When Is the Best Time to Send an Important Email? 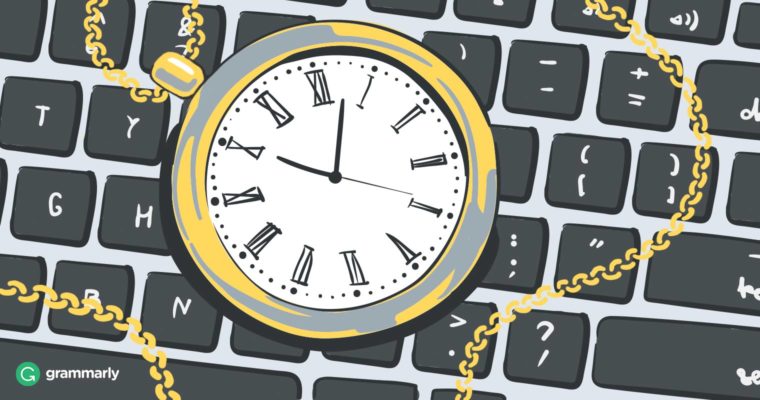 Your email may never be opened. Sure, you wrote brilliant copy. You also took the time to craft a compelling subject line. You followed good email etiquette. But, unless you considered the best time to send an email, your message may still be destined for the trash bin.

By my conservative estimate, I’ve sent at least 100,000 emails since the early days of the Internet. (May Prodigy rest in peace.) It wasn’t until I started handling public and media relations a decade or so ago that I gave a second thought to how an email’s send time affects open rates. Time of day may not be important if you’re writing your grandma in Poughkeepsie to tell her you won’t be making it to Thanksgiving dinner (although, if she’s email savvy, she may wonder what on earth you were doing up at 3 a.m.), but it’s crucial for things like:

Although strategically timing email deliveries is an art that requires intuition, testing, and knowledge of your audience, science can provide some guidance. Let’s take a look at what research says.

What studies say about the best time to send email

CoSchedule, the team behind the marketing calendar software, compiled research from ten different email studies from sources like MailChimp, CampaignMonitor, and HubSpot.

What’s super cool about this sample of articles is that the research varies from studying billions (yes, seriously) of emails to more than 20 million, from case studies to roundups. The data is diverse, but there are dots to connect that’ll help you send emails on the best days and at the best times.

Let’s look at the facts.

The best day to send email

According to the studies, Tuesday was “hands down the #1 best day to send emails.” So, if you’ve got a big email campaign coming up, or you just want to make sure your boss is going to open your pitch asking to be considered for a promotion, you can’t go wrong sending email on Tuesday. Research says your email is more likely to be opened then than any other day of the week.

The second-best day to send an email is Thursday. If you’re going to send an initial email and a follow-up, you could consider sending the first on Tuesday with a follow-up on Thursday.

Wednesday ranked as the third best day for sending email, clinching a win for the middle of the week. But there’s data to suggest that Saturday and Sunday are good days to send marketing emails. (I’ll admit to having opened a sales flyer or two on those days. Have you?) The data may be slightly skewed, though, because those are also the days when the fewest emails are sent. Although the open rates may be higher, the actual number of emails opened is much lower.

The best time to send email

According to the collective research, 10 a.m. is the best time to send an email. (11 a.m. ranked right up there, too.) Surprisingly, the time slot between 8 p.m. and midnight ranked as the second-best time. But think about it—how often do you check your email before heading off to bed? (Yeah. Me, too.) And, because half of us also check our email first thing in the morning, 6 a.m. is also a prime time.

Afternoon, at around 2 p.m., also seems promising. It’s toward the end of the workday, at a time when people are getting restless and looking for distractions.

What Grammarly learned about the best time to write email

“Early to bed and early to rise makes a man healthy, wealthy, and wise.” That’s the old proverb often attributed to Ben Franklin. And, according to Grammarly’s analysis, it turns out he may have been onto something.

The Grammarly team wanted to know whether time of day had a measurable effect on the quality of a person’s writing, so we crunched over one billion words proofread by our app in search of answers. Ben Franklin might have been pleased with our discoveries. We learned that, although we can’t know the status of their health, wealth, or wisdom, Grammarly users do their best online writing early in the day.

The takeaway? If you’re going to write late at night, at least get help checking your grammar, spelling, and punctuation.

Why you should consider your email’s audience

All this data analysis provides a helpful baseline, but the reality is that your audience ultimately determines the best day and time to send an email, whether it’s to an individual or a large group.

I’ve spent a good deal of my working life writing to journalists. Finding the best time to connect with the majority involved thinking about what their workdays might be like. Many journalists rise early and check email first thing. My message could be waiting in their inbox, and if it offers an intriguing hook (including a compelling subject line, clear and concise copy, and a strong call-to-action), it’s more likely to get a response. By getting into my recipient’s head, I’ve had PR campaigns with 55 percent response rates. (Which, in case you don’t know, is darn good!)

Go ahead and use the mountains of email research as a guideline. After all, you probably can’t go too wrong sending important emails on Tuesdays at 10 a.m. But to truly optimize for a mass audience, consider your recipients, theorize a few of the best times to reach them, and then test your theories. Happy emailing!