What Was the Best New Word Added to the Dictionary in 2017?

Grammarly
Updated on May 21, 2019Lifestyle 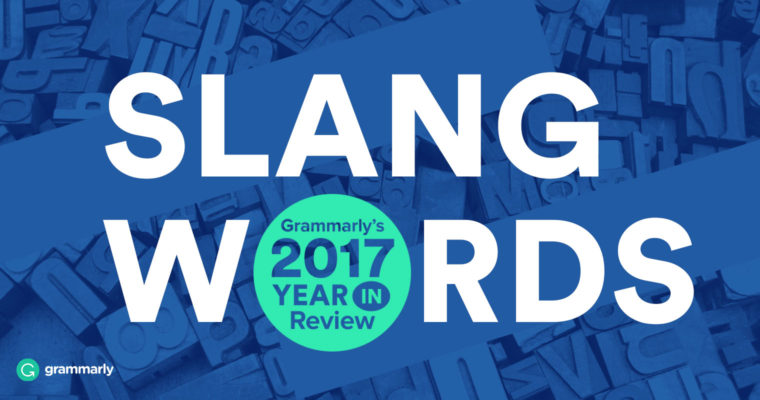 Thanks to the fine folks at Merriam-Webster, our dictionaries continue to get heavier and even more robust than they were twelve months ago.

As language evolves and new words continue to flood our lexicon, it’s good to have more ammunition for any conversation or correspondence you encounter. When new phrases from popular culture get cosigned and introduced into our language, it’s important to recognize the terms that make you stop and think and appreciate our evolving forms of communication.

Both in verbal conversation and in written communication, Grammarly loves to recognize wordplay of all sorts. So with that in mind, let’s look at eight great English words that were added to the record books, or in this case, books of record, in 2017.

Take a look at the new words that achieved dictionary-status and inspired us to diversify our style. Vote for your favorites below and use the comments section to let us know what new words and phrases made waves where you live!

What it means: To abruptly cut off all contact with (someone, such as a former romantic partner) by no longer accepting or responding to phone calls, instant messages, etc.

What it means: A string of empty, incoherent, unintelligible, or nonsensical words or comments.

What it means: A term used to describe frozen yogurt. Often used before another noun—a froyo shop, froyo flavors.

What it means: Something inferior, ineffective, or unimpressive: something weak.

What it means: To move into the frame of a photograph as it is being taken as a joke or prank.

What it means: To express contempt or disrespect for someone publicly, especially by subtle or indirect insults or criticisms.

What it means: An article consisting of a series of items presented as a list.

What it means: To cover one’s face with the hand as an expression of embarrassment, dismay, or exasperation.