4 Infuriating Work Habits and How to Avoid Them 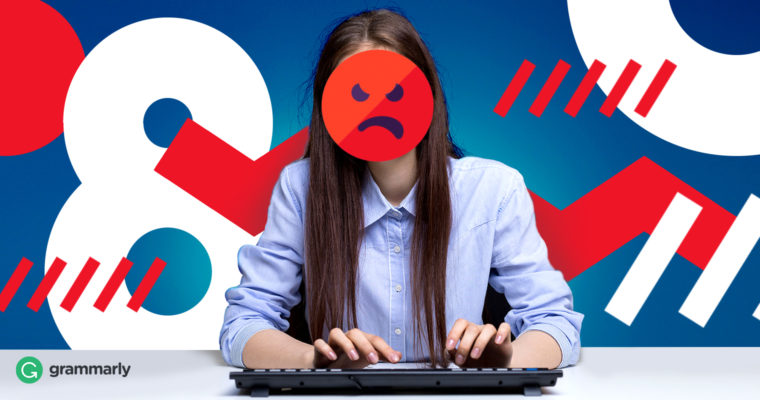 Considering all the time you spend at the office, it’s no surprise that your workspace, coworkers, and overall approach to everyday tasks have a big influence on your morale. We’ve all been there: you’re chatting with colleagues and you get a little heavy-handed with the emojis, or you’ve got an update most of your team will enjoy so you pop it into the general chat. It seems innocuous enough, but as it turns out, these—and other—little tendencies can really get under others’ skin. We polled our community to see which behaviors are the worst. Here are four irritating work habits that we’re all guilty of and tips on how to avoid them.

Despite how it might feel sometimes, it is possible to overuse emojis—especially at work. When we asked our community, 54 percent said that excessive emoji use was worse than noncommittal one-word replies (46 percent). Emojis are suboptimal because they have layered meanings, and as such aren’t necessarily inclusive. Furthermore, certain emojis or too-frequent use of emojis can seem unprofessional. Here is how to get your emoji use under control.

Obviously, the best way to stop emoji overload is not to use them. But it’s not always necessary to completely eliminate emojis. Try identifying people and situations that you should not use emojis with. Conversations with managers and new professional contacts, mass emails, or large group chats are all iffy situations for emojis. Furthermore, it can be helpful to know that some emojis are too casual or even borderline offensive. Stick to the oldies: smileys and thumbs up.

These unwieldy group chats usually have too broad a scope, too many members, or both. At one time or another, we’ve all been guilty of sharing too much or too often in a general chat. Our community even voted this peeve worse than sending work messages way too early in the morning. Here are some helpful tips for deciding what and when to update in the general chat.

Though one person alone cannot tame the beast that is “Giant Group Chat,” you can make things easier on your co-workers by:

A sneak attack is when someone adds your boss to a thread to intimidate you or encourage a specific outcome. This peeve significantly beat out excessive forwarding with more than 65 percent of poll respondents voting in favor—one of our most strongly supported peeves in the series. Including the manager unnecessarily is decidedly uncool. Here’s how to tell when to CC your boss.

Sometimes it can be difficult to know for sure if your boss needs to be looped in on certain issues. Make sure to think about your motive. If you are adding your manager to a chat or email thread because she needs to be abreast of what’s happening or you need her insight, it’s a great idea. If you are adding the boss to get attention or sway team members to behave a certain way, don’t do it. It’s passive aggressive and makes teammates resentful.

There are already too many frustrating ways that video conferencing and conference calls can go wrong. Background noise is understandably one of the worst because it’s largely preventable. Sixty-one percent of our poll respondents rated excessive background noise worse than unhelpful message updates. Luckily, there are a number of simple troubleshooting tips to prevent feedback on your calls.

Background noise during conferencing isn’t completely preventable, but you can make it less of a nuisance by:

Which of these bad work habits bother you most? What other peeves do you have? How would you fix them?