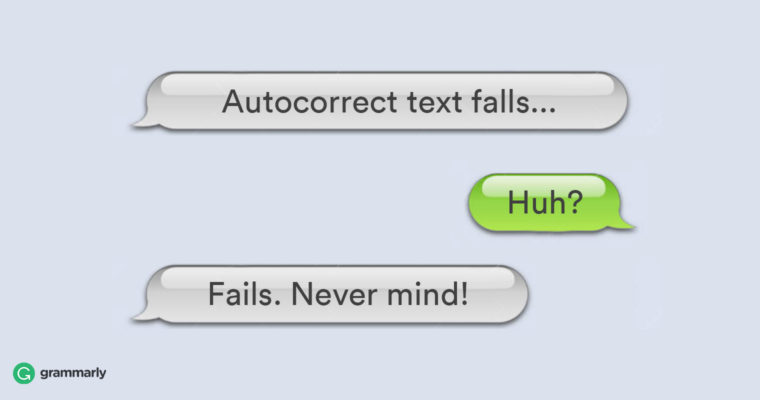 Does your phone’s autocorrect drive you crazy?

Maybe it’s never caught on that you’re “doing well”. . . not “doing we’ll.” No matter how many times you type “gave” it still insists you meant to say “have.” Or it may even think that swapping words like “baked” and “naked,” or “stapler” and “stalker,” is a good idea. (It’s not.)

Not cool, autocorrect. Not cool.

Confusing, error-filled messages should not be the de facto norm of smartphone communication (or any type of communication). That’s why we’ve created a mobile keyboard that finally brings the magic of Grammarly to your iPhone—embarrassing texts, tweets, and posts can become a thing of the past.

But first, let’s take a trip down memory lane with these ten hilarious and cringeworthy autocorrect fails. 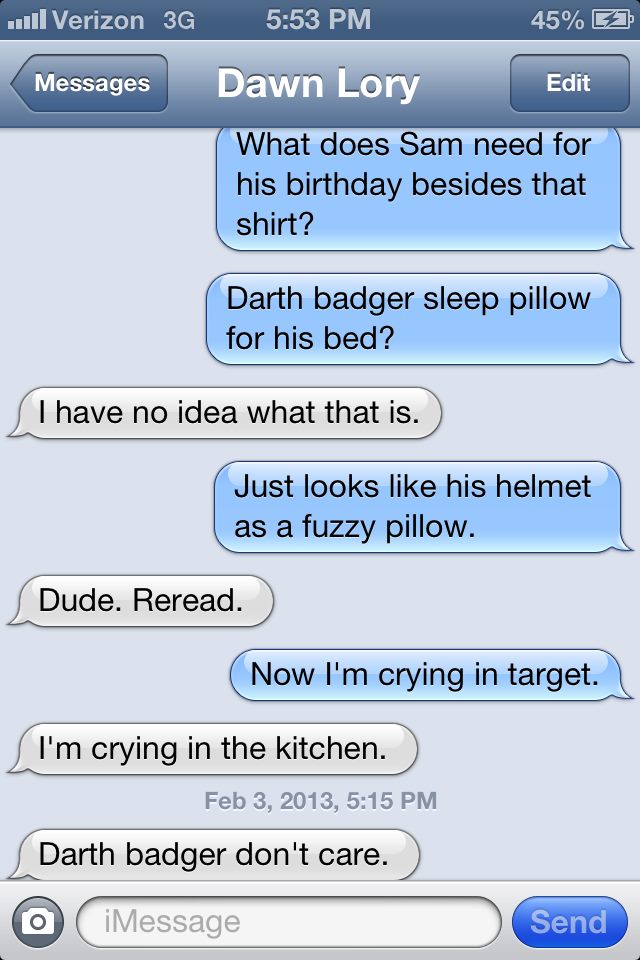 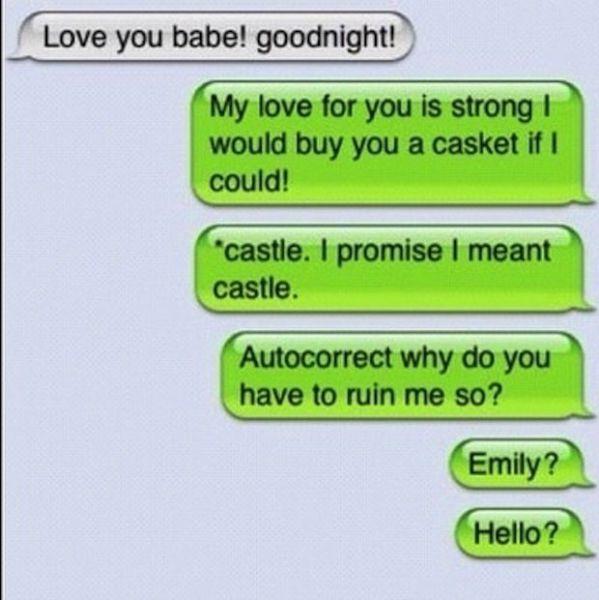 Tired of autocorrect sabotaging your romance? Typing on a tiny touch screen is tough, and it’s inevitable you’ll hit some wrong letters along the way. When autocorrect jumps to conclusions about your word choice, the meaning of your message can get even more garbled (and potentially embarrassing).

Autocorrect wants me to say I gave someone the ginger so here you go. pic.twitter.com/dAWEE9PVKl

You deserve accuracy when describing your latest adventures. Which is why we’ve been working hard to develop an improved autocorrect feature for our new mobile app.

4 Any Barking Dads on the Loose? 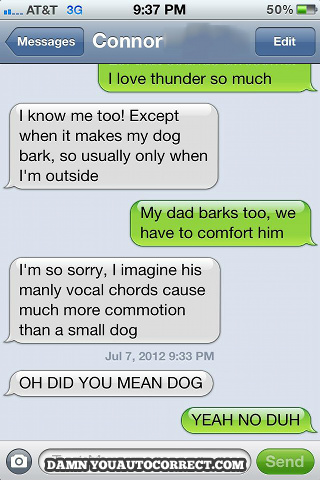 Things can get pretty confusing (and silly) when autocorrect chooses the wrong word.

So if it’s truly not clear which word you meant to type, the Grammarly keyboard will suggest a correction (which you can accept or reject), instead of automatically changing your misspelled word to something totally different. (So long, barking “dads”!) 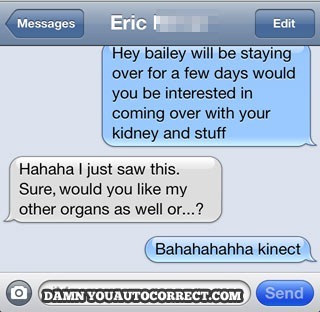 Wouldn’t it be great if your message was understood the first time around?

Sometimes autocorrect has a life of its own. Fortunately, you don’t have to let Sir-Auto-Correct-A-Lot commandeer your writing. You can take back control. 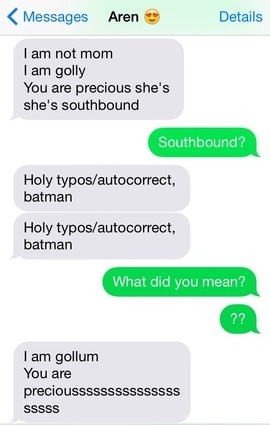 Put an end to the confusion and feel free to express your inner nerd. Our new mobile app recognizes the names of your favorite fictional characters.

i spell something wrong so much that autocorrect doesn’t even suggest the right spelling anymore pic.twitter.com/lh2juQNaNe

The struggle is real. But don’t worry, with hundreds of types of grammar and spelling checks, the Grammarly Keyboard provides accurate corrections and feedback for your common mistakes.

9 So Much For Good Parenting… 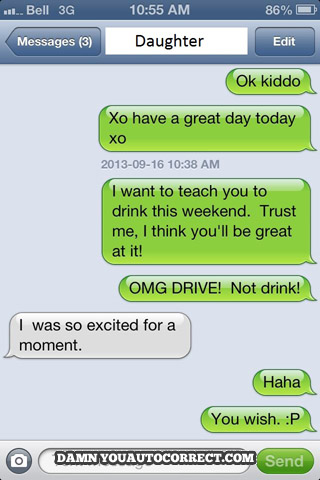 Okay, it’s time to get a better keyboard! Avoid misunderstandings and show up as your best self at home, at work, and in romance.

Stop trying to anticipate what I’m going to say, autocorrect. You are always wrong.

Flawless writing is a beautiful thing. Ready to experience the Grammarly Mobile Keyboard firsthand? Click here to download the keyboard for iOS.