Words to Use When You’re Upset at Work 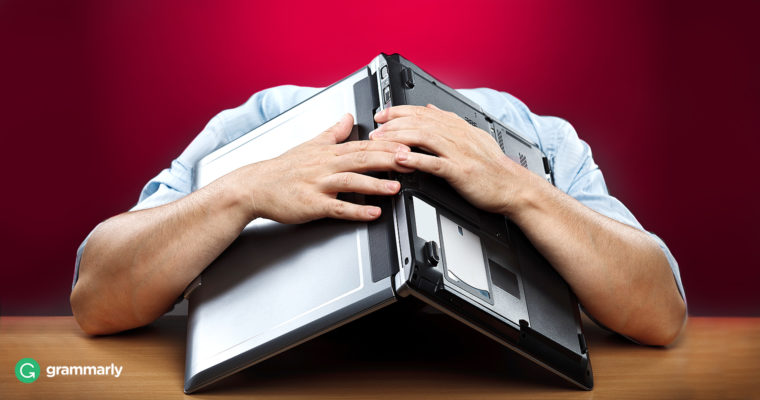 If work conflicts stress you out, you may be tempted to express your frustration with a few expletives. According to CareerBuilder.com, more than 80% of workers believe that “the use of curse words brings the employee’s professionalism into question.” What might this mean for you? If you are the employee, you could damage your chances of a promotion and seem less than mature in the eyes of your coworkers. If you’re the boss, you are a brand ambassador. Clients who find your speech offensive may decide to take their business elsewhere. That said, what can you say if you feel your blood start to boil at work?

Dang and dag nabbit are euphemisms. A euphemism is a mild substitution for a strong or unpleasant term. For instance, dang is a politer version of the word damn. With a little research, you can probably find alternatives for your most scathing four-letter words. A note of caution: it’s possible that someone you know considers euphemisms for swear words just as bad as the original terms. Getting to know the people around you is the best way to determine what’s safe to say and what’s not.

Many times, a disagreement is the root of office tension. Rather than call your colleagues’ opposing viewpoints you-know-whats-y, find a respectful way to let them know you don’t agree. If you say that you don’t see the situation in the same way, you can open up the lines of communication by explaining your viewpoint. You may find that a little clarification of the issue at hand does a world of good. If you want to end a discussion, you might try saying, “I don’t agree.” This simple phrase, said with a smile, is a lot more friendly than a barrage of insults, so it can help you to keep your work relationships healthy.

One online game based on pirates addressed the issue of foul language by creating a filter. Gamers who activate the filter see less offensive, pirate-y versions of swear words that other players type. Don’t worry if your job has nothing to do with pirates. You can personalize your own lingo based on your profession. Are you a journalist? How about “great gobs of pustulous paparazzi ”? As an added bonus, if you come up with something really cool, your colleagues will view you as creative rather than crass.

What do you do when someone at work says something particularly insipid? Ask them, “You think so?” Though it sounds innocuous, it’s a great way of gently expressing difference of opinion. The question, said with a mild tone of voice, isn’t likely to provoke a strong response. Either the person will view the question as rhetorical, or they will go on to explain why they have adopted a certain viewpoint. If they are particularly perceptive, perhaps they will ask what you think about the matter.

Often, people apologize for swearing by saying “pardon my French.” However, if you say “au contraire,” there’s no need to ask for pardon! This French phrase means “on the contrary.” Of course, you could actually use the English equivalent, but you might lose some of the phrase’s humorous or dramatic effect. One language enthusiast explains the difference between the two expressions: “An earnest argument demands “on the contrary,” but an opposing point of view, not meant too seriously and delivered with a flap of the wrist or a raised eyebrow, justifies au contraire.”

The last thing I want to say is no.

Isn’t this statement true? After all, what you really want to say is $@!!% no. Holding your tongue and using this phrase will help you in two ways, according to a small business forum. First, you let your boss or coworker know that you want to help them accomplish their goals, but something beyond your control prevents you from doing what they ask. Second, you give the impression that you considered your decision carefully and you value their point of view.

How can these numbers help you? If you say them silently, you can calm down and choose your words wisely. What if a situation is especially vexing? Numbers are infinite! Use as many as you need.

Yes, that’s right. The quotes are empty. The old adage still holds true: if you don’t have anything nice to say, don’t say anything at all. Rather than saying something you might later regret, you can remain silent until your heart rate returns to normal. When your head is clear, you will be able to find just the right words to resolve the issue.

Undoubtedly, you will get upset from time to time. If it happens at work, don’t jeopardize your reputation of professionalism by using offensive speech. After you take a few deep breaths and calm down, you might find it easier to use these alternatives. Who knows? With these tips in practice, you may notice less conflict at work as you forge stronger, more respectful relationships with your workmates.