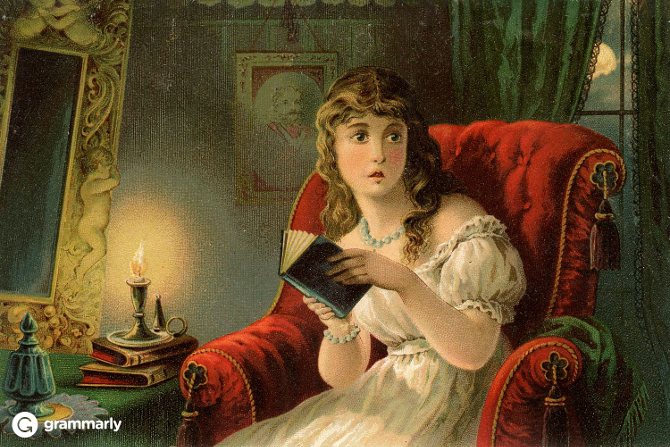 In Greek mythology, the three Gorgon sisters are deadly monsters. Though eldest sister Stheno is the most prolific killer of the trio, serpent-haired Medusa is the most famous today. By some accounts, the Gorgons could kill any man who dared to look into their eyes. These scary sisters are not the only beasts of Greek mythology: Charybdis and Scylla are sea monsters. The little-known Empusa is a lovely shape-shifting demigoddess who transforms into a monstrous creature and devours sleeping young men. Typhon, the so-called patriarch of all monsters, is part human, part dragon, and part serpent. Monsters have always fascinated humans. Aren’t you glad they’re confined to books and stories? Here are six monster books that will scare you from cover to cover!

1 Dracula by Bram Stoker This story is set in the nineteenth century. It follows Jonathan Harker, a fresh-faced English lawyer traveling to Transylvania for a real estate deal. At the castle, he meets the pale, slender Count Dracula. The Count seems strange, but Jonathan doesn’t realize how dangerous he is. When he cuts himself shaving, the Count goes for his throat. This monster thrives on blood! Find out what happens to Jonathan and his curious fiancée in this classic vampire novel.

2 Frankenstein by Mary Shelley In 1816, Mary Shelley and her future husband summered with the poet Lord Byron. Byron suggested that his guests write ghost stories. Inspired by the idea of reanimation, young Mary Shelley conceived the idea of a ghost, not specter-like and transparent, but in a human body. Thus began the story she later developed into the novel Frankenstein. In this eerie tale, a European scientist named Victor Frankenstein experiments with dead bodies until, one night, he successfully reanimates a corpse made from a patchwork of human body parts. Horrified, he falls sick and leaves his creation to its own devices. Not surprisingly, society rejects the naive monster, inciting it to rage. It begins a mission of revenge—killing Victor’s younger brother and others close to the family.

Would you like to know what happens next? Read the novel at your own risk. At the reading of it that summer in Switzerland, Lord Byron screamed and exited the room!

3 The Lord of the Rings by J.R.R. Tolkien According to the prologue, Bilbo Baggins and the other strange-looking little hobbits of this novel are not monsters. They are “relatives” of the human race. Bilbo gives a magic invisibility ring to Frodo, who later discovers that it holds a dark and dangerous power. A wizard advises Frodo to destroy it before it falls into the wrong hands. Frodo attempts to take the ring to a safe place to dispose of it, accompanied by a motley group of characters: a wizard, a secret king, an elf, a dwarf, and a few other hobbits. Together, they are the Fellowship of the Ring. Follow their adventures and meet terrific monsters, such as the fearsome Balrog. Demon-like beings with power over fire and shadow, the eighteen-foot-tall Balrogs glow with firelight emitted through their tough, rocky skin. As if this weren’t enough, they carry something to inflict pain on their enemies. What is it? You’ll have to read to find out.

4 The Harry Potter Series by J. K. Rowling This series introduces Harry Potter, a young wizard attending Hogwarts School of Witchcraft and Wizardry. The citizens of his world include all sorts of creatures, from the half-giant Rubeus Hagrid to soul-devouring dementors. How do the wizards keep track of all these monsters? Why, the Monster Book of Monsters by Edwardus Lima. This cantankerous textbook, used by Hogwarts students, assaults anyone who tries to read it. They are saved if they manage to stroke its spine; the book relaxes to enjoy its massage. Though classified as young adult literature, this series has a loyal following of adult fans.

5 The Parasitology Trilogy by Mira Grant Who says monsters have to be large? The Parasitology Trilogy—Parasite, Symbiont, and Chimera—explores the idea of monsters inside our bodies. The SymboGen organization endeavors to eliminate sickness from society by genetically engineering tapeworms. At first, it seems to work. In time, nearly everyone has an “Intestinal Bodyguard worm.” But suddenly, the implanted tapeworms begin to attack. You will panic along with the entire population of the world in this well-researched medical thriller.

6 Positive by David Wellington A microscopic menace turns people into monsters in David Wellington’s gruesome tale. In this case, it’s the aptly named zombie virus. Finn, the main character, has been exposed. If he is incubating the virus, he could turn into a zombie at any time. As he sets off on a journey, his life is in constant danger. Who could be more dangerous than zombies? Discover more than a few alarming foes in this hair-raising tale.

Serpents for hair? Mutant tapeworms? Fierce books that devour their readers? What will people think of next? The scariest monsters come from human imagination. What amazing creatures can you conjure up? Use these frightening books as inspiration.