5 Ways to Abuse a Comma 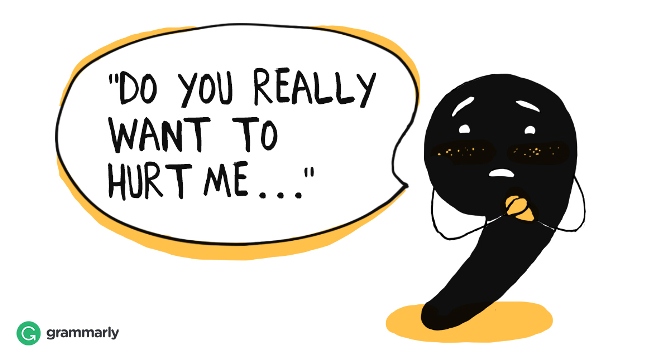 Commas are finally receiving high praise. Teachers stress their role in helping readers discern the correct meaning of sentences. In fact, an entire line of T-shirts is based on how essential these little punctuation marks are. “Let’s eat Grandma. Let’s eat, Grandma.” Do you notice how the comma changes the meaning of the two phrases? The first sentence sounds as if your grandmother is the main course. The second, with the handy comma, invites Grandmother to eat with you. The tagline of the T-shirts brings the point home: “Commas save lives.” Unfortunately, commas are misused as often as they’re praised. How can you avoid these five comma abuses?

1 Failure to Place Commas in a Series Commas deserve their rightful place in a list of items or activities. They help the reader to differentiate between the individual elements of the list. It’s wrong to leave them out; it results in confusion for the reader. The Grammarly blog highlighted the hijinks of one Internet prankster back in 2013. He proved the value of commas by using image editing software to remove the commas from the cover of an issue of Tails magazine. How would you understand this title without commas? “Rachel Ray finds inspiration in cooking, her family, and her dog.” Why, you might accuse the television chef of cannibalism!

2 Using Commas to Create Run-on Sentences Running red lights may result in traffic fines. Many readers would like to impose a similar penalty on comma abusers. Run-on sentences, such as this one, seem to continue forever, they meld together many clauses that could be separated into their own sentences, sentences that should rightly end in periods, sentences that leave readers bewildered as they try to follow the criminally long train of words. To avoid this gaffe, don’t use commas to join independent clauses without a coordinating conjunction. Separate the sentences with a period or a semicolon.

4 Not Giving Commas Their Proper Place in Dates When you have a day, month, and year, commas work wonders to help readers keep the numbers straight in their minds. People often forget to place the comma after the year. It should look like this: On January 12, 1986, I was born in a small rural clinic. If you have only a month and a year, don’t use a comma: The babies of January 1986 are now turning thirty years old.

5 The Identifier-Name Issue The New York Times published an article about one comma mistake in 2012. How do you know whether you need commas around a name or title? The tip from the article concerns the “essential vs. nonessential” comma rule. Let’s look at an example:

I read Jodi Picoult’s latest novel, Off the Page, at the suggestion of my first writing coach, Beverly Sutton.

Here, you need commas around Off the Page and one before Beverly. The article explains, “The basic idea is that if the name [Beverly] is the only thing in the world described by the identifier [my first writing coach], use a comma before the name (and after it as well, unless you’ve come to the end of the sentence). If not, don’t use any commas.”

The T-shirts mentioned in the opening paragraph reference one of the most common comma abuses. People often carelessly leave out commas where they should be or add them where they’re unnecessary. Some mistakes are amusing, but others cause real confusion. Let’s not eat Grandma. Let’s make it a goal to put commas in their proper places.