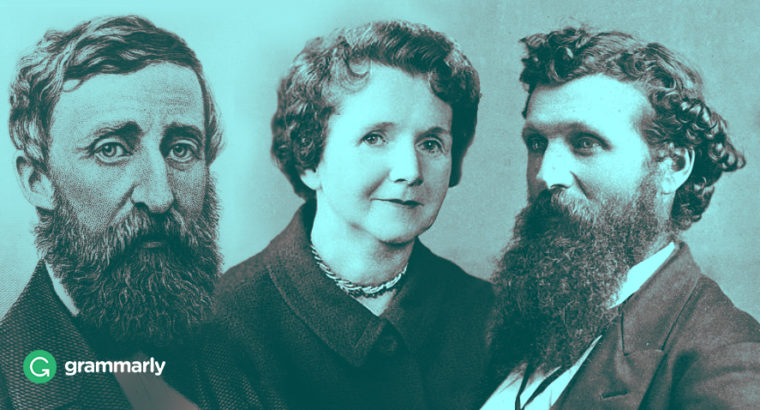 We tend to look at the world’s problems with sustainable development and environmental troubles as the burning issues of our time. The environmentalist movement has been gaining momentum for the last couple of decades, and at this point, most of us should acknowledge that the world has a problem and that we need to fix it. For those purposes, here’s a short list of influential authors who will help inspire the environmentalist in you.

Henry David Thoreau is an author who needs no introduction. With interests in society, history, biology, and politics, Thoreau would be the perfect person to discuss the challenges of today’s environmental issues. In his own time, he was a visionary whose work proved to be influential well beyond the borders of his country. The book that puts him on this list is, of course, Walden.

The Scottish-American naturalist and writer John Muir is an important early figure in the US conservationist movement. One of Muir’s most significant credits is his role in making Yosemite Valley a protected national park. As a writer, Muir produced fourteen books. His most famous book is My First Summer in the Sierra, full of contagious joy and admiration for nature and the landscape of the Sierra Nevada Mountains.

Rachel Carson, a marine biologist and conservationist, was the author of Silent Spring, the book that helped ban DDT and started the movement that helped create the Environmental Protection Agency. This alone makes her one of the most significant environmental authors of the twentieth century.

Wangari Maathai was not primarily a writer; she was a Nigerian environmental and political activist and a recipient of the Nobel Peace Prize. In 1977, she started the Green Belt Movement, which aimed to empower women in Kenya through taking practical environmental action like planting trees and fighting against deforestation. A champion of sustainable development, democracy, and gender equality, Maathai managed to produce a sizeable body of written work, with The Green Belt Movement: Sharing the Approach and the Experience being the most famous part of it.

Even though he’s not a prolific writer, the German chemist Michael Braungart’s work in sustainability will undoubtedly earn his small body of work a place next to other environmental classics in the future. Braungart’s primary concern is the transition from the cradle-to-grave model of industry to a cradle-to-cradle one. He co-authored his most famous written work, Cradle to Cradle: Remaking the Way We Make Things, with the US architect William McDonough.