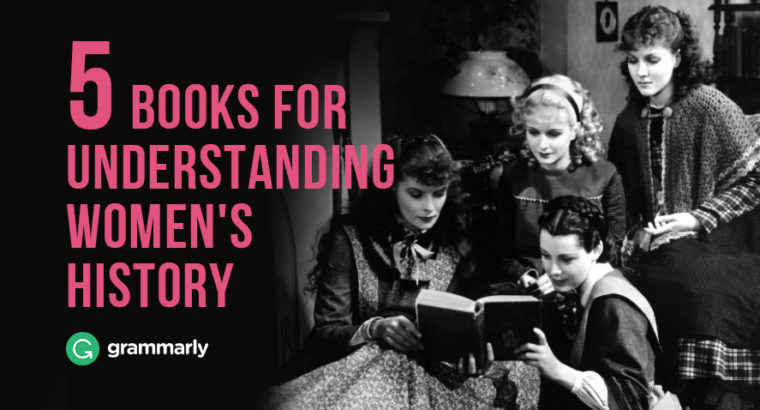 Close your eyes. Can you picture the significant women in your life? The images of women whom you interacted with during your lifetime are vivid, but what about those who lived in generations past? Even when no physical traces survive, we can still envision them. How so? Notice how Emily Dickinson gave a glimpse of her physical appearance: “I had no portrait, now, but am small, like the Wren, and my Hair is bold, like the Chestnut Bur – and my eyes, like the Sherry in the Glass, that the Guest leaves – Would this do just as well?” Can you see her in her words? Words can reveal much about the women who lived before you. Here are five books that will allow you to look back in time.

The Feminine Mystique by Betty Friedan

Betty Friedan conducted a survey of her college classmates for a class reunion. She found that many felt dissatisfied with their careers, or lack thereof, after graduation. Moving beyond her classmates, she discovered that many women experienced discrimination based on their sex. She tried to publish her findings, but it seemed no magazine was interested in what she had to say. In the early 1960s, she compiled her research into a nonfiction book—The Feminine Mystique. History credits this book as an accelerant of the women’s movement.

How were African American women affected by historical developments? Unfortunately, textbooks haven’t always recorded the minority perspective. This volume explores history through fiction written by women during the last forty years of the twentieth century. The introduction quotes Ralph Ellison: African American culture is “expressed in a body of folklore, in the musical forms of the spirituals, the blues and jazz; . . . a cuisine; a body of dance forms.” Historical fiction can introduce you to characters who won’t appear in a history textbook—the ordinary people who lived in extraordinary times.

Little Women by Louisa May Alcott

How would it be to grow up in New England during the Civil War? This book offers a portrait, not of one woman, but of several sisters with distinct personalities. There is Meg, the eldest girl, nostalgic for the wealth and luxury of the old country. There’s also Jo, the tomboy, who wanted to follow her father into battle rather than fulfill the traditional roles of a lady of her time. Beth is sickly but emotionally strong. Her sweet nature bonds the family together. Amy is the youngest and the most ambitious. She wants to improve her station in life, so she journeys to Europe to find her destiny. Other strong characters, Marmee and Aunt March, reveal even more about this tumultuous period in history.

Memoirs of a Geisha by Arthur Golden

This fictional account chronicles the life of one girl who becomes a geisha in Japan on the eve of World War II. Geishas were young women trained to entertain and please men. Chiyo, later called Sayuri, learns to play instruments, dance, and perform tea ceremonies. When she is older, she faces the mizuage ceremony, where the highest bidder wins her virginity. This book will take you into a secret world where you will learn that sometimes you must choose the lesser of two evils.

The House on Mango Street by Sandra Cisneros

Do you remember with fondness the house where you grew up? Young latina Esperanza Cordero feels a connection to her home, family, and community. At the same time, she longs to leave her impoverished Chicago neighborhood. As did other women throughout the centuries, she faced a choice. Should she endure her circumstances or should she break free to try to find a better life?

After you read a page or two of one of these books, meditate on the descriptions the author provides. Think beyond how the characters dressed or how they talked. Think of their emotions and attitudes in the face of changing times. The books can’t take you back in time, but they can paint a vivid picture of how life was for women during different phases of history. And as Emily once asked, “Would this do just as well?”

LifestyleEight Christmas Grammar Mistakes That Will Make You Think

LifestyleWhat Novel Are You? The Quiz

LifestyleThese Books Will Help You Truly Relax on Vacation
Writing, grammar, and communication tips for your inbox.
View Comments