Grammarly’s Writing Encyclopedia: 2019 in Language From A to Z 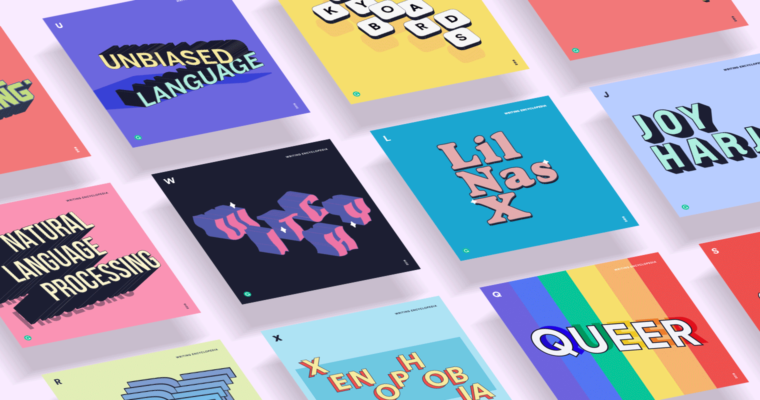 2019, our last year of the decade, is coming to a close. And of course, the year was determined to go out with a bang—as far as writing is concerned. Here are the language trends that those of us at Grammarly found the most fun, interesting, and sometimes world-changing. 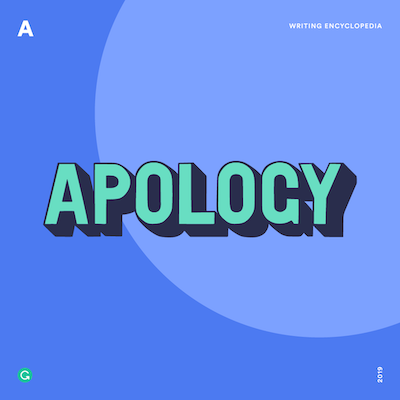 2019 inspired a lot of public apologies and even more “canceled” celebrities. Public apologies are the norm for public figures, and the Notes app still persists as a common medium for celebrities to post heartfelt (or not-so-heartfelt) apologies. 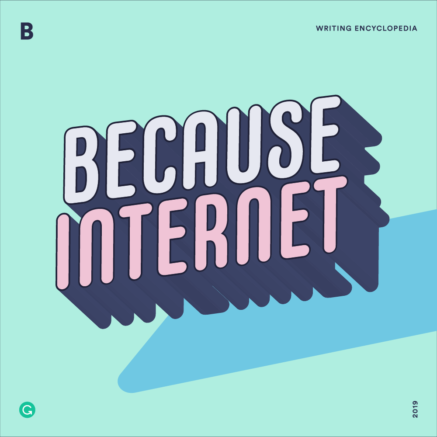 Language pedants have long bemoaned the rapid changes in English since the advent of the internet. Internet People not only enjoy online neologisms, they’re often involved in creating them. In her first book on the subject, Because Internet, internet linguist Gretchen McCulloch helps us all understand how being online has affected how we write. 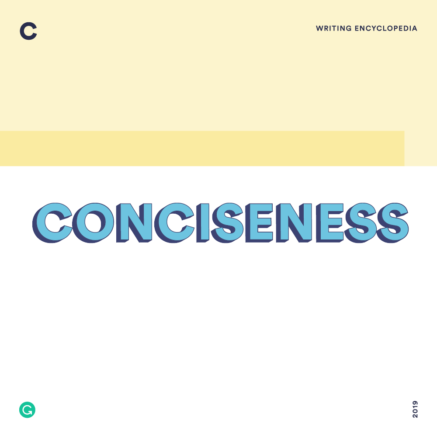 In an era where we’re often reading on small phone screens, writing concisely has become more important than ever before. And yet, we seem concerned about sounding abrupt when trying to use our words sparingly.

Grammarly can help you write more clearly!
Be the best writer in the office. 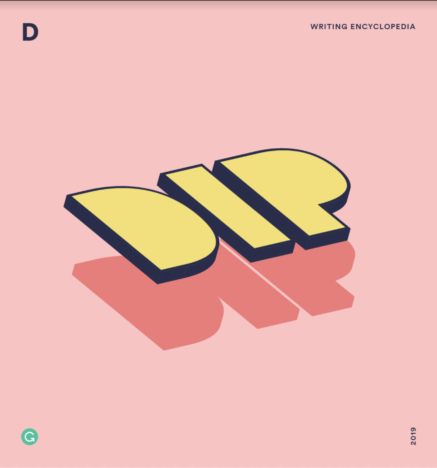 In ballroom culture, a “dip” is a vogueing move in which the dancer falls to the ground suddenly. Often misnamed a “death drop” by those outside the ball community, this move has been largely attributed to the New York ball scene of the 1980s and 1990s.

In 2019, ball culture has come to the mainstream through Emmy wins for shows like POSE and the heavily ball-inspired theme for the Met Gala. Ball slang, too, has entered wider American culture, with terms like “category is,” “tens across the board,” and “read” gaining wider recognition. 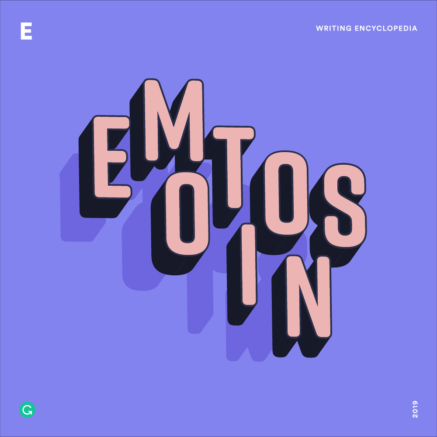 Striking the right emotional note has always been a part of great writing. With the explosion of long-form Instagram captions, direct messages, and tweet threads this year, considering the emotional response your writing might evoke is more important than ever.

Need help checking whether you sound the way you want? Grammarly’s tone detector can help with that. 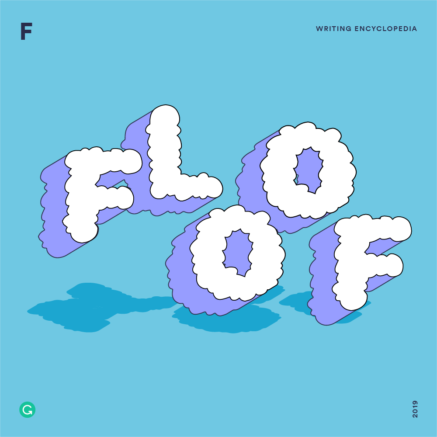 Have you ever seen a dog who resembles a cotton ball, a cloud, a mop, or a marshmallow? You’re probably looking at a floof. A play on “fluffy,” “floof” implies a level of fluff that cannot be contained. 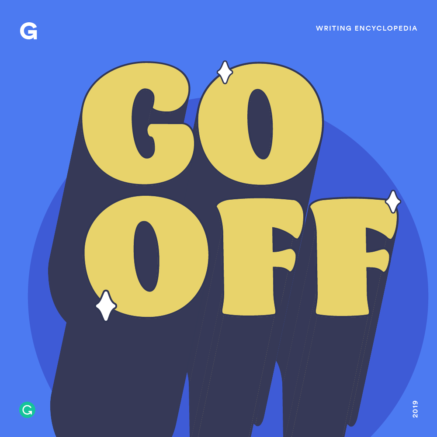 Two pieces of slang come together here: “go off,” something you say to someone who is passionately speaking, whether it’s in anger, enthusiasm, or something more complex; and “queen/king,” terms that come from drag culture. Say it in earnest to your friend who’s going off, or sarcastically to someone who should maybe stop going off. 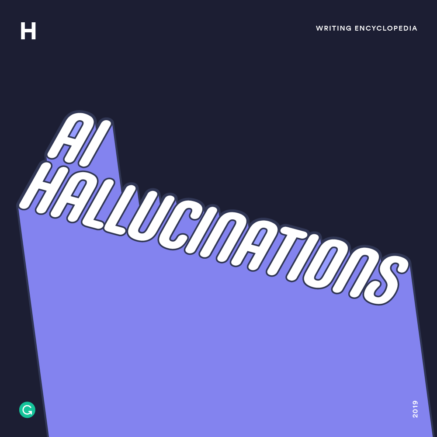 Machine learning systems operate by identifying complex patterns—typically imperceptible to humans—in data. But when they get something wrong, they often get it wrong in a way no human possibly could, like insisting that a picture of a baseball is actually an espresso (hence the term “hallucination”).

Grammarly’s researchers have seen this happen when prototypes of our machine translation models do weird things like make up nonexistent words or replace an entire sentence with “Grrrrrrrrrrrrrrrrrrrrrr……..” As AI becomes more deeply entwined with our everyday lives, it’s something to keep an eye on. 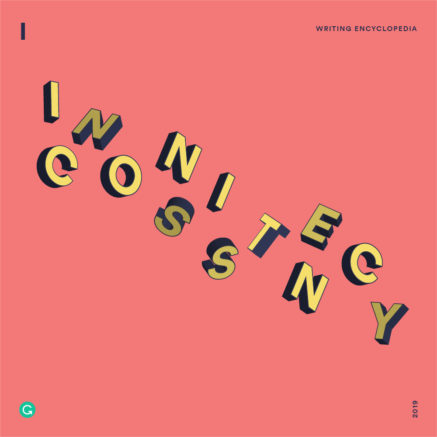 As language continues to evolve, the “rules” of grammar or punctuation have more exceptions and gray areas. In fact, many spelling and punctuation guidelines have been open to interpretation for as long as they’ve existed.

If you want to make a specific stylistic choice in your writing—that’s great! You can use Grammarly to ensure that you keep your writing consistent, even if both ways of writing are equally “right.” 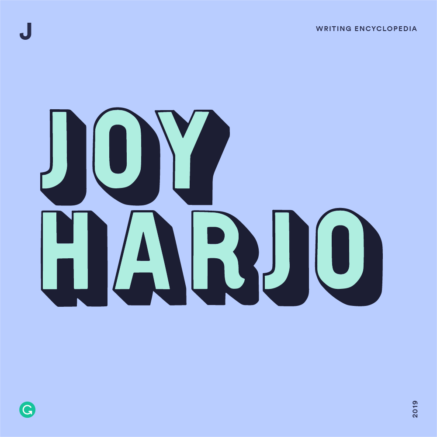 Joy Harjo, the United States Poet Laureate—she was announced in June of 2019—is the first Native American poet to hold this position. “It’s such an honoring for Native people in this country, when we’ve been so disappeared and disregarded,” Harjo told NPR. Check out one of her poems, “She Had Some Horses.” 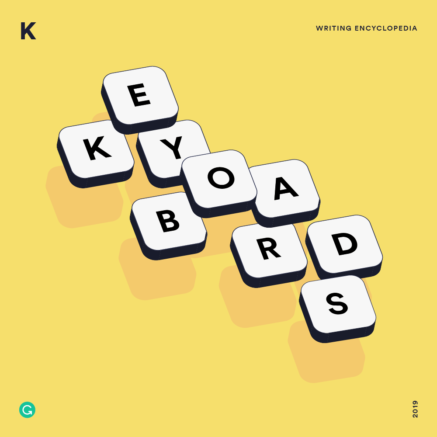 The average person now spends over three hours per day on their phone. While data suggests some of that time is spent either watching or creating videos, many people are also communicating via text more and more. Usage of communication-focused apps like messaging apps, email, and social media apps increased by 35% in 2018, and will likely continue to increase in 2019. 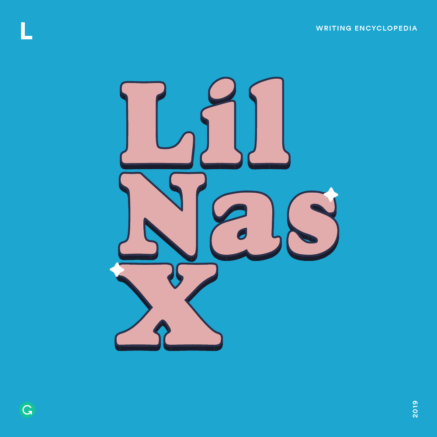 Lil Nas X broke onto the scene with “Old Town Road” earlier this year, gaining popularity on Tik Tok and earning mainstream success with the remix of the song featuring Billy Ray Cyrus. This hip-hop country hybrid called into question what distinguishes the two genres. If it’s not horses, cars, and southern accents, what is it? 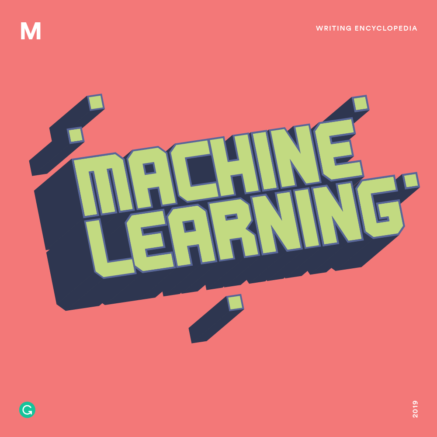 Machine learning is a subset of AI algorithms that enable computers to learn from patterns in data without being explicitly programmed. It’s one of the various AI methods Grammarly uses to improve writing; machine learning helps us make sense of the grammatical and linguistic patterns found in the English language.

This year, machine learning entered the news cycle several times. Whether discussing AI-produced music or how the technology can be used to fight the rise of deepfakes, we don’t expect machine learning to disappear from our topical national conversations anytime soon. 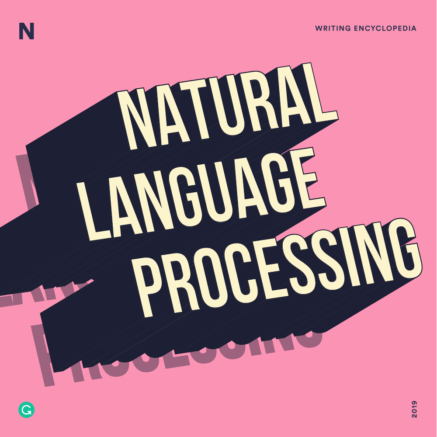 At Grammarly, we’re on the cutting edge of NLP. Our research team has tackled some interesting problems this year—check out our research on using NLP language modeling methods for correcting grammatical errors or our research on AI dialogue understanding. 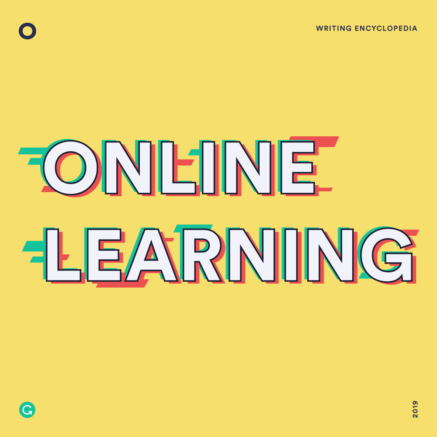 As traditional education costs surge, many have turned to online sources to learn new skills and better themselves. The online learning (or elearning) industry has grown 900% since 2000, and it’s expected to continue rapid growth into 2025. 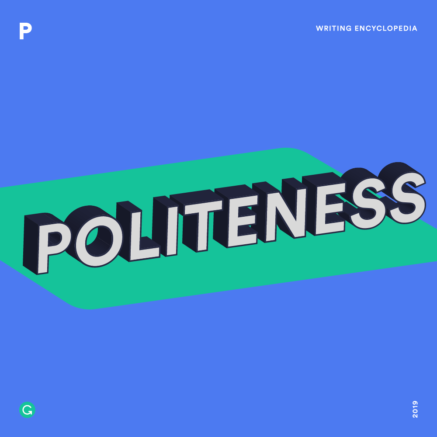 It’s 2019, and we’re still worried about how we come across in emails. Grammarly now helps you adjust for politeness in your writing. Read more about our delivery suggestions. 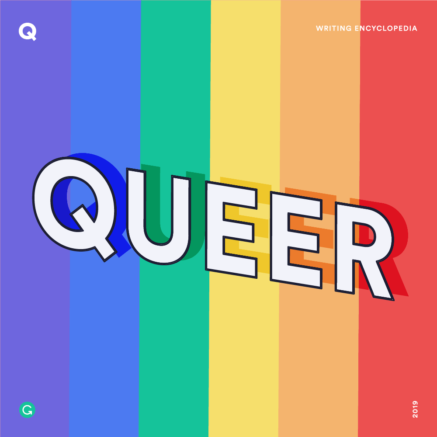 Historically a slur used for members of the LGBTQIA+ community, “queer” is now embraced by some as a catch-all term for their identity or the community to which they belong. Two things to keep in mind when using this word: it’s an adjective, not a noun, and don’t call anyone queer if they do not self-identify that way. Read up on the language of gender and sexuality. 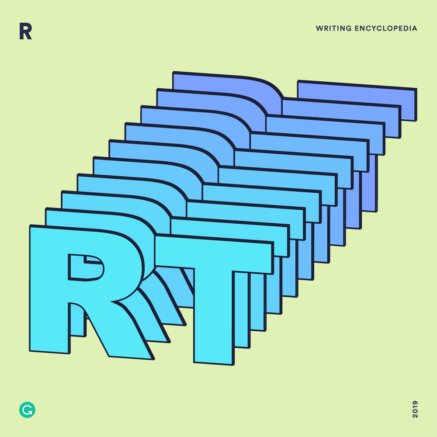 “RT” stands for “retweet,” the sharing function on Twitter that has been a part of the social network’s culture for years. Although this term started on Twitter, it is now being used to mean “agree” on and off the platform. For example: 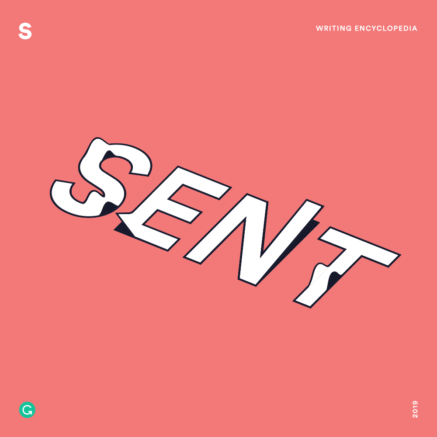 Email has been proclaimed dead numerous times. And yet, here we are in 2019, and people still use email. In fact, more than 36% of people we surveyed spend more than three hours per day on email alone. You can learn more about the state of workplace email in our recent report. 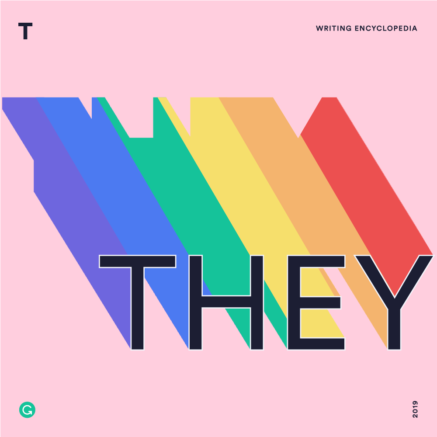 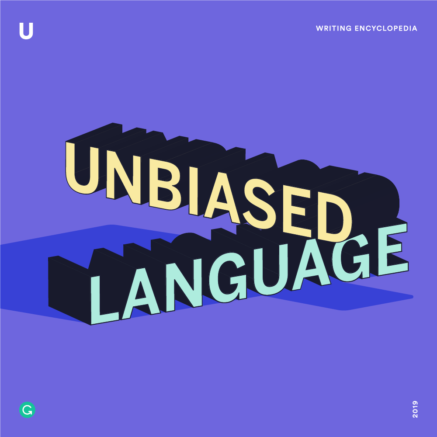 While style guides are often the last to catch up to new language trends, acceptance of terms into the AP stylebook marks widespread acceptance. Check out some of the updates around bias, such as the conditional acceptance of Latinx. 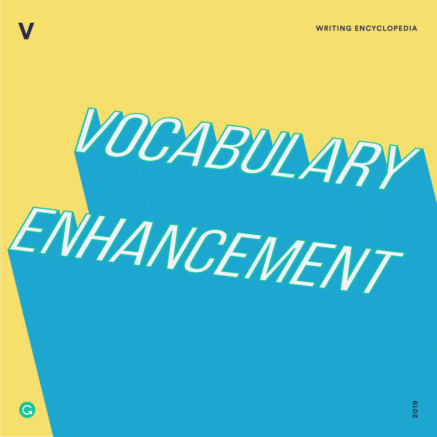 “Vocabulary enhancement” can mean a lot of things. New slang enhances our vocabulary as much as ten-dollar words do. Grammarly has a tool to help you learn new words—just double-click any word in the Grammarly Editor to see synonyms for that word. 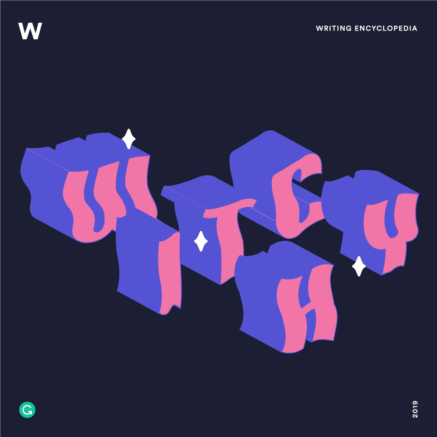 It’s old hat to declare any one year the “year of the witch,” so let’s just say witchy language became more popular this year.

With the appearance of television shows like Sabrina the Teenage Witch and much-lauded books like The Witches are Coming, 2019 was a great year for witchy language and culture. Terms like “retrograde” and “binding spell” have gone mainstream—they might even be called trendy. 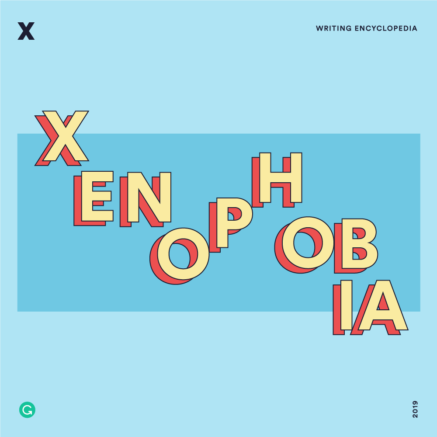 Language and geopolitics have always been inherently linked. And this year was no exception.

In a world that is becoming smaller and smaller due to interconnectivity and globalization, the language people use to describe other countries and cultures has become more visible. From scandals on Twitter to analyses of language trends, the world is taking notice of language that excludes people of different backgrounds. 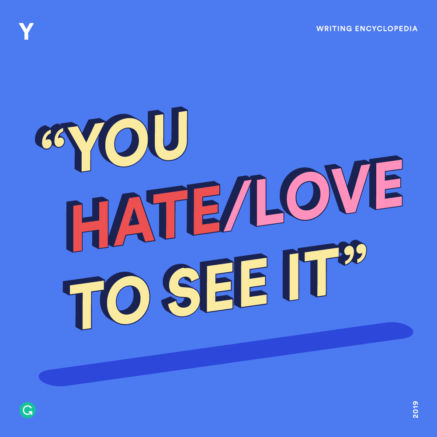 Text memes. You love to see it.

These phrases likely started on sports-inclined Twitter, and they indicate the writer’s disappointment with or approval of a topic. A simple but effective communication tactic for a year of many hot takes. 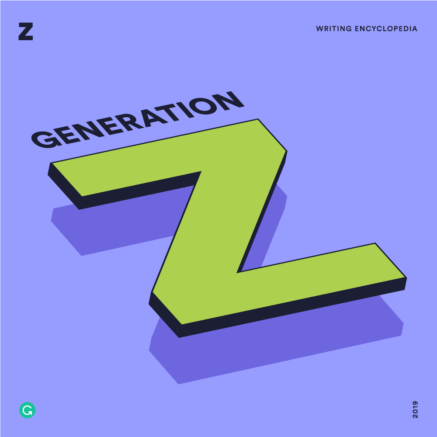 If millennials grew up on desktop, Gen Z is growing up on mobile. Like it or not (and you should like it!) Gen Z is innovating the way we communicate, whether by creating smash-hit songs over TikTok or going back to print for their reading experiences.