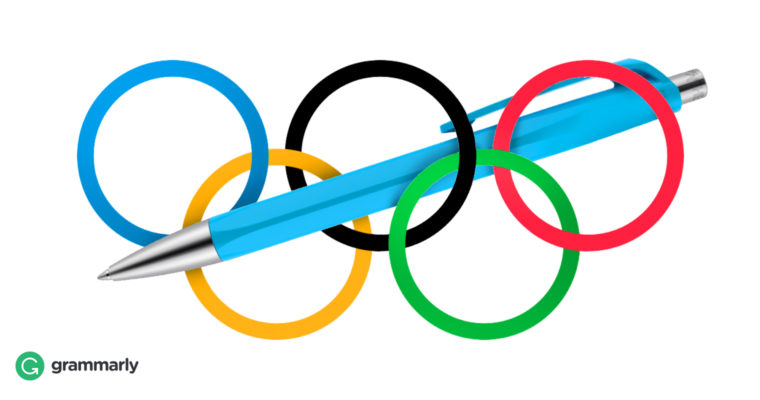 There are two great things that leap years bring to us—February 29, and the Summer Olympic Games. The year is 2016, and the month is August, so we’ve already seen one of the two, and the other is about to start. The 2016 Summer Olympics are being held in Brazil, which is why this year’s games are commonly referred to as Rio 2016. In Portuguese, the language spoken in Brazil, the games are called Jogos Olímpicos de Verão de 2016, but their official name is Games of the XXXI Olympiad. They kick off on August 5, and they are held over the course of sixteen days. That means sixteen days of competition, sportsmanship, and vocabulary you don’t get to hear every day. For that reason, we’ve compiled a list of Olympic words you should know if you plan to watch the Games.

The country in which the Olympic Games are held is called the host.

The people who get the honor of lighting the Olympic cauldron with the flame from the Olympic torch.

An instance of competition. For example, a decathlon is called a combined event and is made up of ten separate track and field events. This is not to be confused with eventing, which is an equestrian event that consists of dressage, cross-country, and show jumping.

An Olympic horse-riding sport. It’s notable for being the only Olympic sport in which men and women compete together on a completely level playing field. It has three disciplines—eventing, dressage, and show jumping.

A great-sounding word, and the name of the arena where track cycling events are held.

When a single soccer player scores two goals during a single game. If he or she scores another one, that achievement is called a hat-trick.

Arguably the least beloved rule in soccer. It states that at least two defending players (that’s including the goalkeeper) need to be in front of an attacking player at the moment the ball is passed to the attacking player.

In tennis, rally is what you call a long string of shots.

This is what you hit with a racket in the game of badminton. In the United States, it is more commonly known as a “bird” or “birdie.”

A type of rugby union in which seven players play on each side. This is the type of rugby that will be played at the Rio Olympics, and the sport most similar to American football we’ll be able to see during the games.

In rugby, a maul is when players gather around their fellow player who carries the ball in an effort to push the player, and the ball, forward.

Now that golf is an Olympic sport, you might as well learn what a divot is—it’s the grass or earth a player’s shot removes from the ground.

In swimming, the flutter kick is the movement swimmers perform with their legs while they are swimming freestyle and backstroke.

In gymnastics, at the end of a routine that involves an apparatus (such as a balance beam), an athlete performs a dismount by jumping off the apparatus and landing on the ground.

The word most of the world uses for soccer.