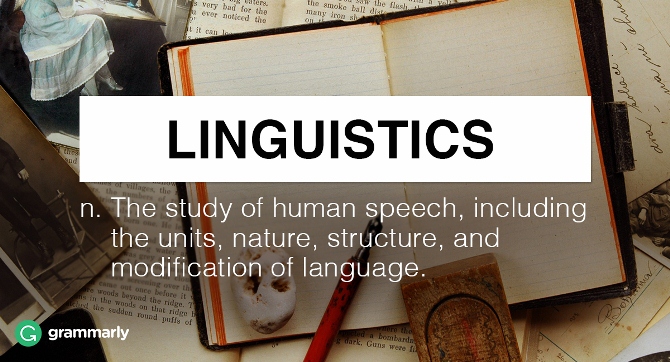 Words like selfie, BitCoin, and even awesomesauce are used by millions of English-speaking people every day. Together, they form a body of new words, developed to address recent phenomena, that are steadily becoming accepted by dictionaries like Merriam-Webster and the Oxford English Dictionary. Well, selfie and BitCoin are. Awesomesauce has not yet been officially added to the OED, although it is recognized by OxfordDictionaries.com. These big and serious dictionaries are very careful when it comes to letting new words in. The OED, for example, added the word “waybread” last year, even though it was coined more than half a century ago by J.R.R. Tolkien. It takes time to learn which words are fads and which ones will stick around.

Vocabulary isn’t the only thing that evolves. Grammar changes too, albeit more slowly. So does pronunciation, but it can change even slower; the Great Vowel Shift took six whole centuries. Novelists and professional wordsmiths aren’t the only (or even the biggest) driving force behind these changes (sorry Will). In fact, if we want to talk about who really drives linguistic change, we have to speak in terms of gender and class.

Upspeak and vocal fry are two fairly recent phenomena, and both of them are causing quite a ruckus (as seen here and here.) Upspeak is when we finish declarative sentences with a rising tone, as if we were asking a question. Vocal fry is almost the opposite—it’s the low-pitched, creaky quality that we produce when we dip into the lowest register of our voice, often at the end of a sentence. What the two have in common is that they are widely associated with young people—initially with women, but increasingly with many young men. And we could discount these phenomena as passing trends, but they just might be here to stay. There’s a pretty decent body of evidence that suggests women are a much greater force for driving linguistic change than men are, and have been for ages.

William Labov, a major driving force himself in the field of sociolinguistics, offers us an explanation as to why women might be catalysts for linguistic change. He noticed that children of both genders tend to experience their first contact with language through their mothers or other female figures. Female children tend to adopt the female-driven language change and develop it further, while male children continue using the first forms they’ve acquired.

Gender is not the only factor in determining who influences linguistic changes. Belonging to a certain class, or having certain social status are also two key elements that can determine a driver of linguistic change. Again, we turn to Labov, who posited in his 2001 book Principles of Linguistic Change, Volume II: Social Factors that high-status members of social groups—that is, the members with lots of connections within their social group as well as outside it—were leaders in linguistic changes. The classes that saw the most linguistic changes were the ones right in the middle of the spectrum—the upper working and lower middle classes. If we were to apply Labov’s findings about class, social status, and gender to the phenomenon of vocal fry, things might look like this: female celebrities, who are members of the highest status group and have connections within their group and a wide reach beyond it, start getting noticed for their use of vocal fry. We’ve seen it with Britney Spears, Kim Kardashian, Katy Perry, and Zooey Deschanel. A younger generation of middle-class females, notably high school girls, begin using it, and eventually pass it down to their children, who perpetuate the change until it becomes the widely accepted norm used across genders, and later, across classes. In fact, in the case of vocal fry, we might be getting there already. And if it does become widespread, you’ll know who did it first. Of course, the fact that we have pinpointed a single demographic group doesn’t mean they are the sole influence on linguistic change. For example, the decline of multiple negations was a male-driven linguistic change. A lot of the foreign words found in English today, words that we love and use, were introduced by migrants who came into English-speaking countries and brought their native languages with them. And we can’t forget the people who create the need for new words either, because there are millions of them all over the world, discovering new things that will need to be named.