Grammar Basics: What Is Sentence Inversion? 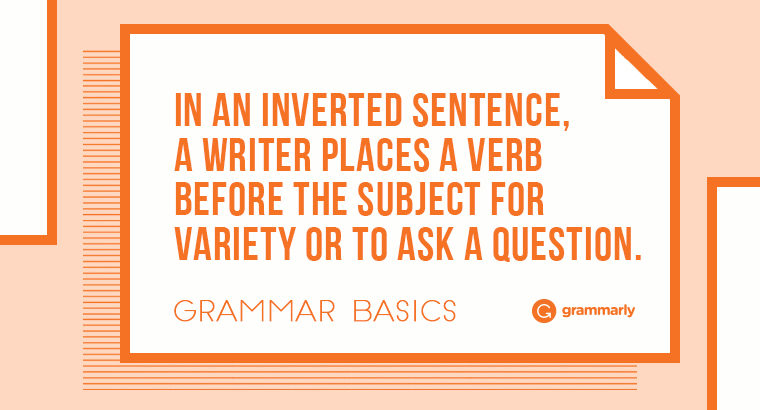 Besides the question mark, how can you tell a question from a statement? One way is to look for sentence inversion. In statements, the subject usually comes before the verb. Questions invert the subject and the verb. In other words, the verb comes first, as in this example: Are you going to need a ride home from school? Sentence inversion isn’t a foolproof method for identifying a question, however. Statements are sometimes inverted too.

Inversion is common when a sentence begins with an adverb phrase: On the windowsill were her two cats, Penny and Percival.

It’s also common when the sentence begins with and is modified by a negative adverb or adverb phrase: Never had she read such a sad book as The Coldest Tear. No sooner had he closed his eyes than his alarm clock rang.

Sentences are inverted with conditionals that omit the word “if” and use had, were, and, should: Had I arrived five minutes earlier, I wouldn’t have missed the train. Should he ask, tell him the reservations were made for Monday.

Inversion is also common after the preposition “so” + an adjective + that: So hilarious was the comedian that the audience laughed for ten minutes after the show ended.

Sentence inversion distinguishes questions from statements. When used with statements, it adds variety to writing. However, it can sound rather formal or awkward. Use it with caution!