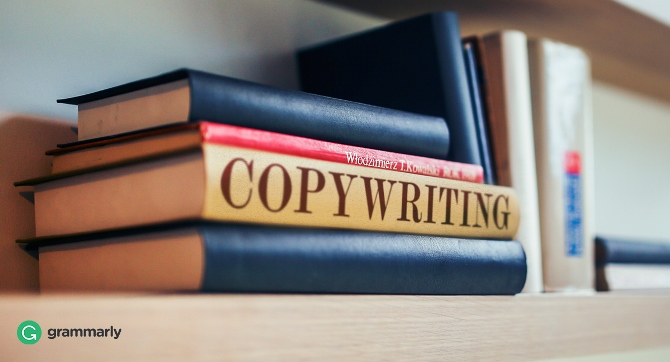 Words influence our thoughts, our decisions, and our actions. They have a palpable effect on our lives. You can accomplish anything by saying the right word to the right person at the right time. That’s the power of words. (And of good timing, but mostly of words.) No one is more acutely aware of this than copywriters—people who use words to persuade other people to do something, like buying a service or a product. But even copywriters can be influenced by words. In fact, if they want to be any good, they have to be. It’s just a matter of choosing the right words to be influenced by.

“They laughed when I sat down at the piano—But when I started to play!” is often cited as one of the best advertising headlines of all time. It sat on the top of a very long ad for the U.S. School of Music, giving the readers precisely enough information to make them want to find out what happened when the protagonist started to play, and why the people were laughing in the first place. The headline was written in an era when long-form ads were printed regularly, long before sponsored content was invented, even before the first television ad was aired. The man who crafted it ninety years ago was John Caples, and he did it in his first year of working as a copywriter. Caples wrote many other great headlines, but to aspiring copywriters, his more important work is a book called “Tested Advertising Methods.” The reason it’s still one of the best books on copywriting is Caples’ willingness to go beyond simply teaching us how to write a killer headline. He also advocates a scientific approach to writing ad copy, constantly emphasizes testing, and always reminds the reader of the folly of resting on one’s laurels.

Mastering the Craft of Writing: How to Write With Clarity, Emphasis, and Style by Stephen Wilbers

Because copywriting is a form of writing, it goes without saying that copywriters need to know how to write with clarity. To be effective in their work, they need to know what to emphasize. And to write flawlessly, they need to know a whole lot about writing style. Exactly the things Stephen Wilbers wrote about in his book. They’re even mentioned in the book’s title. Wilbers’s approach in the book is to give us fifty-two techniques we can use to make our writing better. Among the topics he covers are eliminating wordiness, using strong verbs, structuring sentences and paragraphs correctly, using punctuation for effect, and dozens of other techniques that every writer should know.

Made to Stick: Why Some Ideas Survive and Others Die by Chip and Dan Heath

This book is not about copywriting. However, if you rummage the Internet for lists of books about copywriting that professional copywriters would advise you to read, you’ll find Made to Stick on almost every one of them. The book, written by the Heath brothers in 2007, became an instant hit with people whose work has to do with communicating ideas and concepts. The Heaths’ book explores the world of ideas and concepts and dissects them to understand what makes an idea or a concept memorable and worthy. The writers boil it down to six traits, and if you read the book, you might learn how to make your own ideas stickier. And if that’s not important for copywriting, nothing is.

Persuasive Online Copywriting: How to Take Your Words to the Bank by Bryan Eisenberg, Jeffrey Eisenberg, and Lisa T. Davis

For all of its usefulness, the Internet is a hard place to survive, let alone thrive in. As any online marketer knows, the competition is tough, sometimes even dirty. Customers are always in danger of chasing after the next shiny thing that catches their eye, and keeping them on a website means keeping their attention fixed. You can achieve that with clever website design. But then what? Then, as the Eisenbergs and Davis point out in their book, the customers should take action. They should buy the product or subscribe to the newsletter—whatever it is you need them to do. With Persuasive Online Copywriting you can learn how to write effective copy that actually works online. The whole book is teeming with humor and wit, but its no-nonsense style drives the point that good copy is the copy that sells.

Joseph Sugarman. The man who once lived in Germany as a CIA agent, later founded JS&A, and put pocket calculators, cordless phones, and digital watches on the map. A true legend of marketing and advertising, Sugarman is the author of what might be the definitive copywriter’s manual: The Adweek Copywriting Handbook. You can find all the sound advice on copywriting you ever needed to hear in Sugarman’s book. It reminds us that we need to know the customer to write good copy, but we also need to be experts in the products or services we’re trying to sell. It says we should write quickly, come to terms with lousy first drafts, and learn to polish them. It teaches us how to create compelling copy that people will want to read. The book is a real copywriting handbook, helpful to both novices and all the Peggy Olsons and Don Drapers out there.