The past tense of spread is spread. Spreaded is a rare, nonstandard variant of spread. Most people view spreaded as an error.

Have you ever seen pictures or videos labeled “oddly satisfying?” They often feature two items that fit perfectly together or a pattern that seems uncommonly precise. For some people, spreaded seems like a fitting past tense for the verb spread. After all, the past tense of thread is threaded: She threaded the needle. Spreaded rhymes with other past tense forms such as shredded, sledded, and breaded. Might spreaded fall into this category of oddly satisfying things?

Some news sources seem to think so. Spread means to distribute, stretch out, or extend. In an article about the Zika virus, the Latin Post reported: “Still, authorities recently concluded changing the location of the Olympic games will not do much to change the possibility of the disease being spreaded.” A Louisiana newspaper, The Times-Picayune, published this sentence about a recently deceased basketball star: “Williams was diagnosed with prostate cancer six months ago and it rapidly spreaded.” 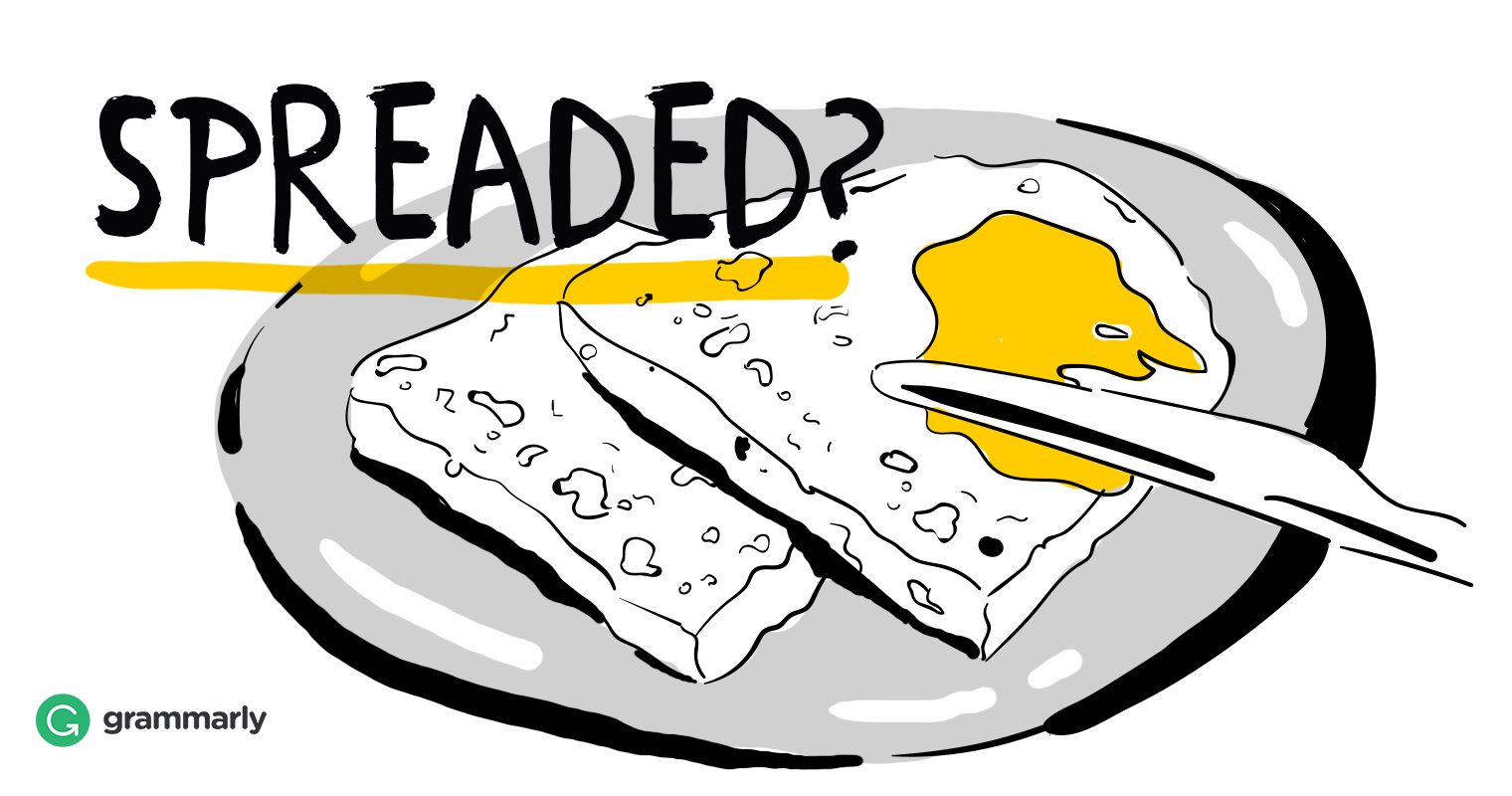 Does anyone disagree? Many dictionaries omit mention of the -ed form. A few online sources, such as YourDictionary.com, designate it as nonstandard. The majority of news sources use spread. For example, The Telegraph used the standard form in an article about butter: “Butter is not that bad for health but may have earned a bad reputation because it is so often spread on unhealthy foods, such as white bread, new research suggests.” ABC30.com followed suit in a piece about a California fire: “According to Fresno fire, a grass fire spread to a commercial structure in Fresno County between Locan and North Avenues.”

Why does spreaded seem so right to those who prefer it? In English, we usually indicate the past tense by adding an -ed ending to a verb. As mentioned in the introduction, similar verbs (like thread) form the past tense this way. Spread, however, is an irregular verb. There’s no particular rhyme or reason to which verbs are irregular in the past tense. If you are not a native English speaker, you might want to make a list and memorize the most common ones.

Should you abandon spreaded completely? Among friends, you can probably say you like your peanut butter spreaded on toast without receiving harsh criticism. However, you might want to opt for the safe, standard option in professional settings.

It seems that spreaded will not make it into the oddly satisfying category. Though you will find it from time to time, this nonstandard form is so uncommon that it is viewed as completely wrong by most writers. The more popular choice of the two is the irregular form spread. Don’t be too disappointed at spreaded’s failure to meet the standard. The Internet is full of pictures and videos that celebrate the perfection of patterns. Why not do a quick search now?