How to Silence Your Internal Editor 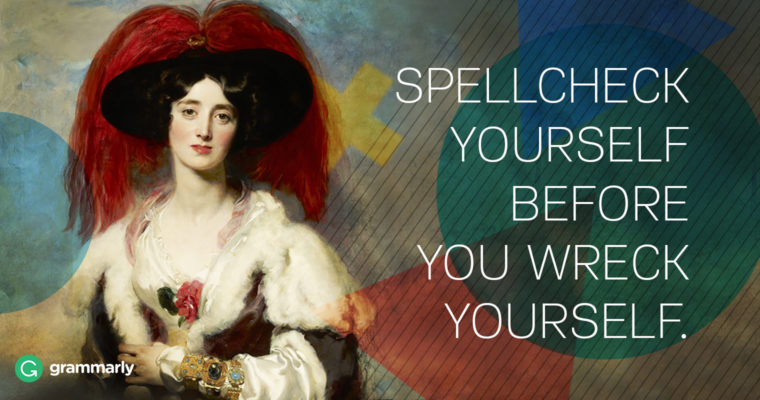 I just wrote this sentence three times—twice to change the direction of my opening monologue, and once to fix some structural errors. I did all that picking and all those rewrites before I even wrote another sentence. It took me about five minutes.

Why did I fiddle so long with one sentence? I have a hard time getting my internal editor to quiet down, so I developed the habit of self-editing as I write. Yes, I eventually got the result I wanted, but it took more time than necessary and my writing ground to a halt while I was doing it. If picking at your writing sentence-by-sentence before you’ve even finished a first draft slows you down and makes you feel less creative, you may want to break the habit. You’ll not only stay more productive, but you’ll keep in the flow so you don’t lose a single bit of inspiration.

Of a number of scribes I hobnob with, I have only one writer friend who doesn’t complain about being unable to get out of her head and just get the words down. (She’s also very prolific. Make of that what you will.) Many of us, when we sit down to write, hear the voice of an inner critic rattling around inside our heads. My voice is so familiar and persistent that I’ve named him the editor demon—Ed for short. But just because I’ve given him a nickname doesn’t mean I think he’s cute. Quite the contrary, sometimes I wish he’d just shut up and let me write.

How do we muzzle our internal editors long enough to get some writing done? Many writers will tell you it’s a lifelong struggle. But there are a few techniques you can try to help you stay in the writing zone and leave editing for later.

Part of learning to get along with Ed (you can name your editor demon Phil or Susan or whatever you like, but for continuity’s sake I’ll stick with Ed) comes with embracing the knowledge that first drafts are inherently messy.

Think of your brain in terms of a cluttered closet. You can’t find anything you’re looking for, but you know it’s in there somewhere. What’s the first step to cleaning out a closet? You take everything out and dump it someplace where you can go through it, scrap what’s not useful, sort what is, and put everything back in a logical order, tidying as you go.

The drafting process is the act of emptying your mental closet into a big, messy, jumbled pile. Only after you take inventory of everything you have can you actually start assembling your thoughts into something that makes sense and reads cleanly. So, whenever you catch Ed nagging you as you’re dumping words onto the page in your first draft, stop him. Remind him that you’ve got to get everything out of your brain closet first before you can tidy it all up. Then get back to writing.

Use a little CBT

CBT stands for cognitive behavior therapy, a rather broad term for certain behavior recognition and modification techniques used in psychological therapy. But you don’t have to be in therapy to put the power of CBT strategies to work for you. All it involves is the ability to recognize when you’re being too critical of your performance. Then, when you catch your inner critic giving you a hard time, you employ a little positive and rational self talk to get your mind back on track.

Let’s say you’re working on a piece of fiction and Ed simply won’t stop interrupting your writing jam to pick apart your work. He tells you that your writing is bad, and that you need to go back to fix it before you can carry on. Here’s how you might use CBT to silence his nagging voice.

This first draft sucks—nothing is going right! My writing is horrible and I’m just spinning my wheels. I should give up.

First drafts are born to be bad! Your writing isn’t horrible, it just needs polishing. You’ll edit later and everything will fall into place. Don’t give up. You’ve got this!

It sounds simplistic, but it works. Self-compassion has proven to be a more effective learning tool than self-criticism, but too often, we let our inner critics get away with bullying us. Would you critique a dear friend by telling him his first draft sucks? Of course you wouldn’t; you’d make a point of giving constructive feedback. Treat yourself with the same care and respect. You deserve it!

A teacher of mine always said, “If you’re not making mistakes, you’re not learning.” She was right, too. When we treat our mistakes as a learning tool—that “teachable moment” you’re always hearing about in corporate culture—you’re more likely to grow and improve. People who think that success comes through hard work and dedicated practice are more likely to learn from their mistakes than those who think talent is innate and you either have it or you don’t.

When you’re being too self-critical, remind yourself that every mistake you make is an opportunity to learn. Brush Ed off your shoulder and tell him, “Quiet! I’m learning here.” Then, continue dumping that jumble of stuff into your draft, making glorious mistakes, confident in the knowledge that you’ll clean everything up when you’re done, and you’ll learn something in the process.

Self-editing as you write isn’t always bad, especially if you’ve learned not to be negative about it. If you’re capable of fixing your writing on the fly without beating yourself up, it could be that you’ve developed a level of comfort and competency that allows self-editing to work for you. Although it took me a while to write that all-important first sentence, once it was out of the way the rest of my article flowed smoothly, with a little editing here and there as I went. Better yet, when I was finished, all I needed was a quick proofreading pass and I was done. If you’re the sort of person who can edit as you write without feeling frustrated and creatively stifled, then go ahead and enjoy your writing superpower.

But Ed isn’t always welcome at my deskside. Sometimes, particularly when you’re digging into more emotional writing such as fiction or poetry, you don’t want to be interrupted by a pesky editor demon telling you that you’ve got to fix that typo or rework that sentence structure right now. When Ed won’t stop his endless critical chatter, just use the techniques I mentioned here. Close your eyes, take a deep breath, and remind yourself that mistakes are part of writing a first draft. Now, write on! You’ve got this.