Writers on the State of Professional Writing 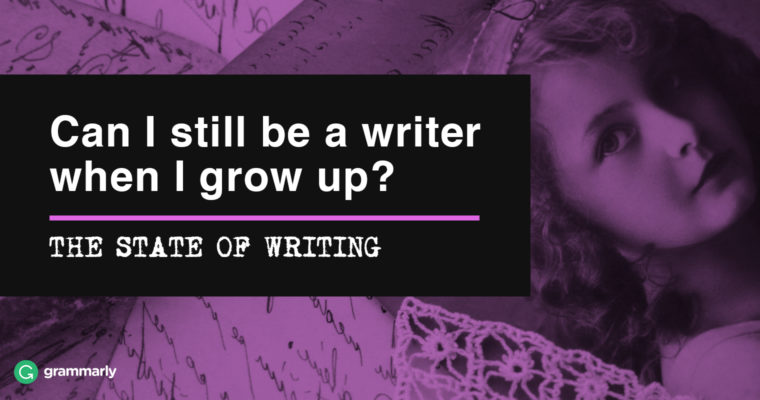 “We live in a content-saturated world,” your editor shrugs. Your coffee has suddenly gone cold, and so has the conversation.

What she means is that the commodity you’re offering – your writing – is hard to sell, because the web has made written words more readily available than ever. Honing a voice that stands out can feel like an impossible gig to take to the bank – which is where, if you’d listened to your parents, you’d be working, instead of haunting cafes and coffee shops with your laptop, trying to grind out a living as a writer.

The trouble is, for some of us, writing isn’t so much a choice as a necessity, akin to oxygen and Wi-Fi. And while writers who can afford spare homes along the French Riviera are the exception and not the rule, plenty of folks still succeed at making a career of it. Here’s what that looks like right now.

Over the past decade, the mobile phone has supplanted familiar writerly standbys like word-processing software. Journalists use smartphones to quickly file breaking stories from the field. Novelists crank out tens of thousands of intimate words on tiny handheld keypads. The New Yorker published Jennifer Egan’s entire science-fiction story “Black Box” as a series of tweets, each one like a line from a poem.

Newfangled gizmos aside, there remains a place for old-fashioned pen and paper in the hearts (and desks) of certain writers – Neil Gaiman among them. The prolific Brit has written everything from comic books to novels to movies, and says writing in longhand helps him resist the allure of online distraction. You won’t find just one color among the pens in Gaiman’s bag, either:

Often I use two pens with different coloured ink, so I can tell visually how much I did each day. A good day is defined by anything more than 1,500 words of comfortable, easy writing that I figure I’m probably going to use most of in the end. Occasionally, you have those magical days when you look up and you’ve done 4,000 words, but they’re more than balanced out by those evil days where you manage 150 words you know you’ll be throwing away.

As Gaiman notes, writing remains hard work. Even titans of the field like John McPhee, the Pulitzer-winning pioneer of literary journalism, has confessed to The Paris Review that he can’t do it without first procrastinating mightily:

You’re out there completely on your own—all you’ve got to do is write. OK, it’s nine in the morning. All I’ve got to do is write. But I go hours before I’m able to write a word. I make tea. I mean, I used to make tea all day long. And exercise, I do that every other day. I sharpened pencils in the old days when pencils were sharpened. I just ran pencils down. Ten, eleven, twelve, one, two, three, four—this is every day. This is damn near every day. It’s four-thirty and I’m beginning to panic. It’s like a coiling spring. I’m really unhappy. I mean, you’re going to lose the day if you keep this up long enough. Five: I start to write. Seven: I go home. That happens over and over and over again. So why don’t I work at a bank and then come in at five and start writing? Because I need those seven hours of gonging around. I’m just not that disciplined. I don’t write in the morning—I just try to write.

Makes you feel a little better about your own morning struggles, no?

Writers are often caricatured as a species of starving artist, just scraping by for little or no pay and trying to build a reputation, as essayist Tim Kreider reflects in The New York Times:

A familiar figure in one’s 20s is the club owner or event promoter who explains to your band that they won’t be paying you in money, man, because you’re getting paid in the far more valuable currency of exposure. This same figure reappears over the years, like the devil, in different guises — with shorter hair, a better suit — as the editor of a Web site or magazine, dismissing the issue of payment as an irrelevant quibble and impressing upon you how many hits they get per day, how many eyeballs, what great exposure it’ll offer. ‘Artist Dies of Exposure’ goes the rueful joke.

Indeed, compensation can range from checks so piddly that the bank teller might sigh audibly while cashing it for you ($50 for a light, quippy post) all the way to a hefty buck-per-word rate for specialized longform reporting.

While some writers bank on having other gigs – the aforementioned McPhee has been a professor at Princeton for decades – not all are broke. Senior writers in the world of medicine, for instance, can easily make double the salary of a plucky word-slinger mashing out vanilla web content.

While the Internet age has made it easier than ever to skip the middleman and publish lengthy works directly online, this is a mixed bag.

On one hand, self-publishing authors who sell their e-books for a few dollars per download on sites like Amazon (which pockets 30 percent of the royalties) now routinely dominate sales, particularly in genres like romance, science fiction, fantasy, mysteries and thrillers. A few even make their way to bestseller lists, lighting a path to bankable publishing deals. Of this evolution, Publishers Weekly has remarked, “what is clear is that strong indie sales will continue and indie books are now a significant and permanent part of the book publishing landscape.”

However, there’s always a risk your work will be stolen. Thieves may tweak a few words here and there, or flip the genders of a few characters and make the lifted work harder for plagiarism-detection software to catch before putting it online under a new title. As a result, plagiarists can rake in thousands before anyone realizes what they’ve done. For the authors getting ripped off, this can lead to a lot of heartache. Straightening out such ordeals – and getting paid back for the pilfered sales – can take a lawyer.

Also, indie writers who thrive in the world of online publishing have to traffic not just in quality, but also in quantity, because the system rewards authors who can quickly follow up on their successes. For some, this means churning out a new full-length novel every month or so – a grueling pace of 10 to 20 pages daily.

So what about you? How are you channeling your zeal for writing? In what directions have you found the industry to be evolving? We’re always eager to read more from you.