How to Write a Press Release: A Step-by-Step Guide 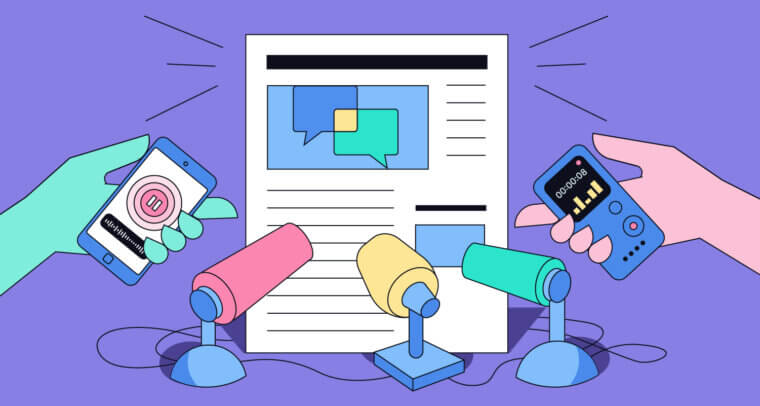 The press release is one of the founding formats of public relations (PR). PR and press releases are essential tools of perception management. Knowing how to write a press release is a vital skill if you want to gain media attention for your business or organization.

Traditionally, press releases have been distributed to newswires, which then disseminate the information to journalists. Because of press releases’ history and the way that they are distributed, they have taken on a standard format.

Press releases are a way to control the narrative surrounding your brand while gaining organic momentum and reach. In this guide, we’ll walk you through how to write press releases for important events or announcements that stand out and gain media attention.

What is a press release, and what is its purpose?

A press release is an official statement that an organization distributes to news outlets or the public. It’s a formal way to collect all information relevant to a story into a one-page source. A press release’s function is to attract media attention.

When should a press release be created or used?

Press releases should be created any time an organization wants media attention for a major event. They can also be used to shape the narrative when a company or organization is facing scrutiny. These events could include:

2  Launch of a new product

How is a press release different from other company announcements?

Press releases are more than formal announcements. In journalism and historically accurate writing, a press release is considered a primary source. They are original documents containing official information. Press releases are also different from other announcements because they’re written in a specific way, with the objective of being picked up and reported on by media outlets.

4 dos and 3 don’ts of writing a press release

When you write a press release, it’s best to follow traditional guidelines. If you want your newsworthy press release to be picked up by a media outlet, you should follow these suggestions.

Do consider the angle of your press release

Focus on how your announcement provides value to your target audience. That’s your angle (and your hook). When it serves people, it’s worth sharing. Conveying a clear perspective or angle will attract more press attention. Consider the outlet you’re sending your release to—a television station may respond to a different angle than a public radio station or a newspaper.

Consider how your story impacts the community. Is there any controversy around this event? Is there progress being made to address a specific problem? How might your press release evoke an emotional response from the reader?

Do include the five Ws

Do hyperlink or source any references you cite

If you use any references in your press release, use anchor text to hyperlink the source. You might choose to reference data, quotes, or other information that needs to be cited. Journalists will often ask where you got your information or for the source of your data, so putting that information up-front will answer those questions before they’re asked.

Press releases should be clear and concise. Journalists don’t have time to read multiple pages, especially when they receive dozens of press releases a day.

*An exception to this rule includes press releases whose goal is to convey complicated and nuanced information, such as those announcing a medical study, a technological breakthrough, etc.

Press releases are formal, professional documents. You don’t want your press release to have any mistakes. Thoroughly revise and edit your release before sending it, keeping an eye out for typos, misspelled names, incorrect dates, and missing information.

Each component of your press release is another chance to convey your angle and show that your event is newsworthy. Avoid making your headline, subhead, and first sentence the same. The paragraphs in your press release should each contain unique information and should easily flow together.

How to write a press release

Adhering to the typical press release outline shows media outlets that your organization is professional. The standard structure also makes it easier for journalists to quickly find the information that they’re looking for. Let’s dive into the types of press releases and what each kind should include.

A press release is essentially one page of news that follows a traditional outline. It should be between 200 and 500 words. Here’s a standard press release outline.

What are the different types of press releases?

A product launch is a great time to create a press release. It allows a company to control which information about their product goes out to the public and generates excitement for their latest innovation. Always include a high-quality photo of the product in a product press release.

Press releases can be used to announce both public and private events. Whether it’s a summary of a private charity event or a public announcement of an upcoming grand opening, an event press release can contribute to an organization’s image and brand recognition.

If the event is open to the public, include a clear call to action and distribute your press release at least two weeks before the event. Play up highly visual aspects of the event through images to garner more interest.

A branding-update press release shows the public how and why your organization rebranded. Include a quote from your organization’s leadership to help convey the intentions of the rebrand. You can take a rebrand press release one step further by making it interactive. Don’t forget to include images of the new brand identity.

Award announcements bolster your company’s reputation. Use keywords and superlative adjectives to emphasize your accomplishments in your headline. Award press releases can also be used to create buzz if your organization is seeking or has recently been awarded funding.

Press releases’ succinct, formal format encourages you to simply state the facts and provide clear explanations without using overly emotional language, even when announcing difficult breaking news. In fact, the first press release ever distributed back in 1906 covered a tragic railroad accident.

8 things all press releases should have

Since media outlets receive hundreds of stories per day, you’ll need a killer headline for your press release to stand out. To create a standout headline, try some of these approaches:

Most press releases simply put “for immediate release” in the date of publication field, but that isn’t your only option. If you have an upcoming event, you can always send out your press release early and instead list the date you’d like it to be released.

The contact information field on the press release should list your organization’s public relations liaison. This field should include their name, job title, email, and phone number.

The summary falls above the body of the press release but below the headline, contact information, and date. The summary is one to three bullet points or an italicized paragraph of two to three sentences relaying the most important information. Keep it succinct.

The first paragraph, or intro paragraph, should start with the location of the event and introduce what the press release is about. Media outlets are looking for a newsworthy announcement and for three of the five Ws—when, where, and why.

You can include one or two detail paragraphs that share facts and figures, more details, or a quote from a relevant organization member. Pick only one or two crucial quotes or statistics that are truly newsworthy. You can use the third paragraph to also relate your press release to a current news event to make it timelier and more relevant.

Also called the boilerplate, the about section is where you tell the press about your company. This section should be two to four sentences and include the last two of the five Ws—who and what. Include the name of your organization and its mission statement, founding dates, and company size.

Traditionally, three pound signs have been included at the end of a press release to indicate the end of the press release content. The signs were used to let wire services know that there wasn’t another page and tell journalists that they didn’t need to wait around for another page. Nowadays, these symbols aren’t technically necessary, but many writers still follow this format out of respect for the tradition.

What is a press release?

When should you write a press release?

You should write a press release for important, newsworthy events that you want publicized.

What are the key components of a press release?

The key components of a press release are: