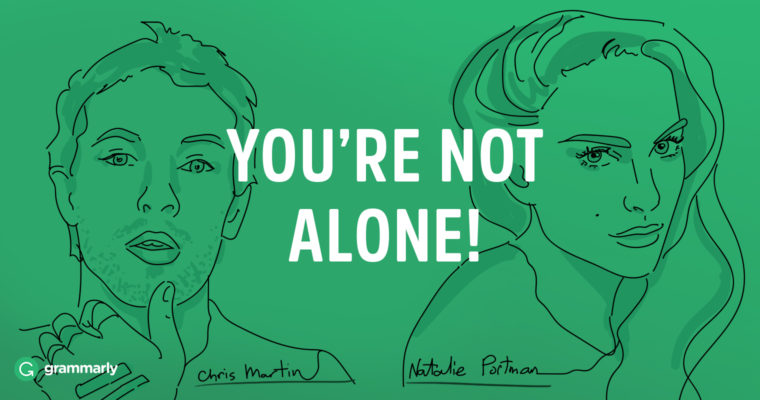 An imposter is a fraud, someone who pretends to be something they aren’t. Often, their motive is to steal or take advantage of others. However, some people who feel like imposters aren’t guilty of any crime. They haven’t intentionally misled anyone.

According to psychologists Pauline Rose Clance and Suzanne Imes, imposter syndrome affects many high-achieving individuals. You’ll be surprised at how many successful people don’t feel they deserve the praise they receive.

Forbes ranked Dr. Chan as 2013’s thirtieth most powerful woman in the world. It’s easy to see why—Queen Elizabeth II named her an Officer of the Order of the British Empire, and she finished two terms as the head of the World Health Organization. You would think that her educational background and decades of medical experience would make her feel like an expert in her field. However, in Susan Pinker’s book, The Sexual Paradox: Men, Women and the Real Gender Gap, she admits: “There are an awful lot of people out there who think I’m an expert. How do these people believe all this about me? I’m so much aware of all the things I don’t know.”

He won a Pulitzer Prize for The Grapes of Wrath. He won the 1962 Nobel Prize in Literature. Decades after his death, his stories are still inspiring others. For example, the 2016 film In Dubious Battle, starring James Franco and Selena Gomez, was based on Steinbeck’s 1936 novel of the same name and tells the story of a pivotal labor strike in California. So, would you say that John Steinbeck is a great author? He wouldn’t have said the same of himself, according to his journal: “I am not a writer. I’ve been fooling myself and other people.” In fact, he admired his characters for being “so much stronger and purer and braver” than he was.

It’s not uncommon for people to compare themselves with others who they feel are more talented. When 60 Minutes’ Mike Wallace interviewed Jodie Foster after she won an Oscar for Best Actress, she said, “I thought it was a fluke. I thought everybody would find out, and they’d take it back. They’d come to my house, knocking on the door, ‘Excuse me, we meant to give that to someone else. That was going to Meryl Streep.’”

Of course, Meryl Streep would agree that she deserves an Academy Award, right? In one interview, she also describes her struggles with self-doubt: “I have varying degrees of confidence and self-loathing. . . . You can have a perfectly horrible day where you doubt your talent . . .” In a later article in The Guardian, she revealed that those feelings first took root in her childhood. “I didn’t have any confidence in my beauty when I was young. I felt like a character actress, and I still do.”

In the novel Torch, the main character, Teresa Rae Wood, encourages the listeners of her radio show to “be incredible.” In contrast, the creator of the character, Cheryl Strayed, finds it hard to acknowledge that she’s a remarkable author. In fact, she suggests that questioning your skills is a normal part of the writing process. “Writing is always full of self-doubt, but the first book [Torch] is really full of self-doubt, and it was much more of a struggle to keep the faith.” By the time her second book ranked first on the New York Times Bestseller list, “doubt and self-loathing” were so familiar to her that she thought, “Okay, this is how it feels to write a book.”

How would you feel if magazines such as Elle and Vanity Fair featured beautiful pictures of you on their covers? Emma Watson, the actress who plays Hermione Granger in the Harry Potter films, feels like an imposter. To her, the lovely lady on the magazines seems like someone different from who she is in real life. Her struggles aren’t limited to the glossy pages of fan mags: “I’d walk down the red carpet and go into the bathroom,” she recalls. “I had on so much makeup and these big, fluffy, full-on dresses. I’d put my hands on the sink and look at myself in the mirror and say, ‘Who is this?’ I didn’t connect with the person who was looking back at me, and that was a very unsettling feeling.”

Imposter isn’t the word you might associate with famous, talented, and successful people, but many of these notable people suffer from feelings of inadequacy. Though these emotions may stem from childhood, psychologists Clance and Imes recommend communication. Their study concludes “If one [person] is willing to share . . . , [others are] relieved to find they are not alone.” How do you feel about your success?