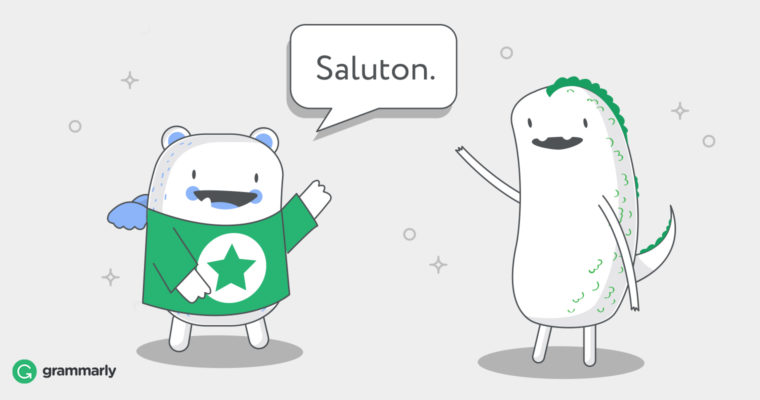 Despite all our smarts and scientific advancements, there is still a lot we don’t know about the phenomenon of human language. We don’t know what the first human language sounded like. We don’t know exactly where, how, or when it came to be. We may never be able to find out—there’s an overwhelming lack of data to work with. What we can say, however, is that once we figured out how to create language, we went ahead and created a bunch of them. And we’re still doing it today.

Where There’s a Need, There Is a Way

Two of the main senses for using language are speech, our ability to create sounds, and hearing, our ability to perceive sounds created by others. We can also give language a visual form by writing, but the visual element is important even in face-to-face communication. We send off and receive a number of non-verbal communication signs, such as facial expressions, postures, and gestures. A number of our fellow humans aren’t able to communicate with all three senses, but doesn’t stop them from finding effective ways of communication.

People who are deaf learn sign language—a language of hand gestures and signs that allows them to communicate with great fluency. But what happens in a community of deaf people who don’t have a sign language they can use to communicate? They come up with their own. When a group of deaf children in Nicaragua was taught to lip-read and use American Sign Language, they shunned lip-reading and quickly developed a sign language of their own—behind the backs of their teachers. The result was a completely new language, developed in the 1980s by Nicaraguan kids. And just like that, Idioma de Señas de Nicaragua, or ISN, was born.

People who can’t hear or see have an even bigger challenge—they can’t rely on signs and gestures. In the United States, people who are deaf and blind have been developing a sign language that is based on American Sign Language but has a tactile twist to it. A person speaking in Pro-Tactile ASL, which is what the new language is called, uses her own hands and arms as well as the hands and arms of the person she’s talking to create gestures and signs. It’s a contact language that allows speakers to communicate nuances such as nodding and other gestures.

Other Reasons to Invent a Language

Constructed languages have been created with different agendas, apart from the basic human need to communicate. Ludwik Lejzer Zamenhof, the creator of arguably the best-known constructed language in the world, Esperanto, wanted to make a language that was easy to learn, could be used as an international second language, and could help overcome cultural misunderstandings. Robot Interaction Language, or ROILA, is a language currently under development at the Eindhoven University of Technology’s Department of Industrial Design. It is the first language created specially for use by talking robots. Loglan, created Dr. James Cooke Brown, is a language used by linguists to research linguistic relativity.

But new languages also pop up spontaneously when conditions are right. People living in Lajamanu, a small and isolated town in Australia, already had a heritage language they could speak, Walpiri. They also spoke both English and Kriol, an English-based creole. When parents spoke to their kids in a mixture of the three languages, the kids took the words they heard and married them with a syntax that wasn’t present in any of the three parent languages, creating a new native language for about 350 of Lajamanu’s residents. It’s spoken only by people who are around thirty-five years old.

Fantasy settings invite us to create new languages. Alien cultures, alternative histories, dystopian futures, worlds of magic and swordplay—these settings are often very different from the world we live in. So, it only makes sense to, at least from time to time, populate these strange worlds with their own languages. Occasionally, you’ll get fantasy languages that really work (kind of). You might call them artistic languages, or artlangs.

If you’re a fan of the Star Trek franchise, you probably know there are Trekkers who can speak Klingon, a language created for a Star Trek movie by the American linguist Marc Okrand. If you’re familiar with the works of J. R. R. Tolkien, you’re probably aware of Quenya and Sindarin, two Elvish languages of Middle Earth. Na’vi, created by Dr. Paul Frommer, is what the big blue aliens speak in James Cameron’s movie Avatar. The Verdurian language was created by Mark Rosenfelder for a role-playing game, and it contains 400,000 words.

There’s no end to human inventiveness when it comes to language. What new languages do you speak?