How to Be an Ally to the Black LGBTQIA+ Community 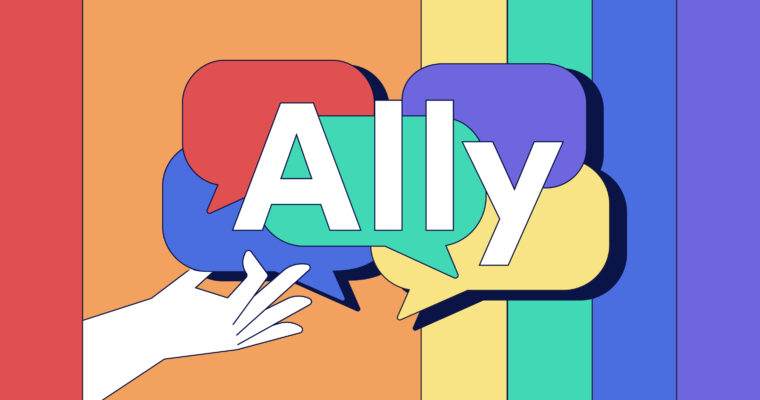 The last several weeks have been a stew of emotions. As we’ve continued coping with the COVID-19 pandemic and the uncertainties of reopening, the United States’ long history of racism is having a moment of reckoning. Propelled by the recent deaths of George Floyd, Breonna Taylor, Ahmaud Arbery, and more, the #BlackLivesMatter rallying cry for justice has gained significant momentum, with pledges to dismantle systemic racism coming from individuals and corporations.

This watershed moment converges with Pride Month 2020, reminding us that discrimination is intersectional. Black members of the LGBTQIA+ community have been particularly disadvantaged throughout US history, but especially during the COVID-19 crisis. Allies are indispensable.

What does it mean to be an ally? More than being a friend and supporter, it means using one’s privilege to stand up for marginalized people’s rights. Those who identify as White, heterosexual, and cisgender can be allies, as can people within the BIPOC (Black, Indigenous, and People of Color) and LGBTQIA+ communities who wish to support each others’ unique needs.

We spoke to Brandon Nick, a Black photographer, documentary filmmaker, and podcaster who identifies as a queer man. Brandon’s work combats the “lack of proper representation that Black gay men and the whole community of people who feel unseen or unrepresented get in mainstream media.” Brandon shared his perspective on the many dimensions of allyship; granted, his is but one voice representing a vastly diverse community, but his advice has broad applications.

Here are some elemental ways to communicate one’s allyship in this heightened moment and beyond.

Understand your own biases

Privilege is a difficult thing to own and unpack, but it’s a first, crucial step. Per Brandon, it’s important to acknowledge “how your [non-Black, cisgender, heterosexual] background and identities have contributed to harm and injustices.” Coming to terms with that can be uncomfortable, but a worthwhile reflective process.

To move into a deeper place of empathy and understanding, get educated on the diverse lived experiences of the Black LGBTQIA+ community and the discrimination they’ve faced. Brandon cautions that “What I’m seeing with myself and with my close friends, in this global moment of Black Lives Matter…so many White and non-Black people have been reaching out to know what they can do to support and help. While that is great, it is not our job to teach you.” Refrain from putting the onus of emotional labor on members of the community to explain their experiences to you. They are likely already feeling vulnerable and don’t need to take on this added responsibility.

Brandon implores allies to gain “the proper language to speak up on the community’s behalf. It’s one thing to say that’s not right, but if you can’t speak and elaborate and have teachable moments with people in your circle, your allyship isn’t as strong as it could be—it’s actually a bit hollow. Take the time to be specific and to honor your words.”

Read up! Some valuable anti-racism resources for White people, ranging from books and articles to documentaries and podcasts, can be found here; resources for LGBTQIA+ allyship are discoverable here. If someone is willing to educate you, though, Brandon underscores the importance of “rewarding them for their time, which is precious and valued.”

Learn the most up-to-date, inclusive LGBTQIA+ terminology and adopt it in your communication. Understand the pronouns people would like to be described with; when in doubt, ask sincerely. Strive to move away from gendered terms like “guys” and “ladies” to refer to groups of people and instead, use gender-neutral language (for example, y’all, folks, friends, team, the plural you).

Helping educate others reinforces your learning. This could take on the form of respectfully bringing issues to the attention of “family members, peers, and colleagues when an infraction or discrepancy happens, letting them know when they’ve misgendered someone and informing them about the pronoun the person wants to be identified with,” Brandon points out.

Empathy involves understanding other people’s experiences, and you might feel compelled to ask people direct questions. Brandon highlights that “there is a difference between being nosy and being curious. If you want to learn and understand, then your intention will show and you’ll also ask better questions.” However, be mindful of how you approach these conversations. Always ask permission first, advises Brandon, as “that is holding space for a person’s well-being. Otherwise, you’re catching them off-guard and potentially triggering them because you’re not aware of any traumas or battles they’ve experienced.”

Handle your own mistakes

Humans make mistakes, even when we have the best intentions. If you misgender someone or make an unintentionally ignorant remark, be proactive about fixing it. Per Brandon, “Recognize you made a mistake, apologize, pledge that you will be more intentional with how you operate with said person or said people, and [if the mistake was severe] make an action in benefit of the people you harmed.”

Silence isn’t a neutral position to take as an ally; saying nothing can be perceived as tacit acceptance of discrimination. Brandon points out that “Speaking up doesn’t have to be [sic] in the public eye. It needs to be in sacred spaces where we’re not at, like your homes, your workplaces, your book clubs, your golf clubs. Places where we are not at to defend ourselves.”

If you bear witness to someone making a homophobic, transphobic, or racist statement or joke, whether or not the discriminated person or group is present, say something corrective. Brandon underscores that “you need to speak up in that moment because if you don’t, silence is upholding their hate. If you’re not comfortable enough to check them in front of everyone else, check them privately. If you don’t speak up, then please see that you are not an ally because you don’t want to jeopardize your place and you’re staying rooted in your privilege.” Go further to explain why the statement was harmful, removing the burden from discriminated parties to defend themselves.

Expressing support is in the zeitgeist right now, but it’s more than just a passing trend. Brandon says, “When the news changes, we’ll still be fighting, still be championing our community, taking to task anyone who isn’t in support of that. Being an ally means staying engaged in this fight with us.”

Using words to express allyship is powerful, but other means of support go the extra mile. Brandon encourages people to “utilize their resources, money, platform, and the privileges they have to uplift marginalized people. Donate to organizations that are supporting these communities and are aligned with fighting for their rights.”

And ultimately, know that being an ally is a long-term commitment: “If you’re actually an ally, it’s not a one-and-done thing. It’s an ongoing effort to pull up the weeds of injustice.”

Brandon Nick is a Black, queer photographer and storyteller. He’s the co-founder of The Each-Other Project, a digital media organization that centers on queer and trans POC narratives, and the host of Let’s Get Back To Queer, a narrative podcast that explores the magical, mercurial, and mundane experiences of Black LGBTQIA+ communities.