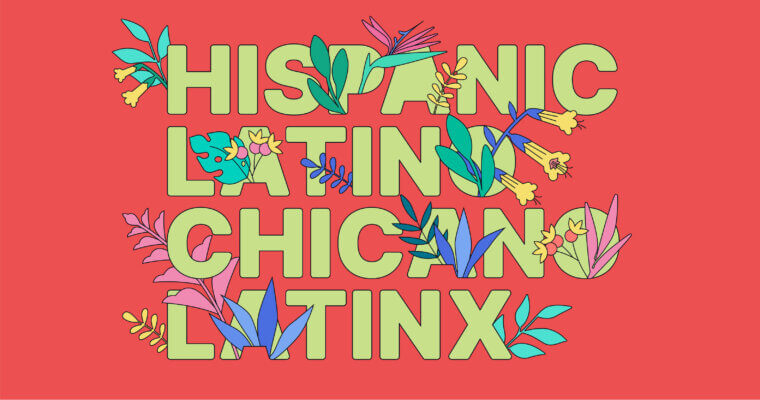 From September 15 to October 15, the US celebrates Hispanic Heritage Month, a formal recognition of the histories and cultures of Americans with ancestral ties to Spain, Mexico, the Caribbean, Central America, and South America. First established as a weeklong commemoration by President Lyndon B. Johnson in 1968, the occasion was expanded to a full month by President Ronald Reagan in 1988.

While celebrating this diverse array of cultures isn’t limited to Hispanic Heritage Month alone, the month is bookended by the anniversaries of several Latin American countries’ independence: Costa Rica, El Salvador, Guatemala, Honduras, and Nicaragua all recognize independence on Sept. 15; Mexico on Sept. 16; and Chile on Sept. 18. Also included is Día de la Raza (Oct. 12), a heritage celebration day in many Latin American and Spanish-speaking countries.

While only the term “Hispanic” is in the celebration’s title, the observance honors an eclectic population. Latino, Latinx, Chicano, and other terms are used, sometimes interchangeably, yet they have distinct meanings.

Why is it so difficult to agree upon just one term?

There’s a complex set of factors that contribute to the terms Hispanic, Latino, and so on. Each term’s use comes down to individual identity and preference. This may be why the use of the terms Hispanic, Chicano, Latino, Latin American, or Latinx can be confusing—even for an American whose parents come from a Latin American or Spanish-speaking country. In some cases, the use of the wrong term could be offensive. For example, you wouldn’t call a Spanish American “Latino,” just as you would not call a Cuban American “Chicano.”

Each term defines not only a specific geographical and historical ancestry but also people from different generations. While the best rule of thumb is to ask a person which term they prefer, let’s break down the difference between each one for context:

This word refers to the language spoken in Spain and various countries that were once colonized by Spain. Castilian Spanish is considered the basis of modern “standard” Spanish that’s taught academically, but many different regional dialects abound. And while Spanish, in its various forms, is the most commonly spoken language in Latin America, Portuguese is also widely used, as are Indigenous languages.

The use of the term “Hispanic” to identify people with roots from a Spanish-speaking country dates back to the late 1960s and was first used to refer to people of Spanish and Latin American descent in the 1980 census. However, the use of Hispanic as an umbrella term was contested.

In an interview with journalist Maria Hinojosa, UC Berkeley sociology professor G. Cristina Mora explains that the US Census Bureau back then classified Mexican, Cuban, and Puerto Rican individuals living in the US as “White.”

The National Council of La Raza lobbied to create the label “Hispanic,” a broad category that would include all of these communities. But many people object to the term.

The word “Hispanic” comes from the Spanish word “hispano,” which means someone whose heritage is of Spain, not Latin America. Since the American Southwest was populated by Spanish settlers way before the Treaty of Hidalgo in 1848 made the territory a part of the United States, many of the descendants of those early settlers consider themselves Hispanos, or Hispanic.

In an article in the Los Angeles Times, Leo Guerra Tezcatlipoca, the director and founder of the Chicano Mexicano Empowerment Committee, explains that Hispanic refers to the people, land, language, and culture of Spain. Hispanics trace their ancestry back to Spain, not Mexico or another Latin American country.

In the same way that “Hispanic” identifies someone with Spanish roots, “Chicano” refers to Americans of Mexican ancestry. These folks do not identify as Hispanic, which they feel would not account for their Mexican mestizo (a mix of Spanish and Indigenous) heritage.

There is some debate as to where the term “Chicano” came from. Some suggest it comes from the word Mexica, (ancient name of original settlers in Mexico) what the Nahua people of Mexico called themselves. David Bowles, writer and professor at the University of Texas Río Grande Valley, says it’s possible that the term Chicano is a type of hypocorism, changing the word Mexicano, derived from “Mexica,” to Chicano.

Chicano or Chicana is considered by some to be synonymous with “Mexican American,” but it is a chosen identity of some Mexican Americans in the United States. In an article for the Huffington Post, Roque Planas explains that the term “Chicano” became popular during the civil rights movement in the 1960s and was used by many Mexican Americans to express a shared cultural and ethnic identity. Although this word is used mainly by older generations, Mexican American youth are reviving the term in California.

Latin American refers to the countries and collective peoples in Central America, South America, or the Caribbean. However, if asked about their nationality, a person is unlikely to say “I’m Latin American.” What many people consider most accurate would be to state the country they are originally from. Someone from Venezuela would say, “I’m Venezuelan,” and someone born in Cuba would say “I’m Cuban.”

Latino (or Latina or Latinx) typically refers to a Latin American person, often used in the United States. The individual could have been born in the US or in their parents’ home country. As long as they have Latin American ancestry, they are considered Latino.

However, Tezcatlipoca claims that “Latino” is as much a European term as “Hispanic.” Latino means Latin in Spanish; Latin is an old Roman (European) language. In this view, the term Latino does not encompass the true heritage of Chicanos and Americans who are descendants of a Latin American country. Accordingly, these terms don’t account for the mestizaje, a mix of Spanish and Indigenous ancestry, that many people from Latin American countries identify with. For context, the Pew Research Center uses the terms Hispanic and Latino interchangeably.

While many members of older generations identify with the terms Hispanic, Latino, or Chicano, younger people in the US are leaning toward the term Latinx to make language more inclusive and break away from gendered forms. In Spanish (as in other Romance languages), nouns are conjugated into masculine and feminine forms. For instance, “Latino” is masculine, while “Latina” is feminine, although someone might say, “I am a Latino woman.”

Latinx is a new gender-neutral term that is inclusive of male, female, and LGBTQIA+ people of Latin American descent. The use of the “x” is similar to how some English speakers have used Mx. as a gender-neutral alternative to Mrs. or other traditionally female honorifics, as well as to how some have adopted the singular they and other personal pronouns to account for a variety of gender identities. In the podcast Code Switch, Mark Hugo Lopez, the director of global migration and demographic research at the Pew Research Center, says that while the term Latinx is about twenty years old, it only began to be used widely in the last five years. Some other gender-neutral alternatives used by some younger members of the community include an ending “@” and “e” to substitute for the male ending “o” and female ending “a” (for example, “Latin@” or “Latine”).

The use of “Latinx” (and alternatives) has been controversial not so much because of its inclusivity, but because it’s used almost exclusively in the US. Some feel the “x” imposes American English-language standards on Spanish and isn’t inclusive from within the language itself. Underscoring the use of gender-neutral alternatives by primarily younger generations, a 2019 Pew Research Center survey found that only 3% of Hispanics/Latinos use the term “Latinx,” while the majority (76%) of adult Hispanic/Latinos haven’t even heard of the term “Latinx.”

Hispanic, Chicano, Latino/a, and Latinx are broad labels that try to identify an incredibly diverse community of Americans. But even these terms are not enough to properly identify groups of people.

Recently, the use of Afro Latino or Afro Latinx has been added to the mix in order to identify Latinos with African ancestry.

Which of all these terms is “correct” will always be up for debate.

Which term should you use?

The best rule of thumb: The appropriate term to describe an individual will depend on their particular heritage and/or their individual preference. When in doubt, ask them. Sometimes a person’s preference derives from their location; for instance, many people of Mexican descent in the American Southwest prefer Chicano or Mexican American, while some people of Brazilian descent identify as Latino/a. Other times, preference comes down to inclusivity; members of younger generations seeking gender equity might prefer Latinx, for example.

Lexicographers, cultural anthropologists, activists, historians, and politicians all view and define these terms through different lenses. There is no perfect umbrella term for people from such rich and varied communities. Which term is best should be left up to the self-identifying individual.