The Skinny on Latin Plurals 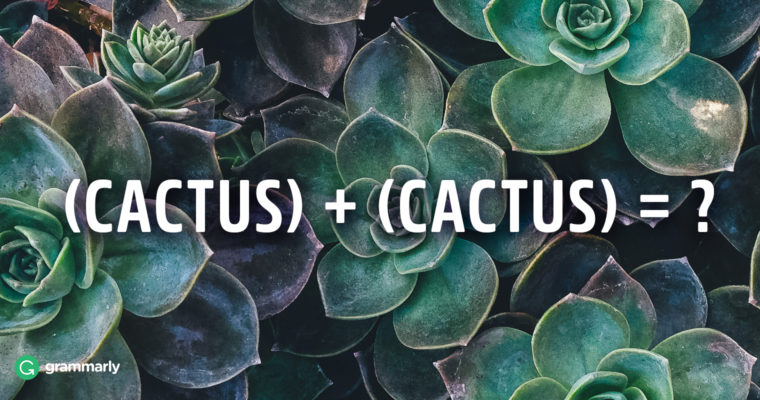 If you speak and write English, it’s most common to use an S or ES ending to make a noun plural. However, some words that derive from Latin have retained their Latin plural endings. Let’s talk about some of the most useful of these words. Certain words English has borrowed from Latin retain Latin endings in their plural forms: alga (algae), larva (larvae), and nucleus (nuclei). Two common words—alga and larva—always end in E in the plural form. Alga is rarely singular as it grows in groups. The plural form algae is well-known. Larvae is the plural of larva. To make nucleus plural, you would drop the last two letters and replace them with the letter I. Other plurals are controlled by the context. For example, the plural of appendix can be appendices if you are talking about information that the end of a book. On the other hand, if you’re talking about the part of your anatomy, you would use appendixes.

Here’s a tip: In the world of science, you will often see Latin plurals for focus, formula, index, and vortex (foci, formulae, indices, and vortices, respectively). But in everyday use, they are more likely to appear as focuses, formulas, indexes, and vortexes.

Data is the plural of a Latin word that many don’t know or use—datum. In some scientific fields, it functions as a plural noun that takes a plural verb. (The data were analyzed and recorded.) However, in everyday English, people usually use it as a noncount noun and pair it with a singular verb. Latin gives us many other plurals. Why not make a list of Latin words that you use often and check their plurals? You can start with the ones here and add criterion, syllabus, and any others that you think you will need.