Beyond Words: How We Communicated in 2020 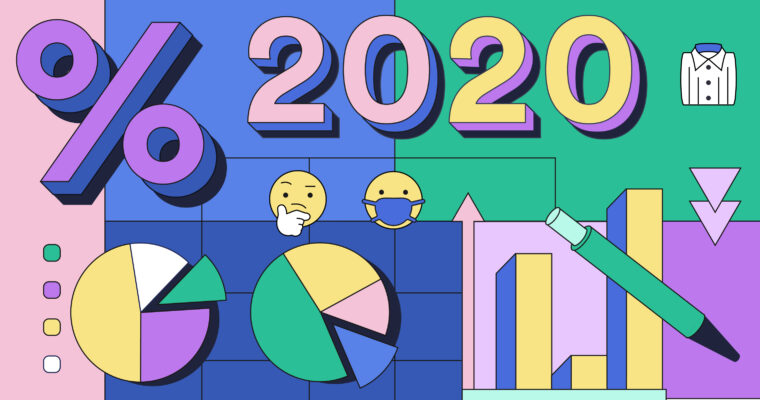 2020 has been an unequivocally complex year. The global COVID-19 pandemic has completely overhauled how people live, work, learn, and socialize. In the US, the economy, social movements, politics, and natural disasters have compounded an already fraught period. It’s therefore not surprising that the most unique year in our collective lifetime influenced the way we wrote. After all, communication is an integral part of the human condition—a poignant mirror for our emotions and experiences, from the personal to the global.

As a digital communication expert, Grammarly has examined how the events of 2020 affected the way we related to one another through writing. By analyzing aggregate data from our product, which detects dozens of tones in our 30 million daily users’ writing, Grammarly observed remarkable trends in 11 particular tones, from the formal to the empathetic, that reflected how people might have been processing certain moments and the year as a whole.

One notable pattern in our users’ writing concerned the element of uncertainty that dominated life in 2020. In aggregate, Grammarly users’ writing sounded 43% less confident in November than it had in January. The lack of clarity around the pandemic and associated social distancing, as case counts surged and dropped and surged again at multiple points throughout the year, potentially contributed to this drop in confidence. Other factors, including the economic downturn and related unpredictability around reopening businesses and schools, not to mention a tumultuous and closely watched election in the US, could have also contributed to this drop in confident tone.

Informal writing was on the rise

In addition to writing less confidently, people communicated more casually throughout the year. Formal writing decreased 92% closer to November compared to January, potentially indicating that people sought more informal modes of communication to process the complexity of 2020. We did, however, see a couple of spikes in formal writing during the year. One occurred in late May and early June during the height of the Black Lives Matter protests, perhaps signaling an instinct to write solemnly during a socially charged time. Another uptick in formal writing happened in late August and early September, when students returned to school (virtually) and were writing academically. The late summer also saw intense wildfires and hurricanes ravaging several parts of the US and COVID-19 cases rising in certain states and in other countries around the world, which could have contributed to people writing more reservedly.

Another notable trend: our users paid more attention to their writing style—not just what they said, but how they said it. They went beyond writing correctly and interacted far more frequently with Grammarly’s engagement and delivery writing suggestions.

This year, people accepted our delivery suggestions at almost double the rate they had in 2019. In writing, your delivery conveys a lot of information beyond the literal meaning of the words you use. It helps your message come across confidently and clearly, the way you intend. While our users’ writing showed a drop in confident tone, their increased use of the delivery suggestions indicates they were seeking ways to improve the credibility of their writing.

Additionally, individuals interacted with Grammarly’s engagement suggestions by 77% more throughout the year. Engagement helps boost the vividness of your writing, making it more exciting to readers through word choice and a few stylistic attributes. Using more precise and varied vocabulary and sentence structure holds the reader’s attention—no small feat during an overwhelming year.

Major world events made an impact

We observed correlations between the timing of the most talked-about developments of 2020 and shifts in our users’ written tones. The earliest shift was in mid-March, when the first spike of COVID-19 cases swept across the US and Europe and lockdown restrictions were implemented in many countries. Around this time, when information about the pandemic was emerging and being shared fast and furiously, writing became increasingly informative. However, it simultaneously became less optimistic—perhaps a natural emotional response to the isolation and anxieties of lockdown. This inverse relationship reared its head when we looked at the “first wave” of COVID-related writing trends in May 2020; you can read about it, plus other patterns we noticed, here.

In late May to early June, when the Black Lives Matter movement sparked protests and a difficult societal reckoning in the US and worldwide, Grammarly’s product showed shifts in several emotional tones in our users’ writing. There was a 1286% increase in the anxious tone, as well as a 258% increase in the gloomy tone, during this period. Our data showed that not all tonal spikes were negative during this time. We observed a 210% increase in the curious tone, while also seeing a 241% increase in the optimistic tone and a 628% increase in the empathetic tone. During a painful time, some people may have sought a greater understanding of one another and a way forward.

>> READ MORE: How to Be an Ally to the Black LGBTQIA+ Community

Finally, autumn presented significant changes in people’s writing. In late October and early November, the US election and a worldwide “second wave” of COVID-19 cases correlated with further shifts in tone. During this time, there was a nearly 50% increase in direct tone, while the curious tone increased by 47% and the empathetic tone increased by 66%, possibly indicative of people attempting to comprehend the world around them and communicate more straightforwardly. Perhaps counterintuitively, there was an almost 100% decrease in the worried tone as well as a slight (11%) increase in confidence in writing over this period, even as political tensions and the pandemic reached heightened states. Perhaps hope wasn’t as elusive during a time of shifting conditions.

The data we analyzed paints a complicated picture of 2020. But it’s hardly surprising that a year filled with uncertainty, tragedy, uprising, anxiety, and a complete paradigm shift in how we live was echoed in our users’ writing. Although we cannot truly assume a writer’s intent, patterns in people’s tones and what was happening in the world around us suggest that the profound experience of 2020 was beyond words. Even though uncertainty and concern surfaced in our writing, we also expressed our capacity for hope and greater understanding. Humans, for better or for worse, are complex, and the way we communicate reflects that—especially during one of the most powerful years on record. As we cross the finish line toward 2021, we can’t quite predict what the next year holds, but we can venture to guess our communication will reflect our lived experience.