The Ultimate Guide to Being Productive as a Writer 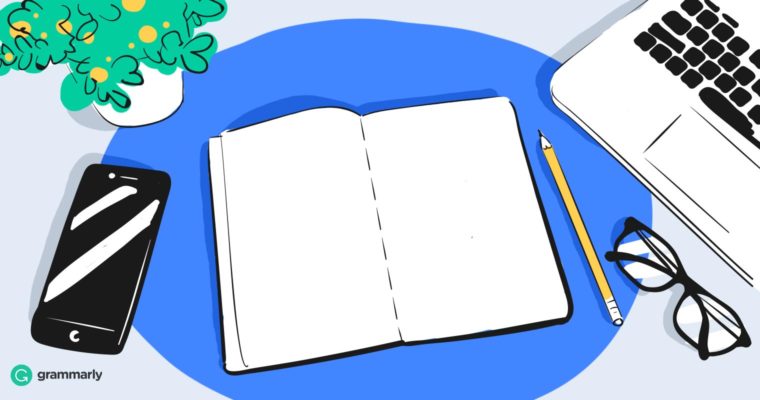 Whether your job title happens to be writer or not, you probably can’t avoid writing. There’s also a good chance that before you sit down to write, you dread it. That’s understandable—even titans of the written word struggle and procrastinate. Still, I want you to love writing as much as I do.

Maybe this is a tough sell. Although writing has been my full-time pursuit for more than a decade, there is no way to sugarcoat the fact that it remains work.

True, writing does not require me to operate dangerous machinery or balance complex equations. In fact, some days I barely have to make eye contact with strangers. It’s great! But I’m not sure it ever gets easy.

Whether you’re communicating with customers, corresponding with loved ones, or cranking out the next chapter of your opus, you want to be understood, which means you have to write well.

Facilitating this is what Grammarly is for—with it, I spend less energy worrying about spelling mistakes, comma splices, and subject-verb agreement, and free up more time for the creative, challenging, fun part of writing. Here are some ways I’m continually trying to up my productivity as a writer.

Anything you read can inform how you write. This includes news articles, snarky posts on social media, junk mail you barely look at before recycling, and books—both the great and not-so-great ones. All offer hints about another human’s decision-making process. Your job, as you read, is to continually ask, “how could this be written better?”

Sometimes the answers are obvious: Fix the typos. Get rid of extraneous adjectives and jargon. Break long, clunky sentences down into smaller, more digestible pieces.

Other times, it’s instructive to imagine the writer’s constraints. If you’re looking at the painfully dull copy that comes packaged alongside any power tool or vial of medicine, assume a lawyer slapped everything remotely interesting off the page as it was written.

Occasionally, I catch myself in the thick of paragraphs where every word is exactly where it belongs. (Hi, Jennifer Egan.) I can imagine changes that would make each sentence worse, and that’s all. This is a mark of good writing. Recognizing this—refining your sense of it—is key to improving your own work.

Be critical of yourself—but not too critical.

After you’ve written something, stand up and stretch, sip some water, then reappraise your work with fresh eyes. You’ll likely notice elements in need of polish—a word used too often or a sentence that doesn’t flow, perhaps. If you’ve made a practice of reading like an editor, devising appropriate tweaks will be straightforward—except when it isn’t.

Sometimes I just need to rework whole paragraphs or sections. I start by copying the original version and setting it aside; that way, if things get worse instead of better as I bumble through my next attempt, I can at least get back to where I started. Plus, when it’s done, I like to compare before-and-after snapshots and ask myself: What ended up changing? Can I articulate what’s better?

During this process, remember that part of editing is knowing when to quit. You can sit and replace words with synonyms and keep reshuffling sentences until you’re a very tired skeleton, but at some point, you have to trust that you’re done and hit send. I recommend doing this well before you feel like a crazy person.

Set priorities and stick to them.

Some writers limit distraction by abandoning their computers in favor of writing by hand. Alas, those aren’t usually the ones juggling multiple assignments and quick deadlines. (If you’re a journalist who is somehow pulling this off, I want to know how.)

I start by looking at what’s due today or tomorrow, and list that against what’s due next week or further out. Then I ask what has the potential to block my progress. In journalism, that’s usually lining up the right interview. While I can’t control when a source might respond, if I make my initial phone calls and email requests early on, I’ll feel less worried and can begin tackling other assignments while I wait to hear back.

I also try to head off potential distractions: I log out of social media and mute the ever-chirping thread where my friends plan cookouts and camping trips. Also, I eat food. I’ve found skipping that last part while on deadline breeds psychosis.

Where no deadline exists, invent one.

As a reporter, it’s my job to be curious, gather information, assemble it into a story, and run the result by an editor before filing. Sometimes I have two days to write a story that should require only one. If the subject is something dangerously fascinating—underwater mountains, let’s say—there is a real risk I will squander the first day doing way too much research and glutting my curiosity about the corals on Davidson Seamount. This is not an efficient use of my time.

Setting an artificial deadline—promising myself, “I will finish this draft by the end of today and ship it a full day before it’s due”—is essential for avoiding such pitfalls.

Get help holding yourself accountable.

Feeling like you’re just writing for yourself isn’t always a powerful motivation—especially if, like me, you work from home. It might boost your productivity to instead write for someone else; tell a friend you’re going to write two thousand words today, then do it. Knowing you have to report your results back to them later on might just do the trick.

In my case, I happen to be married to an extremely hard-working writer, and when she comes home, the last thing I want is for her to feel like I’ve been relaxing all day. Feeling driven to keep slinging words on her level helps keep me in gear.

Similarly, a colleague who works at home told me he prefers writing in coffee shops and libraries, where strangers might peek over his shoulder. The thought of this is helpful—he’d rather be spotted writing than perusing status updates or shopping online for sunglasses, he says.

Stress less about the nuts and bolts.

When trying to get your ideas down, it’s easy to second-guess your choice of words and how they’re supposed to fit together. You want the result to shine, but you can’t afford to spend all day overthinking it. That’s where Grammarly comes in; it lets me worry less about misspellings and botched punctuation, and spend more time not only writing but enjoying the work—which is the true key to being productive.