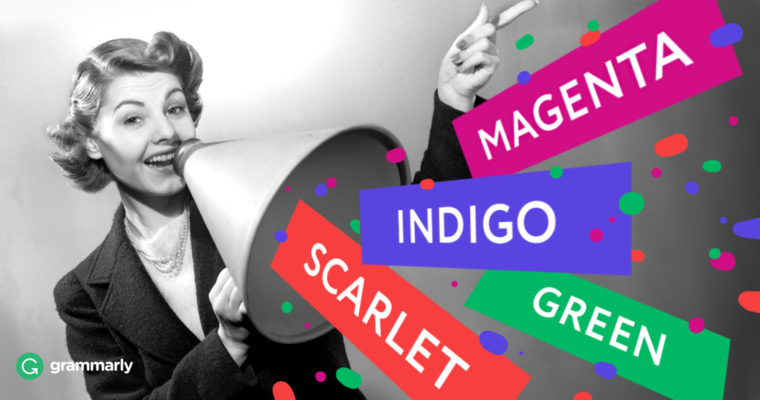 Every language represents colors with different words. Linguists have found some interesting patterns in how colors are represented in language. Let’s look at some of their most intriguing findings.

All languages distinguish colors. However, some languages represent colors in only two basic groups. Linguists found that all languages that have only two color distinctions base them on black (or dark) and white (or light). If a language has a third color family, it is almost always based on red. Languages with four color groups label either yellow or green as the fourth. Next come blue, brown, and so on. Interestingly, how languages identify color doesn’t seem to be random. There’s no language that only recognizes orange and pink, for example. English is a language with one of the largest numbers of basic colors. It has eleven. Can you name them all?

Once a Color, Always a Color

Brent Berlin and Paul Kay are anthropological linguists, which means they study the relationship between language, culture, and biology. Their research suggested that languages don’t lose color distinctions once they are made. For example, if a language has distinguished pink from red, it won’t ever go back to grouping them as the same color. Why is this notable? Well, other words are much more likely to come and go or change meaning over time. Snoutfair is extinct already, and many people think whom is in danger of falling completely out of fashion. Colors, on the other hand, hold remarkably steady. That is, until some recent research shook the hypothesis a bit!

Would you like to learn more about colors and language? For example, why are there two spellings—gray and grey—for one color? The answer may surprise you!