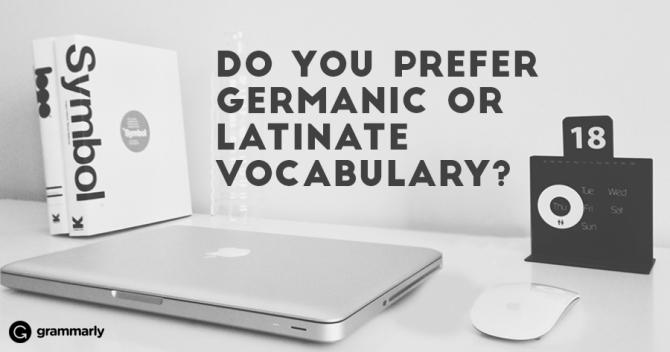 English Takes After My Side of the Family

Since toddling around in diapers, the English language has been trying to escape its parents. They are long gone, but many have since claimed guardianship. Some want to take off the diaper and put on a nappy. Others have lamented the decline of proper usage of vocabulary, grammar, and spelling.

The debate continues as to whether English should be still regarded as a Germanic language when most of the lexicon is Latin in origin. What would the original purists of English make of such a suggestion? Each minder has tried to protect English from the outside world, but it couldn’t be wrapped up in cotton wool forever. Besides, English was a very sociable child. From playdates with Old Norse, peer pressure from Latin, and partying with technology, it’s the language that refuses to grow up and settle down. It’s been a long linguistic custody battle, full of emotion and entitlement. Let’s take a look at the interesting players who held the umbilical cord and why they wouldn’t loosen their grip.

The Birth and the Christening

Long before the tug-of-war began, there was the birth and the christening. The exact birth date of English is shadowy, but its parentage is accepted as Anglo-Saxon, those who settled on the British Isles in the 5th century speaking their Germanic tongue. It doesn’t appear christened as English until the 9th century by King Alfred. Although only an infant, Old English is how this phase is now known. A language totally unrecognizable from its adult form, it had various dialects. The poem Beowulf, written in Alfred’s English, is one of the most important artefacts of this young tongue. Its first line looks like it was written by a goblin:

But before we get to socializing, we need to give respect to Alfred, a true foster father of Old English, for not only did he name the baby, he recognised its value. In a time when battle and combat were the revered concerns of kings, he commissioned the translation of five seminal philosophical and religious texts from Latin into English in order to educate the clergymen of the country. This was unheard of, Latin being the scholastic language of the day. King Alfred explained in his preface to one of those books, Gregory’s Pastoral, “Therefore it seems better to me, if it seems so to you, that we also translate certain books, which are most needful for all men to know, into that language that we all can understand.”

Later known as Alfred the Great, he saw English as worthy enough to enshrine the formative thoughts of the era, cementing the language in the identity and culture of the nation. In doing so, the language became theirs to cherish and distinguished it as a separate entity from its parent, ready to live its own life with a new family.

A few Scandinavian relatives of the linguistic family showed up in 8th and 9th centuries speaking Old Norse. English had to learn to share its toys, but both being Germanic languages, they got along without too much ruckus. However, any purity of tongue was lost at this stage, when English took on many Norse habits and kept them.

It was the Norman conquest of 1066 that really turned the family tree from a sapling into a thorny, tangled giant. For the following 300 years, an old Norman language similar to modern French was spoken by the ruling classes, and English became the preserve of the peasants. The colossal influx of French and Latin words began to filter from noblemen to those working their lands. There was great potential for French to be adopted entirely, but the family instead took the vocabulary into their own fold. The common people of England hung on to the reins, and in doing so preserved the Germanic roots of Middle English.

This translated passage from a chronicle written around 1300 admires this family loyalty:

Translation from Dennis Freeborn, From Old English to Standard English: A Course Book in Language Variation Across Time, 1998

They Didn’t Get That from Us

The 16th century saw the heavyweight guardianship battle begin. Early Modern English was greatly influenced by the Renaissance and developments in trade and exploration. English was being romanced by the Romance languages. It was time to lay down some house rules. But who was to decide the best for the future of English? Who knew English better? Who had known it since it was a wee baby? Nobody.

Some loved the flourish and flair the Romance languages brought out in English. This of course was Shakespeare’s era, and he clearly was in the Latin corner. Not all felt so romantic and wanted to stop all the puppy love before it ended in marriage. The purists emerged, hoping to rid English of all foreign, or “inkhorn,” terms, Latin words they deemed erudite and pretentious, returning it to its Anglo-Saxon heritage.

Viewing such words as jargon, they believed flourish alienated those without classical training. John Cheke, John Hart, and Robert Cawdrey were three such men. Cheke, born in 1514, had strong views on the simplifying of spelling, ridding it of anomalies, many due to the great vowel shift that characterized this era. Pronunciation of vowels evolved; for instance, bite would have been pronounced beet or about would be aboot. Without the shift, perhaps that famous Fargo accent wouldn’t be so remarkable. The shift also rendered some spellings nonsensical, inspiring John Hart to call for an entirely new alphabet (Lass. The Cambridge History of the English Language, 2000). Cawdrey wrote the first single language dictionary in 1604 in order to explain such inkhorn terms to the unskilled, spurning the new words as faddish: “they forget altogether their mothers’ language, so that if some of their mothers were alive, they were not able to tell or understand what they say.”

Eight hundred years from the Norman arrival, English was in its Early Modern years, had been married to Latin for centuries, and had picked up words from the British colonization all over the globe. Still, scholars campaigned for English to leave its Latin lover. One of them, William Barnes, would have us saving memories on sun-prints instead of photographs and would give us bad inwits (consciences). You could be using a “speech-crafter” rather than Grammarly had he succeeded in his mission to return English to its Germanic parents.

Though the purists appear to be fuddy uncles, within their antiquated attitude were noble intentions, attempting to keep language simple and accessible to the common people. Like all concerned guardians, they just wanted English to be understood and be the best that it could be!

Growing Down and Out

Had the purists been around in today’s globalized world, they would have had a lot more than Latin to worry about. But if their concerns were socially motivated, perhaps they would have been proud to witness the bottom-up influence that the Internet and social media have had on English. Maybe they could rest easy…with clear inwits.

The Anglo-Saxon/Latin marriage has lasted and produced many offspring. With more than 50 English speaking countries in the world today and approximately 2 billion people bringing variations in spelling, pronunciation, and vocabulary, English is alive and still growing. The family tree is now a forest. And while many older roots still keep watch on its well being, young sprigs still bloom and blossom. English is forever young.