Game of Thrones Has These Books to Thank for Its Emmys 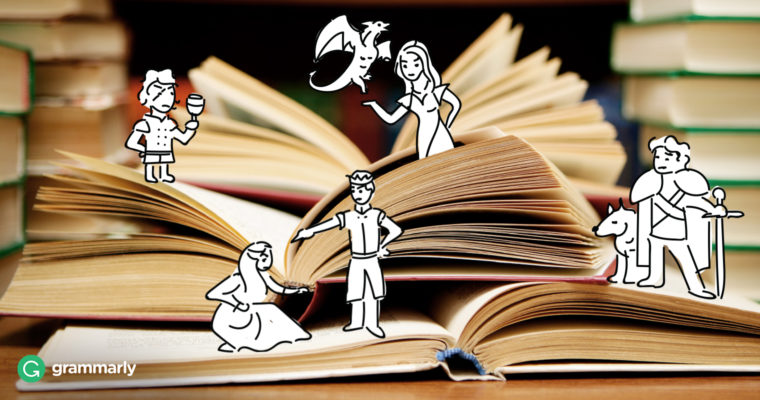 The success of HBO’s Game of Thrones at the Emmys this year is no surprise. The show has a great track record, and it’s been winning Emmys from season one. Why wouldn’t it, after all, considering the talents attached to it both in front of the camera and behind it.

Still, we wouldn’t be here acknowledging how great Game of Thrones is if it weren’t for the source material—the books penned by George R. R. Martin. And one cannot help noticing that Martin’s books, as well as the TV show based on them, have something in common with other great literary works.

Let’s start with the book that brought fantasy into the mainstream—J. R. R. Tolkien’s Lord of the Rings. It’s easy to say that Tolkien’s and Martin’s masterpieces are nothing alike, and it’s true. One is inspired by mythology, the other by history. One is much less child friendly than the other. One is more idealistic, the other is more realistic. But there’s one thing they have in common, and it’s not the fact that Sean Bean’s character dies in adaptations of both. What they have in common is that they are set in worlds that look like alternate versions of the world we live in. Also, both have a moment when things seem all right, on the surface at least, and then one character is called upon by a distinguished figure to take a trip. That’s when the characters start spreading across the world, and all hell breaks loose.

By Martin’s own admission, Game of Thrones owes a lot to a series of books by the French author Maurice Druon, who wrote a seven-book series called The Accursed Kings. Duron’s series is set in medieval France and it follows—what else—a struggle for the French throne. It features everything you’d expect from a medieval struggle for a throne, so much so that Martin dubbed it “the original game of thrones.”

However, the events in France that preceded the Hundred Years’ War aren’t the only historical events Martin drew upon. The parallels between medieval England and the world of Westeros are often drawn. The Wars of the Roses, fought between the rival houses of York and Lancaster, must have lent more than a few threads for Martin to weave into Game of Thrones. There was plenty of intrigue in that period, that much is true, but it seems that some of the people who played important roles in that period became the basis for Martin’s characters. Margaret of Anjou, the wife of King Henry VI might have been an inspiration for Cersei Lannister. Robert Baratheon is partially based on King Edward IV, and the Yorks were the Starks of England, just like the Lancasters were the Lannisters. Just pick up William Shakespeare’s history plays (all three parts of Henry VI and Richard III), and you’ll see the influence.

You won’t find the inspiration for the Targaryens by reading Shakespeare though. Instead, you’ll need to delve into the work of Michael Moorcock and his work concerning Elric of Melniboné. Elric is the last king of his people, who used to live on the island of Melniboné. They used to have exclusive rights to ride dragons, were somewhat aloof and considered themselves above other people, had a very distinct look, and weren’t foreigners to marrying their own kin. Sound familiar?

And lastly, Game of Thrones draws on the history of religion. If you want to understand more about the Faith of the Seven, you might want to look into the history of Christianity as well. In Westeros, the Seven supplanted older pagan beliefs, just as Christianity did to pagan religions. The Seven are similar to the Trinity. And there’s also Zoroastrianism, the religion that inspired the religion of the Lord of Light. Zoroastrianism is a fiercely dualistic religion, just like R’hllor’s religion is, and it did claim that fire is a purifying element (along with water).

Authors often draw inspiration from dozens of sources. What literary influences have you identified in Game of Thrones?