What Is “Full Proof?”

You know what fool is? It’s a naive person, someone who lacks good judgment. As you can imagine, a fool would be easily tricked by a clever ruse. Proof is an adjective that means “able to withstand, or invulnerable.” When you combine the two terms, you get foolproof. This adjective means “involving no risk or harm, or never-failing.” In other words, something foolproof would still work even if a fool were operating it. What is more, the fool would be safe in his work. You also probably know what full means. So what is fullproof? 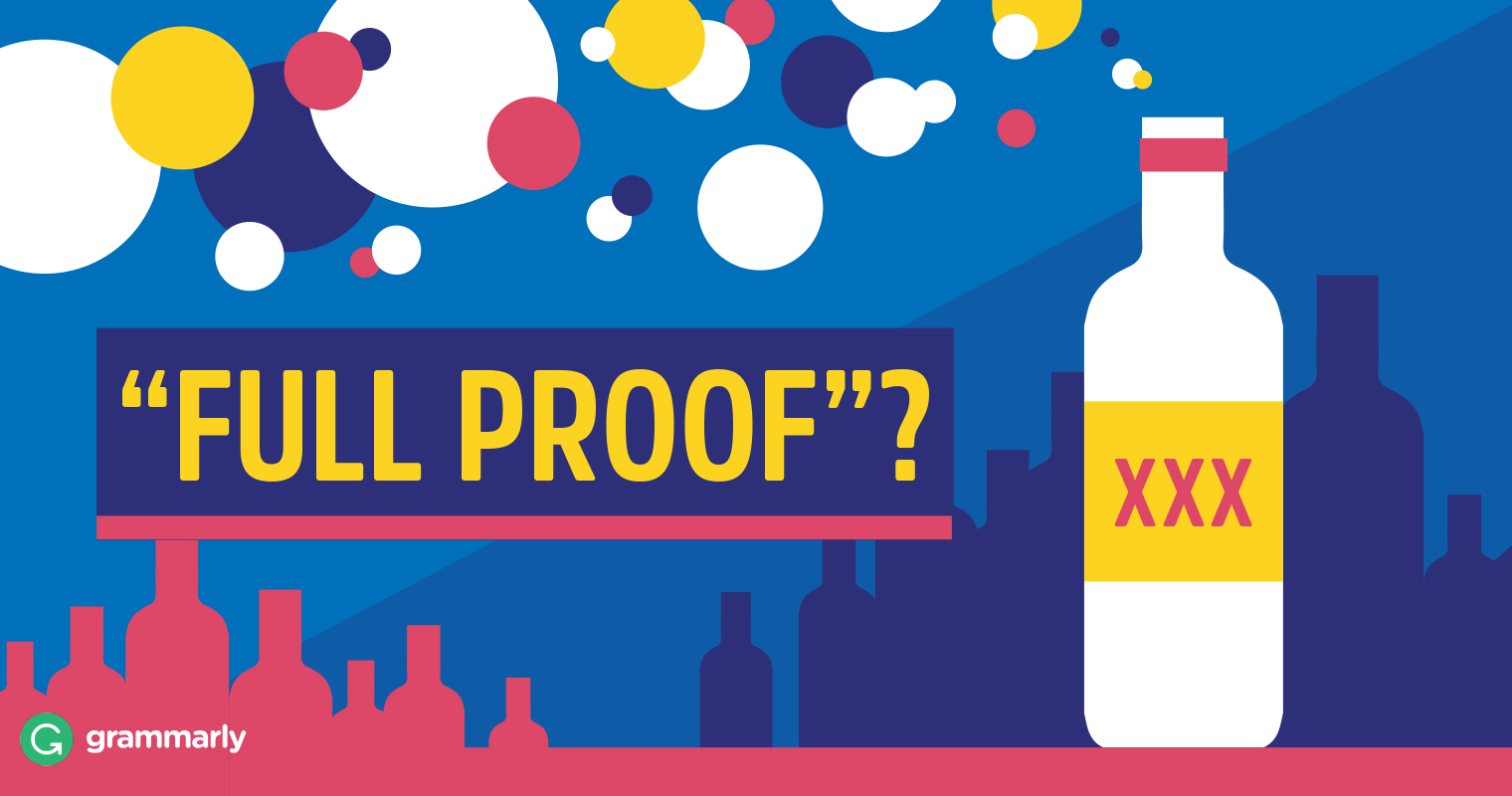 English Bites! My Fullproof English Learning Formula is the story of a man who goes from being tongue tied in school to becoming a smooth talking banker. Through a series of hilarious personal adventures and misadventures, Manish Gupta provides easy solutions to problems faced language learners. —Publisher description of English Bites! by Manish Gupta

Here are her three fullproof steps to achieving enviable hair, but be warned — it’s probably too late for you to take advantage of #3. —Ericka Goodman, “The Secret to Anna Christina’s Schwartz’s Luxurious Locks”

The extra safety measures are designed to make people feel safe, but Snyder acknowledges they are not fullproof. —Derek Miller, Newsnet5.com

In the first example, fullproof is an intentional misspelling of foolproof. On the cover of the book, there is a red circle around the word that is meant to look like a proofreader’s mark. In the other two examples, it appears that the writers simply confused full with fool. Compare them with these instances of foolproof:

It’s not easy to tell Africanized bees from non-Africanized bees at first glance; theoretically, their wings might be a bit shorter, but the only foolproof way to tell is to perform a DNA test to look for African honeybee DNA.

In fact, autopilot technology in airplanes evolved alongside the development of fixed-wing flight in the early 20th century, and as early as 1916, a New York Times article describing an aviation autopilot announced, “New device makes airships foolproof!”

The confusion is understandable. After all, the pronunciation of full is similar to that of fool. Why, there are even videos devoted to distinguishing these two words!

Foolproof means infallible, or so simple or well-made that nothing can go wrong. It’s synonyms are reliable, sure, guaranteed, and flawless. There’s no such word as fullproof.

If a fool is lacking in good sense, the opposite is someone shrewd. Don’t let this similar-sounding pair trick you! If you practice enunciating fool and full, you will be less likely to make the mistake of using fullproof. Then you can honestly say that when it comes to spelling foolproof, you’re nobody’s fool.