How One Woman Revolutionized America’s Culinary Landscape with Writing 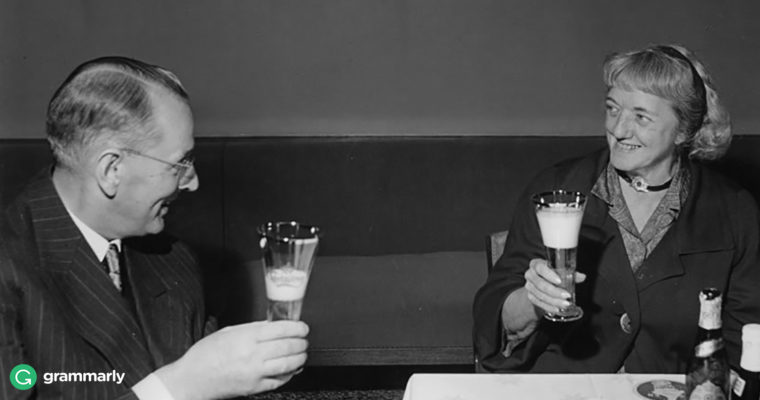 Words are powerful. They can change minds, start revolutions, and even sell ShamWows. For this reason, writers know they have a huge responsibility — the words they use could potentially change the world.

One woman whose words changed an entire field was food journalist Clementine Paddleford. Her groundbreaking career spanned the 1920s through the 1960s. At the height of her career, 12 million households were reading her column. She was a household name.

When Clementine hit the scene in the 1920s, food writing was pretty dull stuff. It was mostly instructional, focusing on recipes and advice, and was presented like a home ec lesson rather than the seductive, beautifully photographed food blogs we’re used to today.

So what happened between then and now?

It turns out Clementine Paddleford changed everything. She turned the status quo on its head and set out to pioneer a whole new approach to food journalism.

Clementine’s writing was lush and vivid with irresistible descriptions of foods and places. She described the shrimp tails in shrimp cocktail as “tip-tilted over the glass like pink commas” and a familiar root vegetable as “a tiny radish of passionate scarlet, tipped modestly in white.”

As market editor at the New York Herald-Tribune, she would scour the markets each morning, hunting for delectable picks. She wrote:

A tour of smells, our daily tramp through the markets of the town. Catch that savory boiling fat from a kitchen on the Bowery? Cheese, smoked meats, the fish market; and the coffee on Water Street the best of all, heavy, sultry and slightly charred.

In another Herald-Tribune column she described her visit to a Bartlett pear harvest:

A wonderful trip through California’s brown hills, tawny hills, made gold and brown by sun-cured grasses, made lavender and gray by sage and green spotted by cactus. … Past the hop fields, the vineyards, the English walnut orchards, past acres of wasteland where gold had been dredged. … These were the Bartlett pears, the pears now pyramiding our huckster barrows, the very pears you can buy this morning at your corner store for five cents apiece.

Clementine’s words sent her hungry readers clamoring to their corner markets in search of the mouthwatering finds she wrote about.

She began to travel extensively around the U.S., interviewing home cooks and researching regional cuisines. She was known as “the roving food reporter” and traveled so much (800,000 miles during her career) that she became a certified pilot and flew her own Piper Cub plane to make her travels easier.

In 1949 she wrote in This Week Magazine:

I’ve just travelled eight thousand miles from the East Coast to the West, into the South, into big cities, little towns, to see how America eats, what’s cooking for dinner…. I have knocked at kitchen doors, spied into pantries, stayed to eat supper…. I have interviewed food editors in 24 cities…. I have shopped corner groceries, specialty food shops, supermarkets, public markets, push carts.

In recent years home cooking has had a huge resurgence in popularity, but in Clementine’s day she was the only journalist reporting on it. She passionately told the stories of how food is connected to people and to places, and celebrated the traditional recipes and details of everyday life that her contemporaries had written off.

Oh, and she actually had to coin the phrase “regional American cooking” because no such term existed at the time!

Fifty years before the Internet, she was popularizing regional food trends and connecting people to far off places and foods they’d never experienced. Because of her influence, people were changing the ways they thought and communicated about food.

Clementine had unprecedented success as a food journalist. She wrote for a slew of impressive newspapers and magazines, published almost a dozen books, and received numerous awards for her reporting (including from Eleanor Roosevelt).

But as a visionary pioneer navigating what was very much a man’s world, she experienced her own share of adversity. Not everyone took her ideas seriously at first or understood what she was doing.

Clementine frequently had to push back against editors who thought her sentence structures outlandish and her word choices too bold. Like the time she used the word “blood” to reference a freshly squeezed tomato and an unimaginative newspaper changed it to the less offensive (and less exciting) word “juice.” Ask any food blogger — Clementine knew what she was doing!

She also persisted through personal setbacks. When Clementine was thirty-three and already in the midst of her journalism career, her doctors discovered she had laryngeal cancer. They performed a partial laryngectomy; afterward, Clementine breathed through a hole in her throat and had to press a button on her throat in order to speak. This gave her voice a deep and raspy sound, which could definitely be a challenge for a journalist who made her living by interviewing people. But Clementine was undaunted and turned her lemons into lemonade. In regard to her unusual voice, she famously said, “People never forget me.”

Today, for those of us who have grown up in the golden age of Food Network and the Travel Channel with (literally) millions of food blogs at our fingertips, it’s easy not to realize how different the food world used to be.

Because of Clementine’s hard work, we now have a much richer culinary landscape and language. She paved the way for home-cooks-turned-celebrities like Julia Child and Rachael Ray, inspiring food writers and activists like Michael Pollan and Alice Waters, and trailblazing food adventurers like Anthony Bourdain and Andrew Zimmern.

As it turns out, one person’s voice can truly make all the difference. Clementine didn’t set out to be a revolutionary, but despite the resistance she faced, she stayed true to her vision. Her mother once told her: “Never grow a wishbone, daughter, where your backbone ought to be.”

So the next time you find yourself going against the flow, and the going is getting tough — take courage. Even if you’re afraid to speak out, know that your voice matters and can be a powerful force for change.