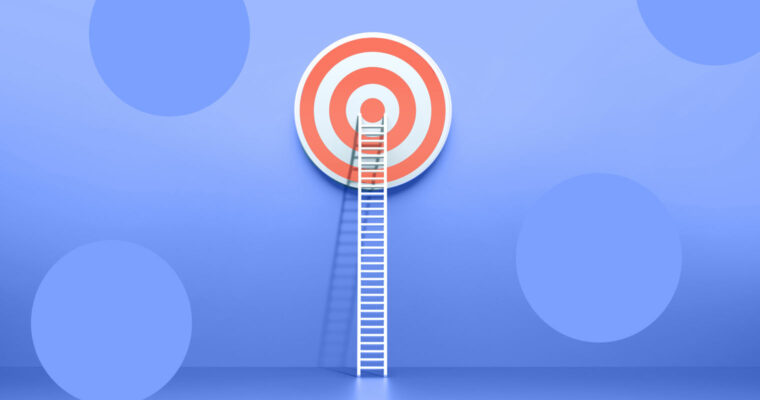 The third week of January arrives . . . are you still going to the gym? Cutting out sugar? And how about that career change you said you’d make?

It’s New Year’s resolution season, and that means more than just crowded gyms and surging membership numbers at your local fitness center. This time of year is also busy for career coaches like Adrian Klaphaak, founder of a San Francisco-based company A Path That Fits, which helps established professionals find new career paths and navigate through career and life changes.

“I think the changing of the year, the seasons, or whatever happens this time of year coming out of the holidays and thinking about the year ahead—it’s a great opportunity for people to reflect on what has meaning in their life, what they most deeply want,” Klaphaak said. “And then recommit themselves to those changes.”

Likewise, research psychologist Dr. Tchiki Davis sees an uptick in user engagement and client interaction around this time of year. Davis’ company, Berkeley Well Being, aims to make the complicated science of happiness and well-being more palatable for people via books and other media, in order to make real changes in their lives.

A growth mindset doesn’t have to be limited to this time of year. So, what’s an actionable step we can take to get over that New Year’s resolution hump?

Davis, who authored a 2018 book titled Purpose Driven Entrepreneurship, suggests that people start by blocking out time in their calendar to map out their “mental well-being goals.”

“We know that we need to block out time for the gym or meetings or learn a new skill,” Davis wrote in an email. “If we desire to build a growth mindset, we’ll benefit from blocking out time to focus on that too. Even if that just means we set a reminder on our smartphone to buzz each day, and we spent 10 seconds telling ourselves, ‘Yes, I can grow and improve and reach my goals.’ That can help build neural pathways in our brains to make those thoughts more easily accessible and automatic.”

Established in 2006, Klaphaak’s company offers three-month programs via one-on-one coaching or group settings that encourage people to take a more holistic look at their lives when it comes to making a career change. Understandably, for people entrenched in their industries and careers for 10, 20, or 30 years, plenty of doubt can swirl over any ideas of a career shift.

In his experience, Klaphaak finds it much more effective if he helps someone look at the roots of their desires and goals rather than set sights on something like a dollar figure.

“We don’t just want to say to somebody, ‘OK. What’s the next step for you and when will you do it?’ And then hold an accountability structure,” Klaphaak said. “That’s useful—it really is—and it also has its limitations because it’s not always addressing the deeper thing that’s keeping someone stuck. We want to create a space and encourage people to look at and share what that deeper thing is so we can work through it together.”

Take a look within

Beyond that, Klaphaak said it’s paramount to find a role that suits your personality, passions, and ideally serves a greater purpose that benefits a greater community. And when it comes to What’s next? Klapahaak suggests approaching it less with a What’s available to me? attitude, and instead ask the question, Who am I?

>>READ MORE: How To Set Goals in the Grammarly Editor

“There’s all this richness inside every one of us to discover,” Klaphaak said. “And when we do discover it, then we can return to that, What should I do next? question much more clear, confident, and empowered. What we’re doing is, we are being ourselves at work. To say we’re expressing our gifts, we’re doing what we’re passionate about and doing it in a way that feels authentic.”

That’s not to say it’s all rosy. Failure is real. Davis went so far as to say, “failure is inevitable.”  Simply getting over that fear of failure to take a chance in the first place is a whole different beast.

If you’re having doubts, you’re not alone.

“One of the activities I suggest is that people write about a few times they learned something new or did something hard,” Davis said. “Sometimes we just need a little reminder that we are totally capable of growing, and this can help shift us more into a growth mindset. . . . Be persistent but flexible. Try hard, but never aim for perfection. And try to enjoy the journey.”

And remember who you’re doing it for.

“We could be really good at achieving other people’s goals,” Klaphaak said. “But it’s not going to lead us to a fulfilling life. What’s going to be fulfilling—and I think how we’re going to have our greatest contribution to others, to the world—comes from listening deeply to, Who am I? and What am I most deeply called to do? and following that.”