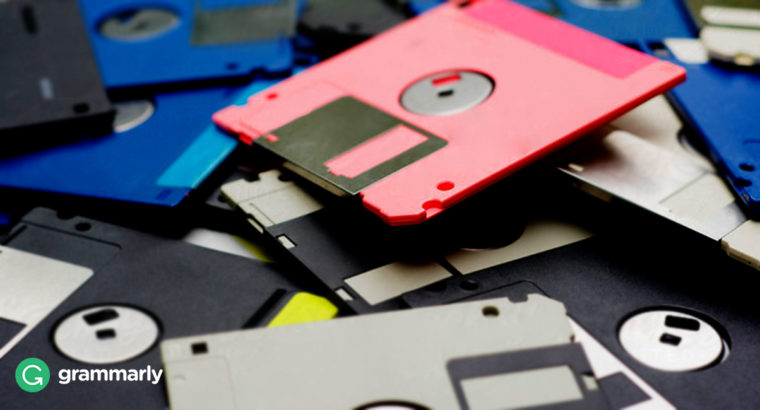 In the ancient Greek Olympics, the pentathlon was a competition consisting of five events—the long jump, the javelin throw, the discus throw, the stadium (which was a short race), and finally, wrestling. In the modern revival, the original pentathlon was renewed for a while but was eventually replaced with a more modern version. Since 1984, there have been no pentathlons in the Olympic Games. But the events of the original pentathlon survive as standalone disciplines, so we still get to see athletes throw those disk-shaped objects as far as they possibly can. Or do they? Because depending on the person describing the sport, the athletes might in fact be throwing disc-shaped objects. Now this might seem like unnecessary nitpicking by language nerds, but there are some differences in the use of disc and disk, slight as they might be.

What Do Disks and Discs Have in Common?

Let’s start with what both spellings have in common. “Disc” and “disk” refer to the same basic shape: it’s circular and flat, sort of like a plate or a CD. In that sense, disk and disc are just alternate spellings of the same word. The pronunciation doesn’t change from one spelling to the other, and they share the same root—the Latin word discus—which itself has roots in the Greek word diskos, derived from dikein, which means “to throw,” and showcases the Ancient Greeks’ proclivity for discus throwing.

While it shares its meaning with disc, disk is the generally preferred spelling in American English:

Turn dough out onto a lightly floured work surface and shape into a 1-inch-thick disk. —The Wall Street Journal

It’s also standard when talking about computer components such as hard disks or floppy disks (remember those?).

It points out that full disk encryption (FDE) doesn’t protect you against malicious websites and viruses, nor does it stop internet surveillance. —The Guardian

The AMA recommends disk when talking about anatomical terms, except in ophthalmology, where it advises the use of disc:

He had an operation in 2008 to remove a kidney and another in 2009 to repair a herniated disk in his back. —The Daily Mail

Disc is the preferred spelling of the word in British English:

In scenes not unlike the Independence Day franchise about alien invasions of Earth, videos have apparently shown a gigantic disc-shaped cloud over the skies in Cartagena, Colombia, South America. —The Daily Express

When you want to talk about disks in the sense of sound carriers, be they phonograph records or compact discs, the preferred spelling is also disc:

But it’s funny, because though my son has apparently never seen a compact disc, he’s very into records. —The Washington Post

His signature line was a self-deprecating one: “America’s most adequate swinging disc jockey.” —The New York Times

When discs are a part of agricultural equipment, they are also spelled with a “c”:

Discs are among the most significant advances. Heavier implements moving at higher speeds required better discs that kept their edge longer. —The Western Producer

The spelling with a “c” is also preferred in all disc-shaped things related to the eye and ophthalmology:

The spot where your optic nerve connects to your retina is your optic disc. There are no photoreceptor cells on the disc, so when an image hits it, you can’t see it. —Adweek