Complement vs. Compliment: What’s the Difference? 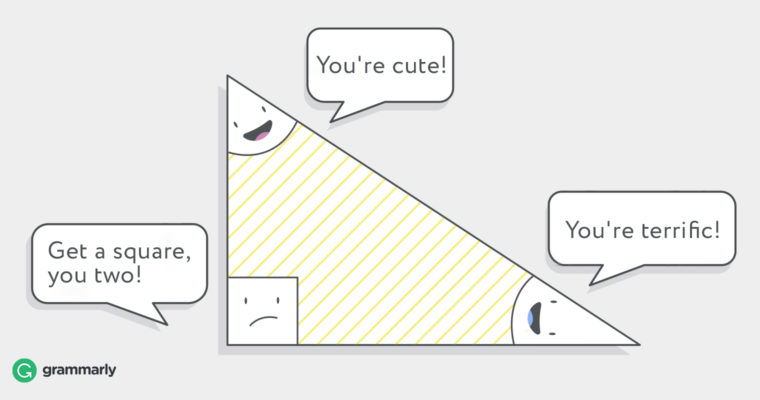 Here’s a tip: A complement is related to completion, while a compliment relates to flattering words or acts.

Everybody loves a compliment. Or is it a complement they love? If there is a published list of commonly confused words, complement and compliment are almost certain to appear. However, these two terms don’t have to be on your personal list of befuddling vocabulary! Here’s the breakdown.

Here’s a tip: Want to make sure your writing shines? Grammarly can check your spelling and save you from grammar and punctuation mistakes. It even proofreads your text, so your work is extra polished wherever you write.
Give your writing extra polish
Grammarly helps you communicate confidently

How can you define complement? If you think complement looks a little like the word complete, that can help you to remember some of its most useful meanings. A complement is something that completes or perfects.

Her dress perfectly complements the shade of her eyes.
They make a great couple; their personalities are a perfect complement to one another.

In science, the complement system refers to proteins that circulate in your blood. The name of the system derives from its function. Specific proteins match specific antibodies. In other words, the proteins complement the antibodies. Here is a brief explanation from Washington.edu:

The complement system is a set of over 20 different protein molecules always found in the blood. . . . With an infection, this system of molecules is activated, leading to a sequence of events on the surface of the pathogen that helps destroy the pathogen and eliminate the infection.

Complements also appear in mathematics. A complement is an amount added to something to complete it. In geometry, it’s the quantity that an angle or an arc is short of ninety degrees.

Here are some examples from math websites:

If our universal set is the states of the United States, then a possible subset is the set of the New England states . . . {Connecticut, Maine, Massachusetts, New Hampshire, Rhode Island, Vermont}. The complement of A would then be the set containing all of the other states that are not part of New England.

When two angles add to 90°, we say they “complement” each other. Complementary comes from Latin completum meaning “completed” because the right angle is thought of as being a complete angle.

In economics, the definition of complementary goods is interesting. These items have little or no value on their own, but they add value to other items. Investopedia gives hot dog buns as a real world example of this concept. Most people don’t use hot dog buns alone, but they love them filled with hot dogs and all their favorite fixings.

Complement as a verb

As a verb, what does complement mean? In general, it means “to complete, to provide something lacking, or form a complement to.” Here’s one example of complement in a sentence from the web:

“One technology doesn’t replace another, it complements. Books are no more threatened by Kindle than stairs by elevators.”

How do you define compliment? It’s is an expression of praise, commendation, respect, or regard. It can be a formal act or as simple as a courteous greeting or wishing someone well. Notice these examples:

“To be trusted is a greater compliment than being loved.”

“I take no leave of you, Miss Bennet. I send no compliments to your mother. You deserve no such attention. I am most seriously displeased.”

—Pride and Prejudice by Jane Austen

Compliment as a verb

The verb compliment means to praise, congratulate, or say something admiring to someone. It can also include showing kindness. Compliments may come in the form of a friendly gesture or a gift.

“Compliment people. Magnify their strengths, not their weaknesses.”

Praise is not the only definition of compliment. Merriam-Webster Learner’s Dictionary helps demonstrate how native speakers might use the phrase “compliments of” with some examples. In the first example below, the phrase identifies the provider of something given at no charge. The second example uses the phrase sarcastically to refer to the source of something unwanted.

We were served free drinks, compliments of the casino.

I woke up with a stiff neck, compliments of that uncomfortable mattress in their guest room.

Compliment vs. complement: Tricks to remember the difference

How can you differentiate between compliment and complement? One trick is to give yourself a compliment:

Are you smart, creative, or compassionate? Tell yourself so, and then acknowledge:

I love how smart I am!

When you acknowledge your compliment, you will recall that the letter I is the difference between compliment and complement. These terms are homophones, words that sound alike but have different definitions and spellings. This trick will also help you decide how to spell each word correctly in the proper context. If you are not a fan of tooting your own horn, you could associate the I with insult. An insult is the opposite of a compliment. To remember complement, think of the word enhance when you look at the e. Enhancement is a synonym of complement.

What about the related words complimentary and complementary? Both of these words function as adjectives. Complimentary means “expressing a compliment” or “favorable.” It can also mean “free” in reference to items or services provided as a courtesy. Complementary refers to enhancing or emphasizing the qualities of another person or thing.

In medicine, complementary refers to alternative medicine or additional treatment that is administered alongside traditional medicine.

Do you love nice compliments? If you are ready to remove compliment and complement from your personal list of confusing words, you deserve one! Good job on mastering two easily confused words!