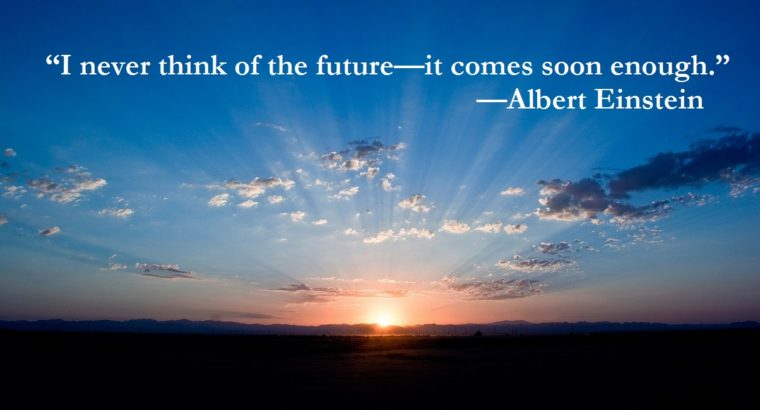 The simple future is a verb tense that’s used to talk about things that haven’t happened yet.

This year, Jen will read War and Peace. It will be hard, but she’s determined to do it.

Use the simple future to talk about an action or condition that will begin and end in the future.

How to Form the Simple Future

The formula for the simple future is will + [root form of verb].

I will learn a new language. Jen will read that book. My brothers will sleep till noon if no one wakes them up. You will see what I mean.

It doesn’t matter if the subject is singular or plural; the formula for the simple future doesn’t change.

There is another way to show that something will happen in the future. It follows the formula [am/is/are] + going to + [root form verb].

I am going to learn a new language. Jen is going to read that book. My brothers are going to sleep till noon if no one wakes them up. You are going to see what I mean.

The “going to” construction is common in speech and casual writing. Keep in mind though that it’s on the informal side, so it’s a good idea to stick to the will + [root form] construction in formal writing.

How to Make the Simple Future Negative

To make the simple future negative, the formula is will + not + [root form].

Jen will not quit before she reaches her goal. Make sure you arrive on time tomorrow because the bus will not wait for you. He will not say anything bad about his boss. I will not finish my homework in time for class.

How to Ask a Question

To ask a question in the simple future, the formula is will + [subject] + [root form].

Will Jen finish War and Peace over the summer? Will I have the discipline to study Spanish every day? What will you buy with the money you found?

Is Jen going to finish War and Peace over the summer? Am I going to have the discipline to study Spanish every day? What are you going to buy with the money you found?

Common Verbs in the Simple Future 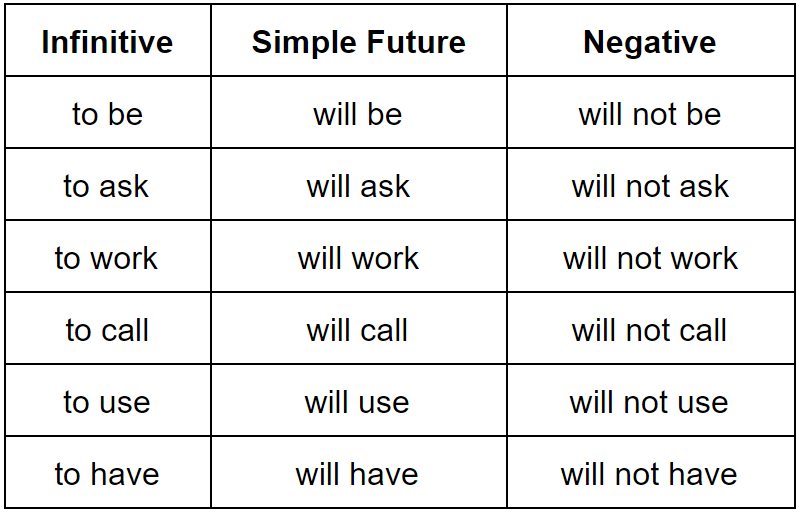 The “Going to” Construction