5 Email Habits to Keep Your Inbox (and Coworkers) Happy 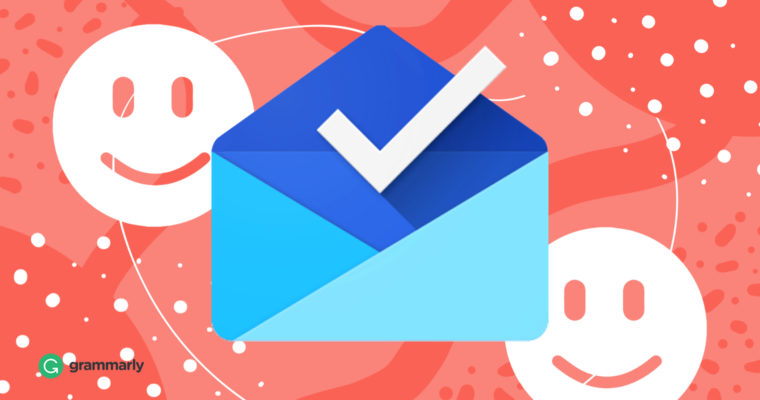 It’s that rare, beautiful Monday when you make it to the office early. Your commute wasn’t as vexing as usual, your coffee’s still hot, and no one is around yet. Your heart races at this delicious opportunity to get some actual work done without the usual distractions.

You peel open your laptop only to discover twenty-seven unread emails. Your shoulders slump in despair. How many of these even matter? Do any of them? What if one does and you miss it? Better start sifting.

Your frustration rises as you realize a dozen of these don’t concern you at all—someone from another department decided to “loop you in” on their discussion of an article their acupuncturist forwarded. Scrolling down, that was before, let’s see . . . six others chimed in, reply-all style. Argh. Deep breaths.

The gaucheries and perturbations of email are many, but we’ve noticed a few that are especially reviled—the kind of mistakes a paragon of email etiquette such as yourself would never make. Lead your colleagues by example: here’s our countdown of sound email habits to keep in mind.

Chet, your company’s new copywriter, is drafting a few words for Pauline in the design department to use. Pauline’s deputy, Brandon, will be filling in for her on Thursday, so Chet copies him as well. Gotta be thorough.

Chet’s also not certain he’s accurately summarizing Gwyn’s explanation of their next release, so why not copy her, too, for clarification? Gwyn said something about the wording needing a legal review, so, Chet reasons, better loop those guys in. And Mia, the project manager, hates not knowing what’s going on, so, well, you see where this is headed. Back away from the send button, Chet.

A relatively small task can rapidly balloon into an all-staff inbox nightmare if you’re not judicious. And even if you mean well and have good reasons, otherwise decent humans sometimes do indecent things with the reply-all button. Are you willing to risk it?

If it’s vital to send an email to a lot of people at once, consider putting their addresses in the BCC field, so those who respond won’t clog dozens of other inboxes.

Another solution for Chet might be to break this task up into smaller pieces: update the designers in one email, check in with Gwyn in another, pop by the legal corral and ask when they can talk, and apprise Mia at this afternoon’s planning meeting. Speaking of which . . .

4 Know when and when not to email

Email is a fine tool, but it’s often a poor substitute for real-time conversation—particularly the kind where you need room to ask or answer follow-up questions and clarify as you go along. Some examples:

The flip side of this balancing act is knowing when you should send an email. Sometimes the matter simply doesn’t merit a full-on conversation. Moments like these are when email shines.

If the issue is urgent—as in, today, now urgent—you might be better off sending a message, rather than waiting for recipients to check their inbox.

Not everyone empties their inbox daily, or perhaps ever.

A reporter who gets a hundred emails each day, some crucial and others inane, might triage which ones seem worth her time to even open. Such quick judgments hinge on the subject line. Assuming you don’t want your correspondences with busy people to go forever ignored, you have to make clear why you’re writing, and that it matters.

Also, keep it brief. There’s no need for your subject line to resemble a micro-poem of your email’s contents.

Pro tip: Some veteran emailers, wary of potentially firing off a half-written note, don’t put a valid email address in the To line until they’re ready to mash Send. Instead, they temporarily paste the recipient’s address in the subject line, where it will be easy to find and move once the time comes. This last step can be a useful reminder to fill in that subject line.

2 Neither a “+1” responder nor an over-forwarder be

Respecting people’s inboxes means taking ownership over what your sent folder says about you.

A colleague who writes a thoughtful, lucid email that brightens your day deserves better than a thumbs-up emoji back. This kind of “+1” response is akin to saying “cool beans” and changing the subject when a friend offers you a ride to the airport. Don’t you want to show a bit more in the way of appreciation, or at least acknowledgment?

Similarly, a tangled thread of to-dos, follow-ups and maybe-someone-in-finance-can-answer-that uncertainties is rarely made better by sharing it with still more people. When you become part of the forwarded-message juggling troupe, constantly shunting messages in random directions with little regard for what it means or to whom, it implies nothing you’re writing or sharing really matters. You can do better.

1 Don’t ambush people by casually threading in their boss

Suppose you’ve been emailing back and forth with someone, telling them something they don’t want to hear. You’ve managed to keep things relatively polite up until now: “No, I’m sorry, that timeframe isn’t realistic,” you’re saying. “Yes, I understand your concern, but the legal team says we can’t change that wording.”

Then comes the bombshell in their next reply: they’re CC-ing your manager. Apparently, this person is unhappy with your responses and has decided an escalation is in order. Oof.

There are plenty of times when it makes sense to add someone’s boss to a thread, but this isn’t one of them. This kind of sneak attack leaves people feeling burned; your next interaction with them will likely fall short of cordial. In other words, it’s not a good look. And it risks burning bridges the next time you have to work together.

Fortunately, this one is easy to avoid; all you have to do is not blindside people by trying to use their boss as a cudgel.

Thanks for reading this far, and please refrain from hitting reply-all in your response.