Benefited or Benefitted—Which Is Right?

When you make a verb past tense, sometimes all you have to do is add -ed. Other times, you double the final consonant before adding it. What about the verb benefit? Is the past tense benefited or benefitted? 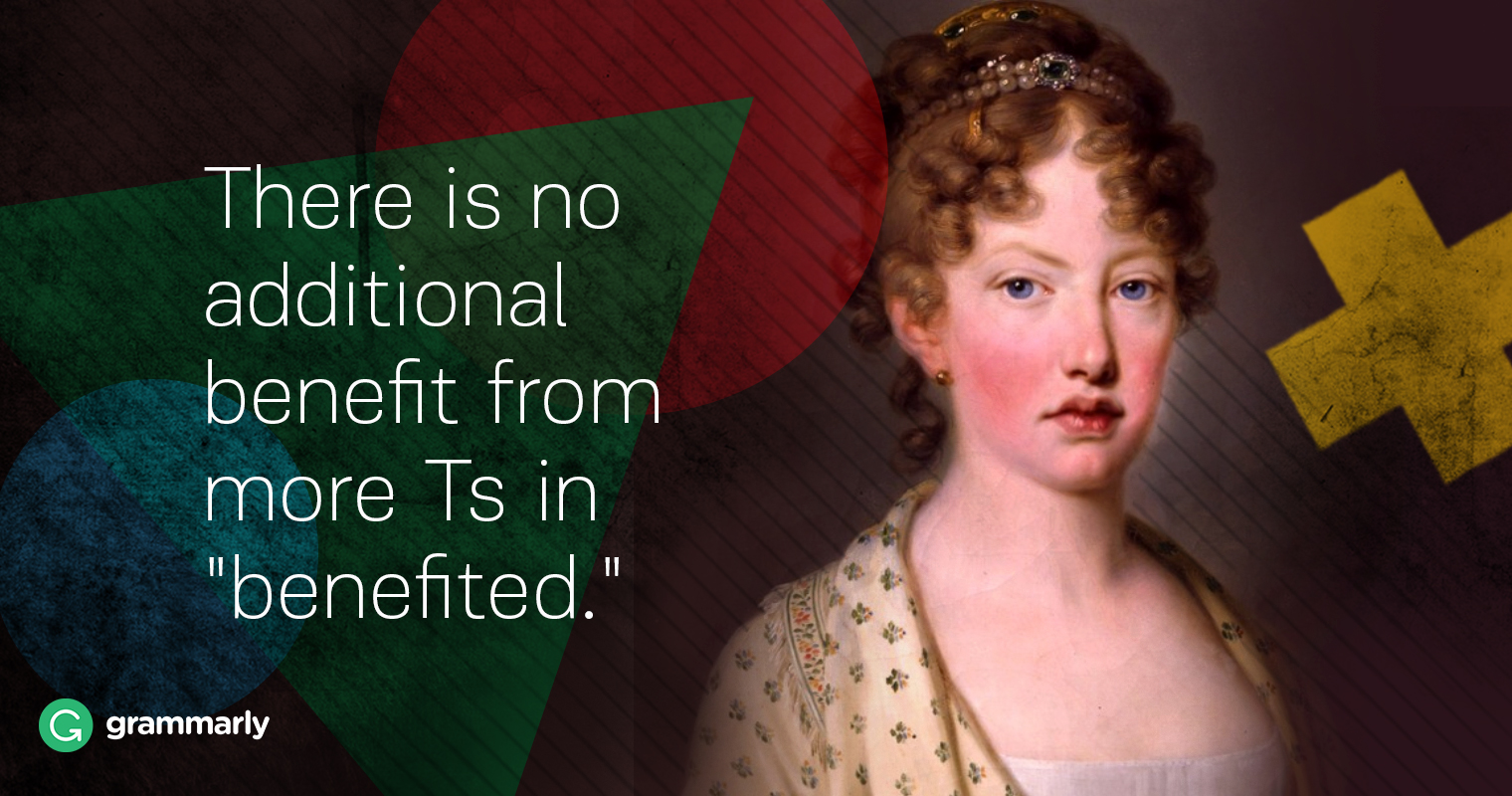 Is the ending in a consonant-vowel-consonant pattern? Yes, F-I-T are the last three letters. Is the verb one syllable? No, benefit is three syllables. So now, you would only double the last consonant if it’s stressed. Is it stressed? That answer is not so cut-and-dried. Benefit sounds a little different in British and American English. Some say that the final F-I-T is unstresssed in American English. By that criterion, you can write the past tense of benefit as benefited. In the United States, this is the most common way to spell it.

Why would anyone spell benefitted with a double T? Well, even native English speakers might not know all the rules that govern the language. Another verb, fit, does double the T in the past tense because it is one syllable. So it’s easy to see why people might think benefit is like fit in the past tense. Others say the final syllable of benefit receives a secondary stress, so perhaps that’s reason enough to apply the stressed last syllable rule.

Would you like to see benefited and benefitted in context? Let’s look at some examples from books and online. Which way of writing it seems right to you?

Four situations were measured: when lying benefitted both people, when lying benefitted only the partner, when lying benefitted only the participant, and when lying hurt them both.
Bustle.com
With plentiful oil and gas reserves, one would hope Alberta benefitted from the rise in energy prices, just as Hawaii should benefit from warm weather that fosters its tourism industry.
CalgaryHerald.com
I count as blessings things I could have benefited from, even if I neglected to utilize them. A gift is still a gift, even if left wrapped and unopened.”
Jarod Kintz, This Book is Not for Sale
Consumer spending also clearly benefited from the weakened pound encouraging spending by overseas visitors to the UK.
Independent

If you are in favor of spelling the past tense of benefit with one T, you are part of the majority in the United States. However, if you think that the final T should be doubled, you are definitely not alone. You can spell it either way, but be prepared; your choice might result in a friendly debate!