What Is the Appeal to Pity Fallacy? 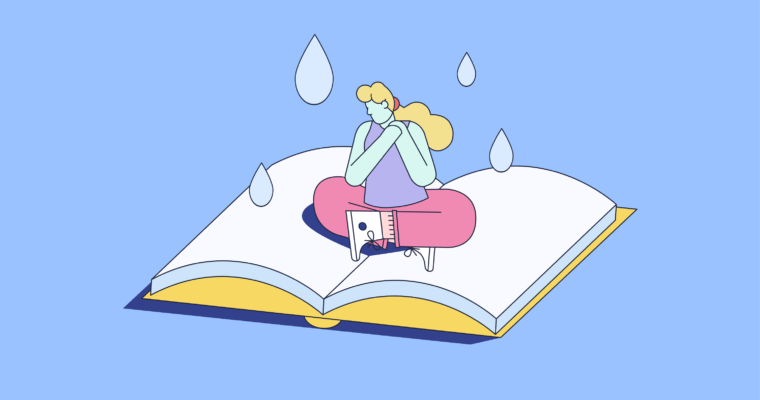 The following sentence contains a logical fallacy—see if you can spot it:

Please read the rest of this blog post because we worked really hard to write it.

As you might have guessed from the title, the logical fallacy at work is the appeal to pity fallacy. Can you see where it comes into play? If not, no worries—you’ll be a pro at spotting the appeal to pity fallacy by the end of this post. It’s the second half of the sentence, the part where we support our request that you read the blog post by telling you we worked really hard on it. This is regarded as a fallacy because how hard we worked doesn’t matter and isn’t a valid reason for you to read it.

What is the appeal to pity fallacy?

The appeal to pity fallacy is the fallacy of supporting a position by attempting to provoke pity or guilt in your audience or opponent.

You’ve probably faced an appeal to pity before, and you’ve likely used it yourself. Here is an example:

“Won’t you have some more food? I was in the kitchen all day preparing this meal.”

The appeal to pity fallacy, like all appeal to emotion fallacies, is a fallacy of relevance. Simply put, the attempt to elicit pity just isn’t relevant to the arguer’s position. Take another look at the example above. The arguer is claiming that because they spent the whole day preparing the meal, the listener should eat more food. But in reality, how long they spent on the meal is irrelevant to whether the listener should or shouldn’t eat more—being hungry is the only relevant reason to eat more.

Individuals and groups use the appeal to pity fallacy all the time, in a variety of scenarios. In a classroom setting, it might sound like this:

Student: “Can I please have an extension for my paper? I’m busy with soccer and babysitting, and juggling deadlines is difficult for me.”

In an attempt to sway a jury’s ruling on their client’s punishment, a lawyer might argue:

Lawyer: “My client might have robbed the bank, but his family would be devastated if he went to jail.”

You might have also seen it used in romantic comedies:

Romantic lead character: “Won’t you go out on just one date with me? I think you have the most beautiful smile, and it would mean so much if you would just give me a chance.”

What is it also known as?

Sometimes, the appeal to pity fallacy is called the Galileo argument. Galileo Galilei was an Italian astronomer who promoted a heliocentric model of our universe during the late sixteenth and early seventeenth centuries, with the sun at the center and the planets revolving around it. This contradicted the Earth-centered model promoted by the Roman Catholic church at the time, which led to Galileo being placed on house arrest for heresy. Eventually, his model became accepted, and some attribute the sympathy people felt for Galileo over how he was treated as a factor in his ideas becoming more widely accepted.

The appeal to pity fallacy is sometimes compared to the red herring fallacy. Both are fallacies of relevance, and both operate by introducing an irrelevant point to the discussion. The difference is that while the appeal to pity attempts to garner sympathy or pity from listeners, the red herring fallacy attempts to compare the discussion topic to something else, trying to sidetrack the audience onto a different discussion.

Examples of the appeal to pity fallacy

An individual walking into a restaurant that’s about to close: “I know the restaurant’s closing in 15 minutes, but can’t you make an exception and let me order? I’ve been in meetings all day, and I’m hungry.”

A resident writing to their council member: “Please keep the municipal pool open an extra few weeks this year because it was closed for part of last summer, and a lot of us didn’t get to go.”

A political candidate concluding a campaign speech: “Remember to vote for me on Election Day. This is my fourth time running for office in this city, and every time I run, I get a little bit closer to winning. Help me win this one.”

How to avoid the appeal to pity fallacy

Although we like to think we’re perfectly logical, rational communicators, the reality is that we’re not. People make illogical arguments and statements sometimes. The keys to preventing them from undermining your work, your communication, and your professional reputation are:

Your claim might be fallacious if you can’t support it with a relevant fact, statistic, or finding. Illogical claims are perfectly fine in personal essays and any other kind of writing where you’re exploring your personal feelings or a fictional world, but in a persuasive essay or any other piece that communicates facts, logical fallacies only undermine your writing position.

The claim itself may, in fact, be correct, but it might need a better source to support it.

What is the appeal to pity fallacy?

The appeal to pity fallacy is the fallacy of supporting a position by attempting to provoke pity or guilt in your audience.

How does the appeal to pity fallacy work?

The appeal to pity fallacy works by applying pathos, the rhetorical device of appealing to the listener’s emotions. It is classified as an appeal to emotion fallacy.

What’s an example of the appeal to pity fallacy?

How can I avoid the appeal to pity fallacy in my writing?

Read your work and pay close attention to any claim you make. If you find that you’ve made an illogical argument, find a factual source to support your claim. If one doesn’t exist, rework your claim so you can support it with relevant facts.