What Is the Ad Hominem Logical Fallacy? 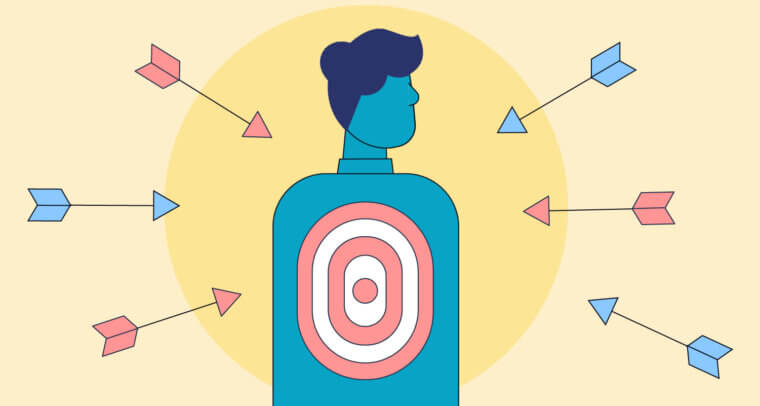 There’s nothing worse than when you’re debating someone who has no idea what they’re talking about, is obviously a fool, and to make it worse, smells like dirty socks.

Ugh. It’s just the worst. And they need to know just how uninformed they are (and that they smell like dirty socks).

Actually, they don’t. When your argument strays from the issue at hand to criticisms of the person you’re arguing with, you’re no longer communicating logically. Instead, you’re making an ad hominem attack.

What is the ad hominem logical fallacy?

Ad hominem (Latin for “to the person”) is a category of argumentative strategies that involve criticizing an opponent’s character, motive, background, or other personal attributes instead of their argument’s content. Here’s a quick example:

Person 1: I’m tired of always being the driver whenever we go out as a group.

Person 2: You’re way too nervous about driving at night, so of course, you don’t want to drive.

While this post focuses on ad hominem arguments as logical fallacies, it’s important to acknowledge that there are legitimate uses of this rhetorical strategy that are not fallacious. Calling attention to an arguer’s lack of expertise in the subject they’re arguing about or noting a conflict of interest that prevents them from being an unbiased participant in the discussion are two examples of this.

For example, you might write in your argumentative essay that the local candidate running on a pro-development platform has ties to local construction firms. If it’s true and relevant to the discussion, it’s not a logical fallacy.

Relevant is the keyword. Among logical fallacies, ad hominem is a fallacy of relevance. That means that its flaw is its lack of relevance to the discussion in which it’s used. More broadly, ad hominem is an informal fallacy. This type of fallacy is where the flaw lies in the application of an argument rather than in the logic of the argument itself.

Ad hominem arguments have been recognized as logical fallacies for centuries, with Aristotle writing about them in his work Sophistical Refutations, from 350 BCE. Centuries later, Galileo Galilei and John Locke each independently discussed ad hominem arguments in their works.

This last argument is not fallacious because it responds to the subject’s position—or at least we can assume it does, given we don’t actually know the subject’s position in this example. It could be an example of a straw man argument if it’s simplifying or exaggerating the opponent’s position. Similarly, it could be a red herring if it’s an attempt to shift the discussion’s focus away from its original argument, like the opponent stating that more resources need to be allocated to resolving a specific issue. In any case, the personal attack following the rebuttal isn’t an ad hominem attack; it’s just rude.

How does the ad hominem logical fallacy work?

The ad hominem logical fallacy, like other logical fallacies, often shows up in writing where the author is attempting to make or defend a contentious point. This could be an argumentative or a persuasive essay, a blog post, email, personal or corporate statement to the public, or any other interpersonal communication. You’ve probably encountered the ad hominem fallacy in social media comments and on message boards—and you might have even used this kind of argument yourself.

Ad hominem arguments, like other logical fallacies, undermine your overall message because they demonstrate a lack of logical thinking. If you catch yourself using this kind of argument, though, don’t sweat it—we all fall prey to logical fallacies from time to time. The key to keeping them out of your writing is carefully reviewing and revising each draft of your work to ensure each of your arguments is coherent and logical and supports the statement you’re making. In the revision process, you can also make word choice changes to craft a more cohesive tone and find places in your writing where you can reduce wastefulness and strengthen your argument.

To determine whether an argument you’re making is an ad hominem argument, examine its premise. If your rebuttal isn’t a response to your opponent’s position, rework it. Take a look at this argument:

In this example, your opponent’s lack of business experience is irrelevant to the discussion. A stronger way to demonstrate your viability as a candidate based on your experience could be a statement like this:

See how instead of attacking your opponent, this argument paints you as the stronger candidate and leaves the audience room to reach their own conclusions? This is one way to pivot away from an ad hominem argument and make a stronger, logically consistent claim.

When pivoting to a positive statement doesn’t fit into the discussion you’re having, another strategy for revising an ad hominem claim is refocusing your argument on relevant facts. For example, you might make this argument:

See how this argument, unlike the first example, makes clear, relevant points about the opponent’s expertise? In any back-and-forth discussion or other scenario where you’re tasked with arguing against another’s position, it’s crucial to remain focused on the discussion at hand. Straying from the discussion topic means automatically losing the argument, even if your opponent is factually wrong.

Ad hominem arguments can crop up in casual conversation too. Examples could sound like:

Person 1: Stop leaving your trash all over the sidewalk.

Person 2: Your lawn is overgrown; you’re the last person who should care about garbage on the sidewalk.

It’s important to keep in mind that even if your position is factually true, an ad hominem argument is still a logical fallacy. Using one of our examples, Steve may very well believe Earth is flat—that doesn’t mean that nothing he believes is true or that his belief in a flat Earth negates his other positions.

What is the ad hominem logical fallacy?

Ad hominem is a category of argument strategies that involve criticizing an opponent’s character, motive, background, or another personal attribute instead of their argument’s content.

How does the ad hominem logical fallacy work?

The ad hominem logical fallacy works by attacking an opponent’s personal characteristics rather than the content of the argument they’ve made.

How to identify an ad hominem fallacy

To determine whether a claim is an ad hominem statement, dissect it. Examine whether it’s a response to its opponent’s actual position or to something not related to the argument, like the opponent’s education level or personal history.