5 Books That Explain the Evolution of the English Language

Grammarly
Updated on
May 19, 2022Grammar 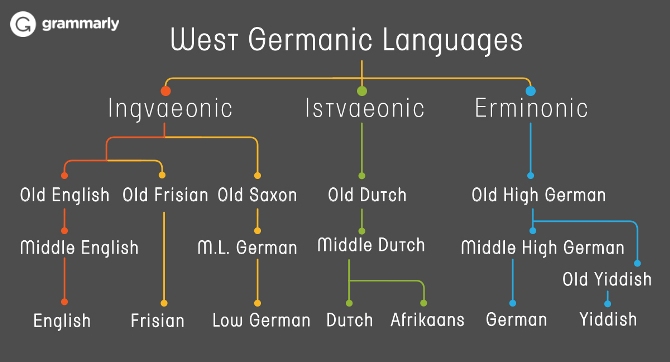 English is spoken by over one billion people as a first or second language. It began as a Germanic dialect and went on to adopt many words from other languages (nearly half the vocabulary in English is said to come from French and Latin). Some dictionaries have up to 600,000 words, although most native English speakers have a vocabulary of up to only 60,000 words. This complex, frustrating, and fascinating language has had a lengthy journey to become the language we know today. Here are five of our favorite books about the evolution of the English language.

1 Our Magnificent Bastard Tongue: The Untold History of English by John McWhorter

John McWhorter’s Our Magnificent Bastard Tongue covers the origins of English as a lingua franca and how the influences of history, such as Viking raids and Germanic invasions, have shaped it. The book focuses on English grammar and how English evolved when speakers of different languages came together. McWhorter is a professor at Columbia University, political commentator, and linguist.

2 The Adventure of English: The Biography of a Language by Melvyn Bragg

Melvyn Bragg’s The Adventure of English covers the journey of English from its beginnings in Sanskrit to its role today as a language spoken by more than one billion people worldwide. He traces its journey during British imperialism to America, Australia, India, the West Indies, and beyond, and also chronicles how words from Lewis and Clark’s journeys across America and African dialects of slaves were integrated into English vocabulary. Bragg writes this linguistic tale in a lively manner that is accessible to many.

3 The Lexicographer’s Dilemma: The Evolution of “Proper” English, from Shakespeare to South Park by Jack Lynch

Who determines what’s right in the English language? Jack Lynch’s The Lexicographer’s Dilemma details the debate over what proper English is and who gets to say so by reviewing its history and the people who have shaped it, including Noah Webster, George Carlin, Quentin Tarantino, the South Park creators, and other modern contributors.

4 The Stories of English by David Crystal

Now in a reprint edition, The Stories of English by David Crystal, the British linguist, academic, and author, gives focus to the regional dialects that shape modern usage of the English language. He uses a central chronological tale throughout the book and demonstrates that English is always evolving, thanks to its multiform varieties.

5 Dictionary of Word Origins: The Histories of More Than 8,000 English-Language Words by John Ayto

If you want a dictionary of etymologies, this is your book. John Ayto’s Dictionary of Word Origins shows where words come from and reveals the links between some of the most common words. It’s not about the evolution of the language overall; rather, it describes the evolution of words from their original meanings to the usage familiar to us today.

You don’t need to be a linguist to enjoy learning about the history of the English language. These five books are accessible to people who are making their first foray into the subject.