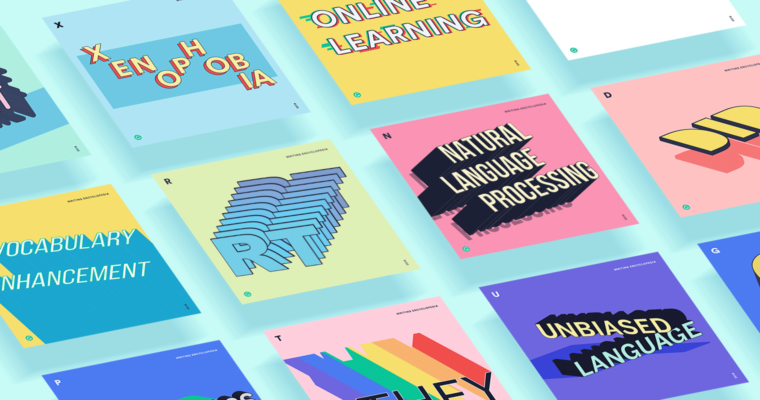 As 2019 wraps up, our team has reviewed some of the slang terms we learned this year. Although many of these weren’t invented in 2019, they were used in heavy rotation over the last twelve-or-so months. Some may have even been the basis of books or award-winning TV shows.

If you’re on Twitter, these slang terms will likely seem familiar—many of them were either born or popularized in various corners of the Twittersphere. After all, slang doesn’t exist in a vacuum, it’s often a product of environments where linguistic experimentation is highly prized. It also wasn’t the only language trend our team identified this year. Here were six of the most iconic slang terms of 2019—which ones do you know?

In ballroom culture, a “dip” is a vogueing move in which the dancer falls to the ground suddenly. Often misnamed a “death drop” by those outside the ball community, this move has been largely attributed to the New York ball scene of the 1980s and 1990s.

In 2019, ball culture has come to the mainstream through Emmy wins for shows like POSE and the heavily ball-inspired theme for the Met Gala. Ball slang, too, has entered wider American culture, with terms like “category is,” “tens across the board,” and “read” gaining wider recognition.

Have you ever seen a dog who resembles a cotton ball, a cloud, a mop, or a marshmallow? You’re probably looking at a floof. A play on “fluffy,” “floof” implies a level of fluff that cannot be contained.

Two pieces of slang come together here: “go off,” something you say to someone who is passionately speaking, whether it’s in anger, enthusiasm, or something more complex; and “queen/king,” terms that come from drag culture. Say it in earnest to your friend who’s going off, or sarcastically to someone who should maybe stop going off.

As 2019 comes to an end, we’ve rounded up our favorite English language trends from the year—some essential, and some fun—from A to Z. 👉 https://t.co/WyNPY45lcm #WritingAtoZ pic.twitter.com/SI5w4LYgYP

“RT” stands for “retweet,” the sharing function on Twitter that has been a part of the social network’s culture for years. Although this term started on Twitter, it is now being used to mean “agree” on and off the platform.

It’s old hat to declare any one year the “year of the witch,” so let’s just say witchy language became more popular this year.

With the appearance of television shows like Sabrina the Teenage Witch and much-lauded books like The Witches are Coming, 2019 was a great year for witchy language and culture. Terms like “retrograde” and “binding spell” have gone mainstream—they might even be called trendy.

Text memes. You love to see it.

These phrases likely started on sports-inclined Twitter, and they indicate the writer’s disappointment with or approval of a topic. A simple but effective communication tactic for a year of many hot takes.

Want to read the rest of the language trends our team identified this year? Check out Grammarly’s Writing Encyclopedia.
Your writing, at its best.
Works on all your favorite websites