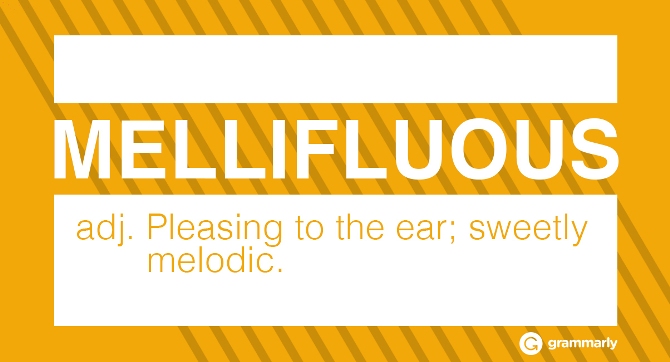 October 16, 1758, was the birthdate of the American lexicographer Noah Webster. If you’ve ever wondered who decided that Americans should write color while the British write colour, Noah Webster is your guy.

To celebrate our love of lexicography, here are ten wonderful words to add to your vocabulary today:

n. A direct or extreme opposite.

Angelica often gets into heated conversations with Duane, her ideological antipode.

adj. Dried out or totally drained of moisture.

The kitchen was bare, save for a desiccated old orange peel lying in the sink.

Karl’s mellifluous voice enraptured the entire audience until the end of his aria.

n. Harsh disapproval or criticism, especially by a large group of people.

Smith decided not to run for office after an ill-advised tweet earned him the opprobrium of half his followers.

adj. Of or related to the open sea.

As much as I’ve enjoyed our pelagic adventure, I’m ready to get back to dry land.

Sandra twirled at the end of the red carpet so the crowd could take in the pulchritude of her sequined gown from every angle.

Our Rhadamanthine camp director sounded the wake-up call promptly at 5 o’clock every morning.

After investigators discovered several secret offshore accounts, the president of the bank finally admitted to being involved in the financial skulduggery.

n. The sound of whispering or rustling.

Claude heard his own name somewhere in the susurrus coming from the antsy crowd.

Sophie was suspicious of the promises made by the unctuous vacuum cleaner saleswoman.