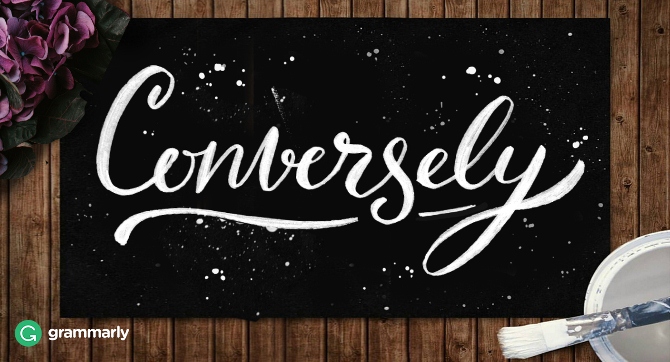 University success hinges on a lot of factors, but one commonly overlooked factor is vocabulary. Many students see vocabulary skills as secondary to core knowledge and understanding. But words are your tools—the building blocks of your essays and the best way to showcase your understanding. It can never hurt to have a bigger toolkit. Take a look at these useful words for university students.

Simply meaning “additionally” or “also,” this word is a useful way to start a sentence without losing the connection to your previous point. Moreover, it tells the reader that you’re building on what you’ve just said.

This word is a great way to underline your points: “The findings of the panel were a significant factor in changing safety standards.” Anything attached to this word is naturally highlighted.

When you need to explore both sides of a topic, this word (meaning “despite”) is great for switching from a negative to a positive. “Nonetheless” is especially useful when a positive point outweighs a negative, but the negative is still worth mentioning.

“Conversely” is similar to “nonetheless.” It means “however” or “on the other hand.” You can use this word at the start of a sentence to link two opposing views or opinions.

This means “an earlier example” and is very useful for backing up points with historical examples: “The two nations were mistrustful of each other, setting a precedent for future clashes.” You can also use “precedent” to highlight a change from the status quo.

“Hypothesis” has a very specific meaning in scientific contexts, but elsewhere it usually means “theory” or “supposition.” Many essay assignments will require you to develop a hypothesis about a certain event or situation. Creating a hypothesis allows you to examine the point methodically.

Being able to think critically is absolutely essential to your success at university. Academically speaking, “critical thinking” means “objective examination” and refers more to a scientific examination of the positive and negative aspects of something, rather than just being judgmental.

Meaning “different from normal” or “not as expected,” this word is great for identifying anything that does not fit the usual pattern. For example, a point that doesn’t fit your hypothesis might be anomalous. But be sure to think about it critically; it can also expose a problem in your hypothesis.

This everyday word is useful for essays and other work as a way to frame your ideas. By stating that something is your opinion, you protect yourself from accidentally making the reader think that you’re presenting your ideas as facts.

Most university work, but especially essays, will need to end with a conclusion. This word (meaning both “ending” and “final decision”) represents the structural part of an academic essay where you summarize your argument and discuss your findings. The word itself is a sign for the reader that what follows is your final word on the topic.