What Is “Mea Culpa”?

A family heirloom from the thirteenth century would be a valuable possession to have. You would probably cherish it for sentimental reasons even if it were not worth much money. The phrase “mea culpa” has been in the English language since the thirteenth century. Once you know what it means and how to use it, you may consider it a wonderful inheritance from Latin.

In Latin, “mea culpa” means “through my fault.” Its origin is a Catholic prayer of confession. A person might have said it as an expression of guilt and repentance after revealing some sin. Dictionaries classify it as a noun, a formal acknowledgment that something is your fault. Can you think of any other related words? Perhaps you thought of culprit, a person or thing that caused something bad to happen. Did you also come up with culpable, which means “deserving of blame because of doing a wrong act”? There are also some less known relatives such as disculpate, exculpate, and inculpable, to name a few. 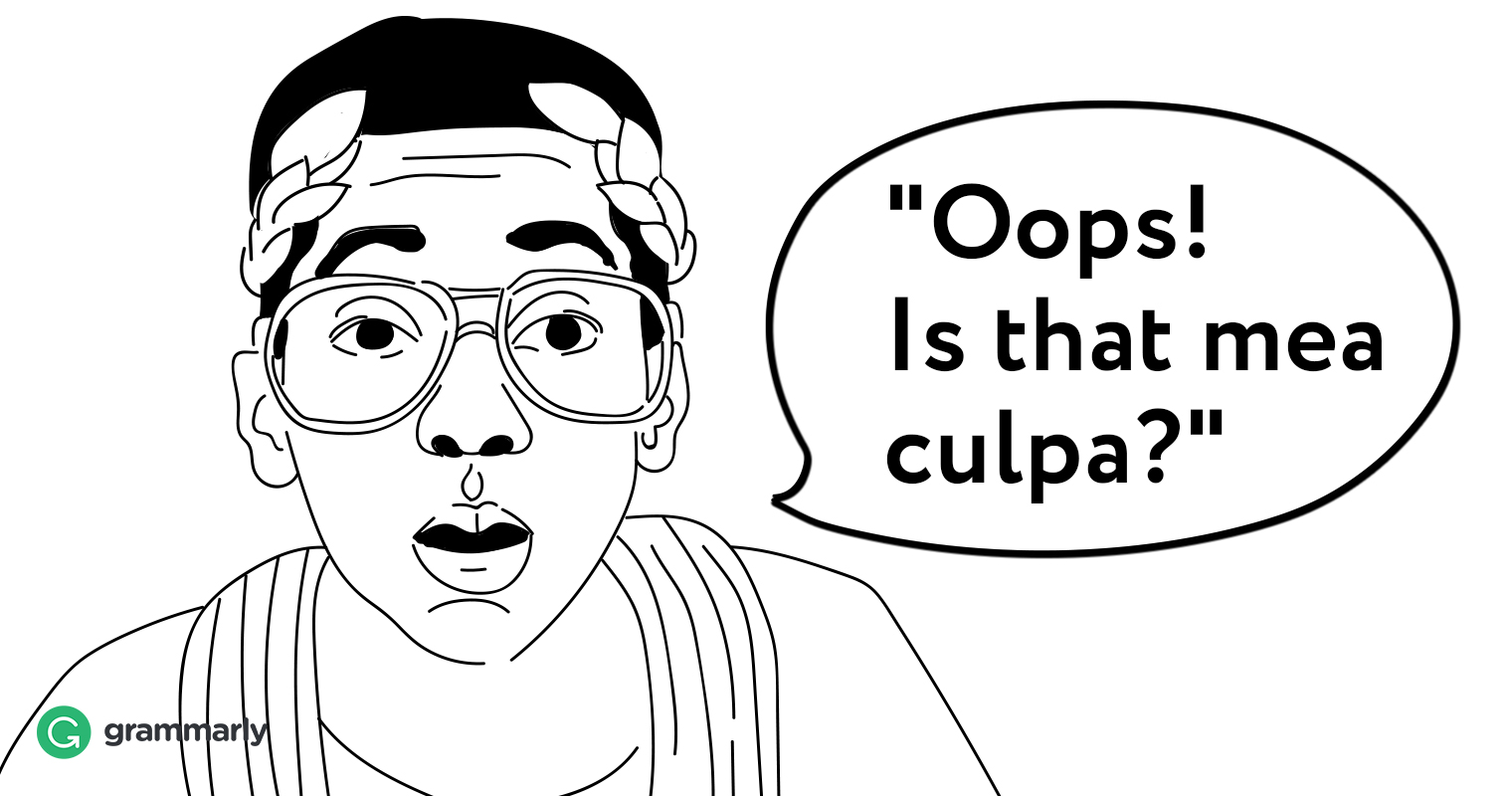 Where might you see or hear “mea culpa”? In its original birthplace, for one: the Catholic Church. The phrase is still used during the Sacrament of Penance. In The Waterbearer, a novel by Austin Repath, a scene reveals more of the confessional prayer:

“Mea culpa, mea culpa, mea maxima culpa.” Beyond the altar rail, the ancient Roman rituals of the Church were being celebrated. She watched as the shrunken little priest, gnarled by age, begged forgiveness for their sins.

Outside of literature, people use it to apologize or to take responsibility for a wrong. Let’s look at two examples. The first is a personal statement by an individual. The second example associates the term with newspapers who retract misprints and misinformation.

“I want to take this opportunity to apologize for using foul language during a private conversation I had with some members of the public that were here earlier,” Vargas said. But it wasn’t a terribly convincing mea culpa, and you had to wonder if Vargas would have said anything at all if he had not just been shamed by Marosi’s public remarks. ―LATimes.com

[The Guardian] started a prominent daily column of mea culpas under the heading ”Corrections and Clarifications.”Among other things, the corrections have dealt with spelling (the paper rendered Sir Norman Fowler as ”Sir Normal Fowler”); geography (the paper mistakenly said that Germany shares a border with Italy) and fruit (the paper called lemons alkaline, when they are actually acidic). ―NYTimes.com

If someone says “mea culpa” to you, you can graciously accept the sincere regrets. Or you can use “mea culpa” yourself to accept guilt and apologize. Do you really have familial antiques that have been passed down through the generations? Treat them delicately, or you might need this term one day!