A Guide to Themes in Writing and Literature 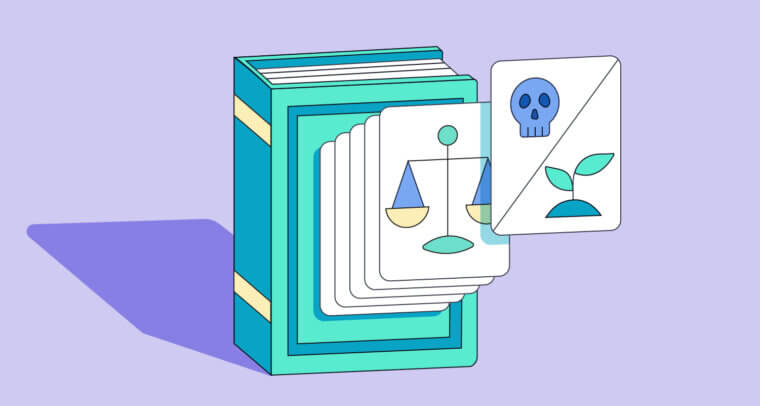 Think about your favorite book. What’s it about?

Maybe it’s about a young woman’s entry into the workforce or a family’s experience migrating to a new country. But it’s about more than that. How does entering the workforce change the young woman, and how does the family cope with moving to a new place? The answers to these questions are the books’ themes, the universal statements about life, society, humanity, and the world that their authors made through the narratives.

A story’s theme isn’t the same as its plot. It’s bigger than that. Think of a story’s plot as its body and its theme as its soul.

What is a theme, and what is its purpose?

A story’s theme is what the story is about—but not in the way you might initially think. A theme isn’t the work’s literal details like its character or setting. It’s the universal message the story communicates.

Here’s an example: Khaled Hosseini’s novel The Kite Runner is about a young man’s childhood in Afghanistan as the Taliban took over and his subsequent emigration to the United States with his father. If you read a synopsis of the novel’s plot, you would read something similar to this description. The book’s themes, however, are the bigger-picture statements Hosseini communicates about redemption, betrayal, and the complex relationship between fathers and sons.

Themes aren’t limited to stories. Every kind of creative writing deals with themes: poems, plays, movies and television, and creative nonfiction. Any piece of creative work has a theme, even when that theme is “no apparent theme.” Keep in mind that even when an author doesn’t consciously write about a theme, their work still communicates some type of underlying message—even if that message is mundane.

In contrast, business and academic writing don’t have themes. These kinds of writing can be about themes, and you probably do quite a bit of writing about themes in your literature courses. But these types of writing exist to explain, argue, persuade, inform, and generate business, not to make a statement about people or the world they inhabit. Literature is art, and academic writing about literature is the interpretation of art.

Writers use themes to connect with readers through universal artistic statements. These statements can be profound, provocative, hopeful, nihilistic, and even silly.

Certain themes come up again and again in literature. This isn’t a coincidence—these are the themes we wrestle with throughout our lives.

Common themes in literature include:

In many cases, works that explore beauty as a theme explore the very concept of beauty itself. What is beauty? What makes something or someone beautiful? Other works explore and deconstruct beauty standards, sometimes in the context of how these beauty standards privilege one group over another.

In The Bluest Eye, Toni Morrison explores this theme through a character’s desire to have blue eyes like Shirley Temple, whom the character considers beautiful.

Good vs. evil is perhaps the most well-known literary theme. Think of just about any novel or movie—the Harry Potter series, Star Wars—and you’ll likely find good vs. evil as the theme. Broadly, this theme is about how good and evil forces are, and always have been, at play in our world.

Many stories, particularly those aimed at young adult and younger audiences, center on coming-of-age themes. We all come of age—but when, how, and the circumstances surrounding it vary wildly from person to person. Great Expectations, by Charles Dickens, is a well-known coming-of-age story.

Loyalty is one of the forces that keeps friendships intact, families in power, and the status quo in place. In a story with loyalty as one of its themes, the author might explore whether these conditions are desirable—or if the loyalty keeping them in place is more destructive than beneficial.

Just like loyalty is a common theme, so is betrayal. You’ve probably encountered these themes together, as betrayal is the violation of loyalty. A work that explores betrayal might ask when betrayal is justified or explore the kinds of actions that constitute betrayal and the repercussions that can follow.

Life and death is another common theme in literature because everybody experiences both life and death. Stories might explore themes of life cycles or life after death (in the literal or metaphorical sense). Charlotte’s Web, by E. B. White, deals with this theme, exploring Charlotte’s role during her short life and everything Wilbur had the opportunity to experience after narrowly escaping death at the beginning of the story.

The world isn’t always fair. Justice isn’t always served—and when it is, it doesn’t always look how we imagined it would. These are the kinds of statements stories with justice themes might make. They might also explore themes of justice even when it’s unpopular, justice in the face of social pressure, and justice as morality. One famous example of a book with a justice theme is To Kill a Mockingbird, by Harper Lee.

Family is another universal theme because it pushes us to consider where we come from, how we fit into social groups large and small, and how our formative experiences have shaped us. Stories with family themes might explore family dynamics, resilience, life cycles, and how ideologies are passed (or not passed) from generation to generation. They might also explore themes of love, loyalty, betrayal, and trust.

Power is a common theme because power is, like many of the other entries in this list, something all of us experience. Stories that deal with power themes might ask questions about how power is attained and retained, who holds power, how power is transferred, and the impact power can have on an individual or a group.

Another common theme in literature is change vs. tradition because this, too, is something we all experience in some way. Stories might explore this theme by asking when change is necessary, when tradition is helpful versus holding people back, and how to implement change. The musical Fiddler on the Roof grapples with change vs. tradition as the protagonist’s daughters each defy tradition in unique and increasingly extreme ways.

How to identify themes in writing and literature

Look for symbolism, too. Authors often use symbolism to communicate themes. For example, one of the primary themes in J. R. R. Tolkien’s Lord of the Rings series is death and immortality. The One Ring can be interpreted as a symbol of this because of its circular shape. Consider how certain symbols might be examples of allusions or allegory, like how George Orwell used allusions to real political figures in Animal Farm, an allegory with themes of inequality, power, and control.

One strategy you can use to identify themes in literature is close reading. Close reading is the process of critically reading works, paying close attention to the author’s word choices, use of literary devices, text format, and patterns to infer the author’s thoughts about their subjects. If something sticks out to you, like an intriguing oxymoron or formatting that’s not quite the norm, take note of it. It could be a device the author used to communicate their work’s theme.

Mark Z. Danielewski’s House of Leaves is well-known for its unique formatting, and this formatting can be interpreted as an expression of the book’s theme of navigating trauma, which can be a winding, labyrinthine process.

In literature, recurring patterns are known as motifs. As you read, pay close attention to any motifs you recognize because these often communicate a work’s themes. In Margaret Atwood’s The Handmaid’s Tale, we see a motif of biblical references. These communicate the novel’s theme of the dangers of theocracy.

3 steps to create your own theme in writing

1 Map out themes and literary devices

Your story’s theme should be on your mind throughout every stage of the writing process. As you brainstorm, think about the statements you want to make in your work. Jot these down, then jot down any potential symbols or concepts you can use to illustrate these statements.

Keep in mind that for some readers, themes emerge later. So if you want to explore a setting, character, or plot point but aren’t sure which themes to explore quite yet, that’s perfectly fine. Write your story the way you want to write it, and see where the narrative takes you. It can be helpful to keep the idea of a theme in the back of your mind as you write because this can guide you to plot points, plot twists, and details to include.

Remember, you’re doing creative writing. There are no hard-and-fast requirements like there are with academic writing.

When you read your first draft, you might find patterns emerging. You might even see themes emerging. Build on them in the second draft.

If you aren’t quite sure how to execute the devices that communicate your theme, read or watch works with similar themes. Take note of how these authors and directors communicated their works’ themes and think about ways you can similarly use devices in your own work.

What is a theme in literature?

A work’s theme is the universal message it communicates.

How do themes work?

Themes provoke readers to think critically about the statements they make. A work’s theme might challenge a dominant cultural narrative or drive readers to view a specific character archetype through a new lens.

What are some common themes?