11 Emoji Tips to Save Your Texts 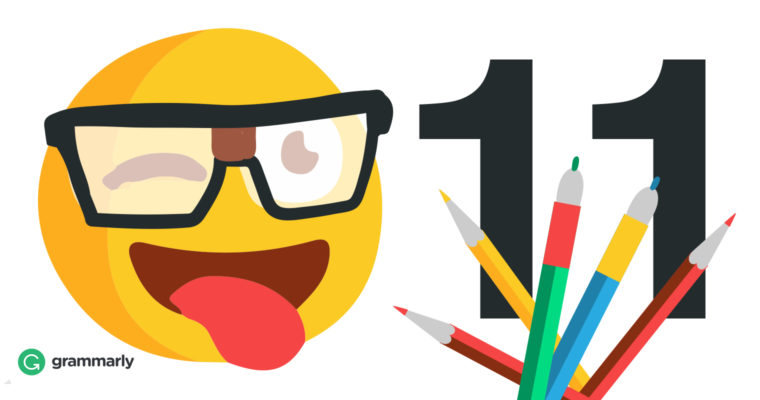 Whether you like the tiny emotion-pictures or despise them, emojis are heavily used throughout messaging apps.

If you’re new to emojis, or you’ve long been expressing your joy with crying smiling faces and your sass with reception desk workers, you can up your game. Check out these tips to make your texts as emoji-filled as possible.

Emojis may not be language, but some of the more commonly used symbols do have accepted meanings. If you’re new to the world of emojis or are using emojis in a new language, you might need to research common interpretations. A great resource to help you understand emoji “definitions” is Emojipedia, which catalogs every emoji accepted by the Unicode Consortium. For more information on emoji usage, check out the guide to emoji grammar that we created with Emojipedia’s help.

This isn’t a necessity, but if you’ve been using emojis for a while, you might try some of the (appropriate) combinations of emojis to create beautiful message-images. We especially love these tl;dr emoji Shakespeare editions, and this game of Connect Four composed only of emojis.

New to emoji? Try copy-pasting the unofficial shrug emoji into your next smug text.

3. Know when to avoid emojis.

Even if you text professional contacts or write reports in a conversational style, you might not want to use emojis. Why? Since emojis are an emerging trend in language, they’re easily misinterpreted, and they’re still not accepted in formal contexts. Before you hit send, determine if the risk of miscommunication is worth the on-trend cred you’ll gain.

4. Know which emojis to avoid.

Much has already been written about offensive emojis. There are certain emojis or groups of emojis that are probably better to avoid if you don’t know your recipient(s) well, and they could include offensive emojis (like the man in the turban) or emojis that connote violence (like the syringe and gun).

5. Let a robot choose your emojis for you.

There are several services that use artificial intelligence to predict which emojis you will send next. The most popular is probably SwiftKey, which predicts your messaging patterns to save time. If you’re at a loss for word-pictures, it may be time to try one of these apps, or translate your text to emojis using this web tool.

How will we use emojis if we don’t know what to call them? Although there is much debate, “emojis” has emerged as the slightly more popular plural of “emoji.” Consider using this plural, or least learn the origins of the word to determine which emoji plural makes sense in your writing.

7. Be professional with or without emojis.

It can be difficult to know when to use emojis at work, but it’s safest to avoid emojis in emails until you know the culture and standards at your office. When in doubt, opt for a formal but friendly tone, then add emojis gradually after you see others do the same. The Muse explains the conundrum like this: “If I send a friend a message of a stream of symbols and she’s a little confused, I know she’ll write me back asking for clarification. But my boss? Or that co-worker who never says what he’s really thinking? Where your career’s concerned, the stakes are just too high.”

8. Put emojis after the punctuation in a sentence.

In English, we generally place symbols at the end of a sentence, which is why it’s time to formalize this rule when using emojis with other writing. If you’re going to include an emoji (or a series of emojis) in your sentence, add them after your punctuation. Of course, you can send emoji combinations as standalone phrases, although they may or may not be understood by your recipients. There are also some very inventive examples of using emojis to replace words, which are entertaining but often difficult to read.

9. Try emoji combinations—but don’t expect everyone to understand them.

Emoji combinations are tricky: there are an infinite number, many meanings depend on context, and there are few standard expressions easily transliterated into a string of emoji. Also, they’re not terribly common. As this graph from SwiftKey illustrates, most emoji combinations are simply repetitions of the same emoji for emphasis. In fact, the twenty most popular combinations are single-emoji repetitions. So try your hand at some “emoji phrases,” but know that your recipient(s) may not understand you.

Many messaging networks go beyond the Unicode group of emojis, adding either secret or custom emojis to make your chats superb. Read this article from Bustle or this guide from The Verge to find the secret emojis on messaging services like Slack, Hangouts, Facebook Messenger, and iMessage.

At this point, “sexting” has become mainstream, with major figures admitting to engaging in various forms of risqué messaging. Sexting and emojis have evolved near-simultaneously, which means that there are a subset of emojis that are often used for not-safe-for-work purposes. Avoid common sexting emojis like the eggplant, peach, tongue, water droplets, and volcano—unless you’re trying to communicate something a bit more adult.