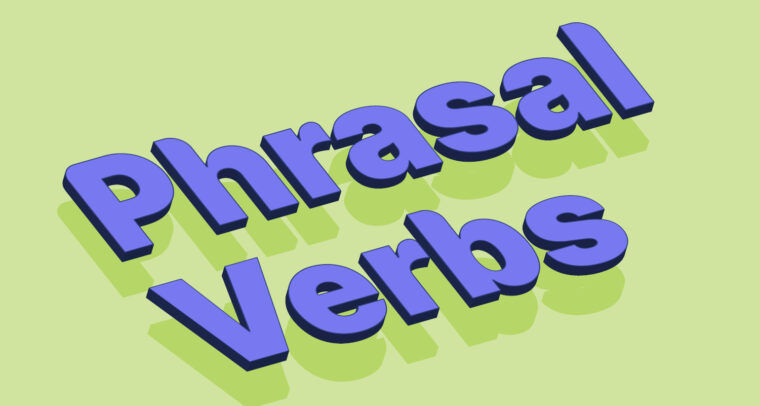 If you’re learning English, phrasal verbs may seem intimidating at first—but they become quite simple and useful when you learn to use them appropriately. A phrasal verb is just what it seems: a phrase consisting of a verb and one or more other sentence components, such as a preposition or an adverb.

What makes phrasal verbs tricky is that they are inherently idiomatic and cannot be easily understood by the individual words that make up the phrase. When you encounter phrasal verbs at work or out in the world, they can be difficult to contextualize. The best way to get comfortable with the many different phrasal verbs used in American English is to simply dive into—investigate—some of the most common ones.

Example: Roy called around to find a nearby mechanic.

To verify a person or thing. When regarding a person, this phrase can also be flirtatious.

To clean a general area.

To occupy oneself with something.

Example: Abed dressed up for the presentation.

To eventually become a certain way, or find oneself in a situation.

Example: He ended up taking the job.

To fill something completely.

Example: Let me know when you find out the answer.

To have something returned.

To escape punishment or some other unpleasantness.

Example: Shirley got away with cheating on the test.

To be friendly with one another.

Example: Franny gets along with Kristin.

To donate something or to give it up for free.

To cease consuming or doing something, often a habit.

Example:Sally let Mark down when she showed up late.

To take care of someone or something.

Example: Thank you for looking after me when I was sick.

To bring up bring something nearer.

To add something to your person or an object.

To tolerate or condone.

To drain the supply of something.

Example: Maria ran out of paper towels and had to go to the store.

To make sure something is done.

To resemble, usually used to describe parents and their children.

Example: Li takes after his father.

To move something outside.

To dispose of something.

To fill something to the top.

Example: May I top off your beverage?

Example: Billie waited on the table of customers.

FluencyThe 5 Most Confusing Things About the English Language

Fluency5 Ways to Learn English Fast and Effectively
Writing, grammar, and communication tips for your inbox.