What Is Narrative Writing? 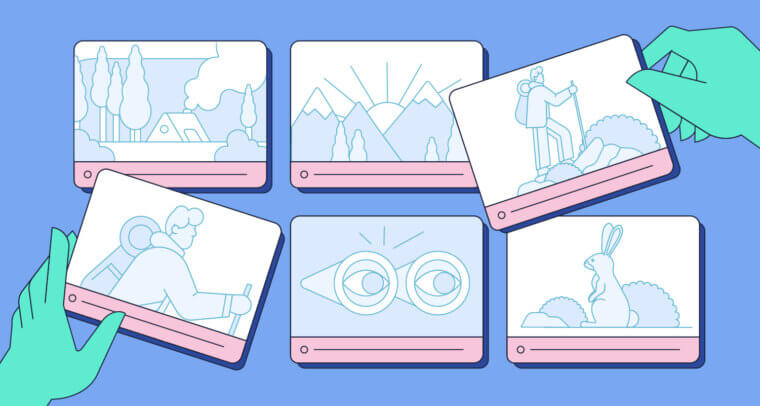 Narrative writing is, essentially, story writing. A narrative can be fiction or nonfiction, and it can also occupy the space between these as a semi-autobiographical story, historical fiction, or a dramatized retelling of actual events. As long as a piece tells a story through a narrative structure, it’s narrative writing.

There are multiple ways to write a narrative. The right kind of narrative for your story or essay depends on your goals for the piece you’re writing.

One specific type of linear narrative you may be familiar with is the quest narrative. This kind of narrative tells the story of a character’s quest to reach a goal. Often, this quest involves traveling to a far-off location and overcoming obstacles to achieve the goal. Shrek is an example of a quest narrative. In addition to following the standard quest narrative structure, Shrek also satirizes many of the tropes associated with this kind of story, like a princess locked in a tower guarded by a dragon.

By choosing a nonlinear narrative for your writing, you can emphasize your characters’ emotions and perspectives on the events in the story. You can also highlight key events and include scenes that provide necessary details that wouldn’t fit into your story’s timeline otherwise.

A viewpoint narrative focuses on the narrator’s perspective of the story’s events. Generally, these kinds of stories are more character driven than plot driven. The Catcher in the Rye is one of the most popular examples of a viewpoint narrative. By putting the reader in protagonist Holden Caulfield’s head, author J. D. Salinger created a unique perspective that allows the reader to experience Holden’s romp through New York City firsthand and feel what he feels as the narrative unfolds. Imagine if the novel was a linear narrative told through a third-person point of view—reading it would be a very different experience, wouldn’t it?

Through a narrative viewpoint, you can explore facets of your protagonist’s personality and expose your readers to their thoughts. This kind of narrative is an effective choice for personal essays and stories with perspective and personal growth themes.

In a descriptive narrative, the focus is on how the story’s setting, characters, and objects look and feel. The goal here is total immersion in the world of the story; this is different from how a viewpoint narrative strives to create immersion in a character’s inner world, a limited perspective on the world of the story. A well-known example of a descriptive narrative is Edgar Allan Poe’s short story The Tell-Tale Heart. After murdering a victim and hiding his heart beneath a floorboard, the narrator hears a heartbeat-like thumping, which gets louder and louder until they confess to their crime. The narrative is structured like a conversation between the reader and the narrator, with the narrator’s distressed mental state and strong emotions expressed through Poe’s word choice, sentence structure, and manner of addressing the reader.

If you’re assigned to write a descriptive essay, you’ll use descriptive narrative techniques to discuss the topic you’re covering. These include using vivid imagery to introduce specific objects and ideas, personification, and similes.

Use your narrative to build characters

When you’re writing in the first-person point of view, your story’s narrator is one of the characters in the story. Use this role as an opportunity to shape their character through their word choice, perspective, and reactions to the events in the story. Your narrator doesn’t have to be omniscient, nor do they necessarily have to be trustworthy or even the story’s only narrator—experiment with things like an unreliable narrator, a limited point of view, or alternating narrators (which gives the reader a taste of each character’s perspective).

Listen to how people tell stories

Next time your friend tells you about their day, pay as much attention to how they tell the story as you do to the story itself. Listen for the jumps forward and back, asides, tangents, and how your friend’s volume and animation level change at different parts of the story. You’ll notice that certain parts get “fast-forwarded” while others split from the logical, linear narrative and involve more abstract, descriptive language.

When you sit down to write your next narrative piece, keep these storytelling ebbs and flows in mind. Think about where your friend slowed down to build suspense and where their tone changed to communicate how they felt at different points in the story. You can create these effects in your writing through thoughtful word choice and pacing.

Writing a linear narrative doesn’t mean you can’t incorporate elements of a descriptive or viewpoint narrative. If your nonlinear essay about the five best summers of your life calls for a passage that shows the reader everything you saw, smelled, and swatted away one year at camp, write that passage.

Give yourself permission to play. Make up your own onomatopoeia. Put yourself in two different characters’ heads and describe the same building from each character’s perspective. Then write the characters’ conversation with each other about the building. Follow your stream of consciousness as far as it can go and see where you end up.

This playful kind of writing is called freewriting. It’s a fun way to get yourself into a creative mind frame and create a world on the page. There are no structure rules and there’s no reason to worry about grammar—the writing you produce during a freewriting session is the raw content you’ll shape and polish into a coherent narrative later. For now, give yourself permission to play.

Grammarly can help you tell your story—any story—with confidence by ensuring that your writing is mistake-free and conveys the exact tone you intend. Consider it a built-in editor that helps you hone your craft as you write.