How to Take a Break Without Breaking Focus 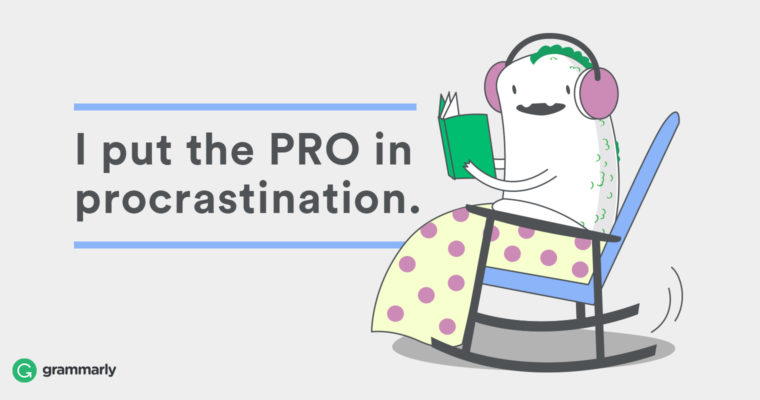 We all procrastinate from time to time and struggle to get things done. For years, much of the dialogue around procrastination has been about how to fight it and, theoretically, win. However, that approach has left a whole lot of us—included me—feeling pretty pathetic when we just can’t kick the habit. Turns out, we’ve been duped. For the last several years, experts have made headway in transforming procrastination from an evil that must be vanquished to a tool worth embracing in all its paradoxical and oxymoronic glory.

Let me introduce you to productive procrastination.

The secret of my incredible energy and efficiency in getting work done is a simple one. The psychological principle is this: anyone can do any amount of work, provided it isn’t the work he is supposed to be doing at that moment.

The main idea here is that you learn to pit your tasks against each other so that in procrastinating on one, you actually accomplish a lot of others. This can mean structuring to do lists so that your bigger, more vague tasks are at the top, but the actual work you need to do that day is somewhere lower down. Or just allow yourself to do something else as long as that something else isn’t binge-watching Netflix/scrolling through Facebook/pick your poison.

2 Try the “Nothing Alternative.”

Roy F. Baumeister, a social psychologist, coined the term “Nothing Alternative” to describe a strategy where you are given the choice between boredom and actually working on what you need to work on. The New York Times demonstrates the effectiveness of the method with the example of writer Raymond Chandler, who forced himself to write for hours a day by following two rules:

Judging by Chandler’s output, it seems you’ll get a lot done just to avoid boredom.

Lifehack put together a pretty good list of things to procrastinate with, but one item on their list deserves special attention—organization. In all its forms, organization can be simple and makes life easier. There’s also a short feedback loop so you feel good about what you’ve accomplished. (Flow, anyone?) The best part is that organization can be for the task you actually need to do, and it doesn’t need to be particularly coherent (yet). For example, organizing your desk before writing or creating a blog to-do list—rather than writing the blog—can move you in the right direction but scratch your procrastination itch.

So, let go of some of the guilt and embrace active, productive procrastination as a way to get more done.