10 Commonly Misspelled Words, and How to Get Them Right 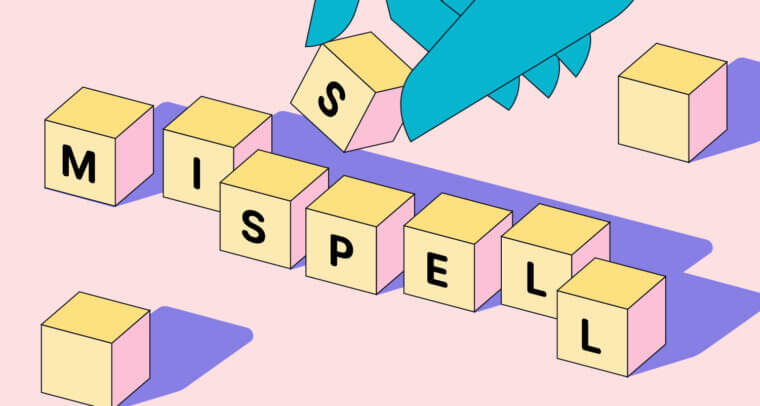 Spelling words correctly can be an underappreciated skill because it’s considered such a basic characteristic of strong writing. However, spelling accurately isn’t always as straightforward as it seems, according to a recent survey by Signs.com.

In a survey of 1,000 American respondents, 78 percent said their spelling skills were “above average.” However, of those who participated in the survey, 20 percent misspelled the word “misspell.”

It’s a common mistake, but one that’s best to avoid. The first step to spelling correctly is being aware of commonly misspelled words and learning how to get their spelling right.

Why are some words so easy to misspell?

Certain words in English lend themselves to misspellings. They may cause confusion about whether to use a single letter or double letters—like “cc,” “ss,” or “pp”—or how a prefix or suffix affects a root word, or they may be words that look different from how they sound.

Even though a lot of writing today is performed digitally with built-in spellcheckers, there are instances when a spellchecker isn’t available to autocorrect poor spelling. For example, when you’re writing a message in a greeting card or writing a handwritten note to your boss.

Honing your spelling is important in all types of writing, whether professional, academic, or personal. The same survey found that 65 percent of respondents said typos were unacceptable in their professional industry, and about 77 percent said they wouldn’t be attracted to a dating prospect who didn’t know how to spell.

American English can be complicated, and writers often assume that words are spelled differently than they are, which leads to common misspellings.

Although it’s not an exhaustive list, here are 10 examples of commonly misspelled words.

There’s often confusion about whether to use one or two “p” and “r” letters, as well as whether the word ends in “-ent” or “-ant.”

The uncertainty of using “-ie” or “-ei” in the word “believe” and other words with the same pairing (“relieve,” “deceive,” etc.) led to the creation of the following mnemonic device: “‘i’ before ‘e’ except after ‘c’ or when sounded as ‘a’ as in ‘neighbor’ and ‘weigh.’”

The French origins of “entrepreneur” make this word a tricky one to spell. It has a variety of misspellings, some of which include dropping or misplacing the “r” in “-pren-”; other common misspellings have issues with the “-eu” at the end of the word.

Having different letters in a word that produce the same sound can lead to incorrect spellings. In “license” the “c” and “s” are often swapped, or an extra “c” or “s” is used to form the word.

Although “licence” is not considered an incorrect spelling in the rest of the English-speaking world, when writing in American English, you should replace the second “c” with an “s.”

The last part of the word “privilege” sounds similar to how you might say “ledge,” but in the correct spelling of “privilege” there’s no “d.” The “i” before “-lege” is also tricky since some might pronounce it similarly to the short “e” sound and incorrectly spell the word as “privelege.”

The spelling of “pronounce” is what leads writers to spell “pronunciation” incorrectly. They use “-noun-” instead of the correct form—“-nun-”—which drops the “o.”

It’s common for writers to erroneously replace the second “e” with an “a.”

The mnemonic device “i before e . . .” mentioned above makes this word particularly confusing. If you steadfastly follow this device, you’d expect to spell the word using “-ie,” as in “wierd.” But it’s, well, weird.

The “-ea” in weather can cause a spelling mix-up. Since the “a” is silent, it’s sometimes dropped, or the letters are reversed as “-ae.”

Additionally, “whether” is a real word and not an incorrect spelling in itself, but when used in a climate-related context, it becomes a common misspelling of “weather.”

How to avoid common spelling mistakes

If you tend to misspell words, below are tips to improve your spelling and finally get it right: