7 Books Every Student Should Read Before Entering the Workforce 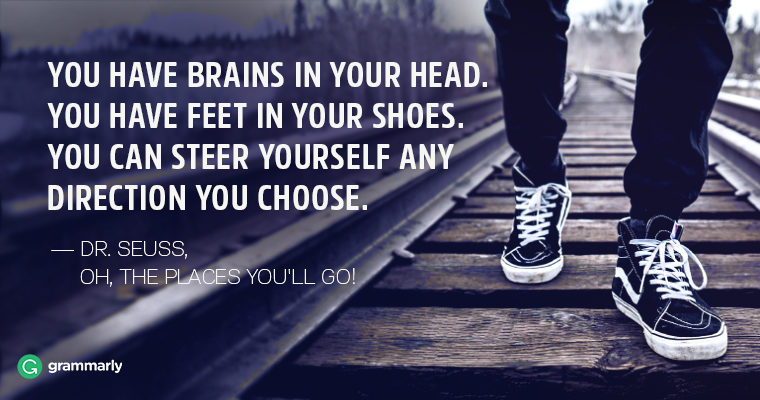 Unless you’re really lucky, you’ll have some time between taking your last step out of your college and your first step into a new job. You can spend that time trying to have as much fun as you can, basically prolonging the college experience as long as possible. You can spend that time trying to figure things out, yourself included. You can travel, paint, or volunteer. You can do a lot of things, but what you can’t do is escape the fact that, unless you have a trust fund, you’ll have to join the workforce (cue Pink Floyd’s “Welcome to the Machine”). It will be a big change, and it might be tough. Luckily, there’s a tool we humans use to extend our knowledge to others and pass it down to coming generations: books. The right book at the right time can give you guidance, advice, inspiration, or words of warning for this transition.

1 This Is Water: Some Thoughts, Delivered on a Significant Occasion, about Living a Compassionate Life by David Foster Wallace David Foster Wallace, a writer (and the world’s foremost bandana wearer, aside from Tupac), gave a commencement speech at Kenyon College back in 2005. This speech, titled “This is Water,” was posthumously published in the form of a book, and if you can read only one book on this list, it should be this one. In a very smart and thoroughly human way, Wallace captures the post-college human condition experienced by people who are a part of the workforce, and gives thoughtful advice about making the most out of it.

2 How to Win Friends and Influence People by Dale Carnegie A self-help book from the 1930s that’s still as influential as it’s ever been, Carnegie’s How to Win Friends and Influence People is a must-read for everyone whose work will include any form of contact with people. The book will teach you how to win friends and influence people, just as the title says, and you can imagine how helpful that might be with coworkers, clients, and customers. Previous editions had sections about writing effective business letters and marital satisfaction, but those were dropped in more recent editions. You have this blog to help you with business writing; for the marital thing, you’re on your own.

3 A Room of One’s Own by Virginia Woolf There’s more than one reason you should read Virginia Woolf’s A Room of One’s Own. The sheer guts she displayed by giving lectures about lesbianism, feminism, and gender inequalities is one reason. The fact that women are still paid less than men to do the same jobs around the world is another one. And it also carries the lesson that, no matter your gender or occupation or the hardships you face, you should fight to carve out a room of your own, a place for your passions.

4 Quiet: The Power of Introverts in a World That Can’t Stop Talking by Susan Cain Those who aren’t particularly outgoing and tend to keep to themselves might think they won’t have a nice time joining the workforce. According to Susan Cain, they might be onto something, because it seems that today’s culture prefers extroverts. In Quiet, Cain aims to show the folly of such an approach while also giving introverts plenty of tips on how to find their way in this culture. This book aims to change minds, so extroverted college graduates should read it as well.

5 Personal Finance for Dummies by Eric Tyson Starting to earn money is one thing; learning how to manage it is a completely different thing. What to do and what not to do with your personal finances is something that’s best learned before you actually have personal finances, and Eric Tyson’s book will provide plenty of good advice about what’s ahead of you in your professional and financial life.

6 7 Habits of Highly Effective People by Stephen R. Covey Another self-help classic, Covey’s seven habits have been so influential that they garnered him an invitation from President Bill Clinton for a chat about ways to implement the seven habits in his presidency. What makes the book so influential is that it carefully balances independence and interdependence, giving advice on how to prioritize personal goals, but also how to use empathetic listening to understand others.

7 Working: People Talk About What They Do All Day and How They Feel About What They Do by Studs Terkel The last book of the list is a book in which people talk about their work and how it makes them feel. Studs Terkel’s masterpiece is an oral history that delivers exactly what it promises—regular people with regular thoughts about their jobs. The jobs the people in the book have are widely varied, so you’ll read the thoughts of a piano tuner on one page and the musings of a tennis player on another. And even though it was written in 1974, it’s still a very valuable resource for you, the person about to join the workforce.